The Christmas Spirit: Proof Jesus Was Not Born Sometime In September 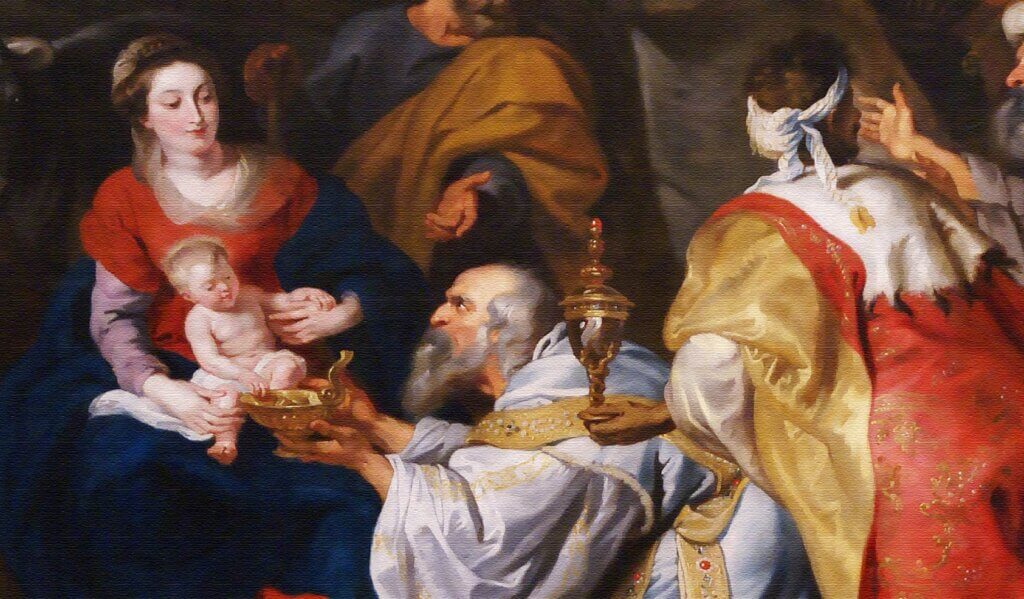 Every December, Christians are subjected to a host of dour, skeptical, and cynical claims about Christmas. We are told that, back in the day, Christmas was actually a pagan holiday. We are told that Jesus was actually not born on December 25th. And even after the mountain of evidence against these skeptical claims is sorted out, there is also the accusation that Christmas has become nothing more than a cash grab. Perhaps Christ was born on the 25th, and perhaps Christmas was not originally celebrated in honor of Saturn, but is there any doubt Christmas now primarily exist to glorify Mammon? Some people will simply not be content unless those who celebrate Christmas do so with a little shame, a little embarrassment over the matter, as though the celebration of Christmas is something we condescend to do, perhaps even against our better judgement. It is permissible to celebrate Christmas, but only if we do so with a little critical distance, as though Christmas were some silly child’s game which we must dignify with fancy speeches about the Incarnation.

Those who reject the December 25th date are prone to say that “Christ was actually born sometime in August or September.” I will not comment on the smugness typical of those who make this claim, for in truth, I am quite smug and bratty in my insistence He was born on the traditional date. But it is worth noting that “Christ was actually born sometime in August or September” is not merely an historical claim, but a theological claim, and a strange one at that. “Sometime during August or September” is a theological claim which suggests it does not matter when Christ was born and that God has no interest in His people knowing when Christ was born. Is this consistent with everything else we know about Christ’s birth? God wants us to know who gave birth to Christ (a fact which Scripture declares significant), the circumstances under which she gave birth to Christ (a fact which Scripture declares significant), the country where she gave birth, the kind of room in which she gave birth, the specific manner in which His birth was announced to Joseph (in a dream), to astrologers (by a star), to shepherds (in a manger)… Why would we assume the day on which He was born was not significant? It is fair to say that the December 25th date is a Catholic tradition, and Catholics are often accused of being superstitious, but let us admit that if the story of the star leading the astrologers to Christ were not contained in Scripture, but were merely a tradition of the Church, there’d be no small number of modern Christians who claimed the story was invented by the early Church out of jealousy for the stories of astrological signs accompanying the births of Roman emperors. Read Suetonius’s The Twelve Caesars and note how Romans expected their emperors to be born under auspicious signs and on auspicious days. In its’ relationship to Passover and the Solstice, December 25th is just such a date. It is the cherry on top of a birth which is richly attended by all manner of other very pagan-esque portents.

Against the “sometime during August or September” claim, I offer strange evidence. I offer the Christmas spirit. The Salvation Army bell ringers in America collect more than 135 million dollars between November 28th and December 24th – 5 million dollars a day. Does anyone honestly believe they would take in this much if they rang their bells in April? It requires madness or blindness to not recognize that a unique spirit of generosity and open-handedness overtakes Christian men during Advent. There are Christians in this country who never give to the poor, and yet during Advent, they are overcome by an unexplainable spirit of liberality and magnanimity which is otherwise absent from their lives. They “give to everyone who begs from you,” as Christ commands us in Luke 6, and they give to those who cannot possibly repay. Stories of Christmas generosity from our own era are simply the continuation of ancient traditions which date back well over a thousand years; Christmas seems to have always been attended by lavish giving. Whether historical or fictional, the figures most readily identifiable with Christmas— Ebenezer Scrooge, the 10th century Bohemian King Wenceslaus, the 4th century Turkish saint Nicholas, the magi who visit Christ— are all renown for their charity.

There are, of course, many ways of rationally explaining all this away. People are expected by society to be more generous at Christmas time, and so they only give to keep themselves from embarrassment. They feel guilty for not giving, and their charity is merely to salve a guilty conscience. Or, they enjoy the warm feeling which comes from giving more during December than any other month, and so they do so to put themselves in a more agreeable mood. However, in explaining away Christmas we risk explaining away the whole of Christianity, for the Christmas spirit is simply a microcosm of Christianity. The Christian who dismisses the Christmas spirit as nothing more than a happy pathology must borrow from the same arguments which atheists use to dismiss every work of God in man.

While many Christians disdain people who only come to Church on Christmas, we ought rather be grateful that there is one time a year in which those who are closed off to God become mysteriously open to His love. Christmas is a season which softens stony hearts, recalls noble oaths made long ago, and brings to mind not the judgement of God, but His clemency, longsuffering, and mercy. What I am suggesting about the season of Advent is simply that no purely logical, natural explanation exists for the changes and good desires which settle into our hearts. Once a year, the watery zeitgeist parts and we pass through the world a little less soaked by the folly and selfishness which flood our hearts the rest of the time. Christmas is not game of dress-up which is lucky to have us in a playful mood, and neither is Christmas some tawdry, silly holiday which depends on a sermon to be of real value. Two thousand years ago, Christmas concerned the surprising reconciliation of man and God and nothing has changed about it since then.

My exhortation, then, is that you see the Christmas spirit as a gift from a God who loves you very much, and to simply be swept along with it as long as that Spirit is willing to linger. Give to those who cannot repay, give to every one who asks of you, and do not disdain those who are lower than you, but lower yourself and lift them up.