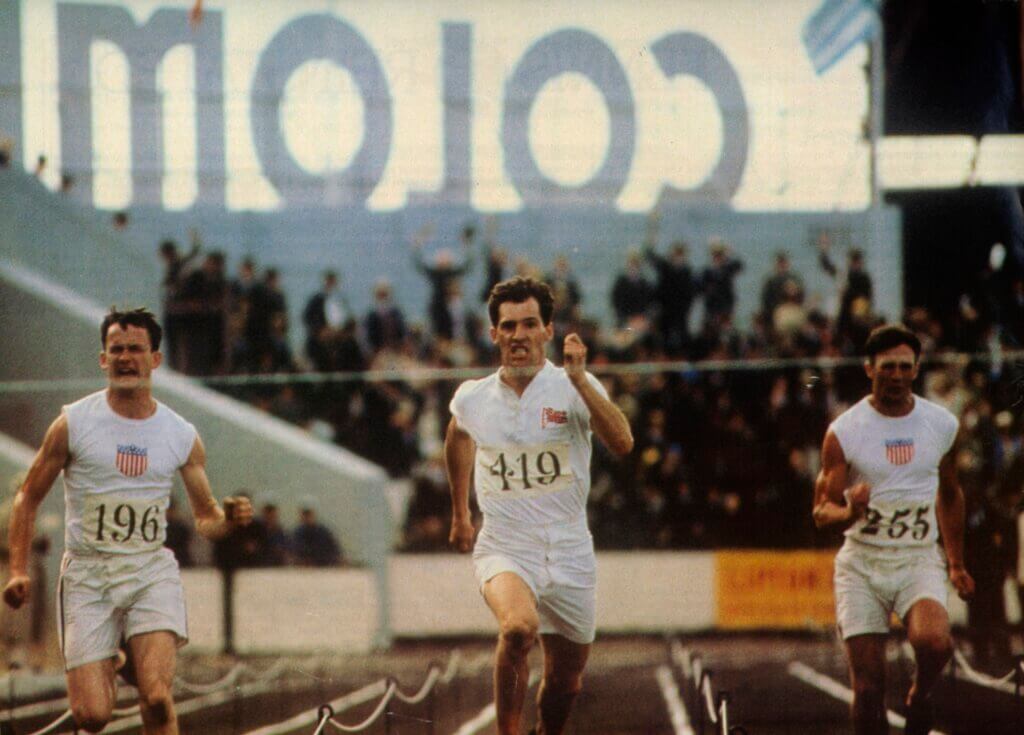 In the last hundred years, high school sports have enjoyed a remarkable apotheosis. Sports entered American high schools around the beginning of the 20th century at the behest of Theodore Roosevelt, who believed an exhausting evening on the court would render a young man too tired for debauchery. Sports were first given for the sake of teaching morality. The slowly emerging divinity of sports, however, is intimately joined to the fact they are ungraded. As a man receives no grade for attending Church, neither does a forward get a C- for only scoring six points against Central. History class caps off at an A+, though, which means History is limited, finite, temporal, as are geometry class, thesis, and Bible. But every basketball player can endlessly refine his play, and so basketball opens unto the infinite. The cliches about “giving 110%” in a game are truer than we credit them; because sports are chiefly concerned with divinity and beauty, sports involve an overwhelmingness of being, a surfeit of reality. Who would dispute the idea that Caravaggio also gave 110%?

The divinity of sports is known both in practice and performance. To play basketball or football on a team requires submission to exhausting preparatory rituals wherein fat and laziness are purged from the body. Players complain of these practices. Games are fatiguing, travel to games is time-consuming, and hundreds of hours of practice regularly end in crushing disappointment. In America, religion is neither as physically or spiritually demanding as football. Rather, American Christianity is highly compatible with a sedentary lifestyle, but sports will actually transfigure the shape of a man’s body. Sports are about an ever deepening submission to an excellence of form, and for this we applaud even a brilliant losing effort or begrudgingly admit the genius of our opponents. Sports have the power to enliven even the hostile soul to the elegance of the enemy, which is to say sports are far more humane than the truncated, reductionistic Christian weltanschauung we use to eviscerate our opponents in philosophy class.

Sports are accompanied by ceremonial dress, but while students are apt to complain about the blue Land’s End polo shirts they must wear to class, they are less inclined to complain about the jerseys they must wear on court. And why? Because History has not been presented as a divine thing, but a slavish thing. You must study History, but you are free to play basketball. Thus, History is a forced labor, and basketball is aristocratic, gracious.

While a math teacher explains the laws of geometry, he will occasionally have to answer the question, “When are we actually going to use this in the real world?” The question is a trick, though. Students ask this question to confirm the slavish nature of geometry work. No basketball player has ever been shown a diagram of a play and asked the coach, “When are we going to use a pick and roll in the real world?” Basketball players never ask about the real world when studying plays because the plays are good in and of themselves. So, too, the wine enthusiast does not ask about real world application when being handed a cool glass of Riesling, though drinking it will not help him pay the bills. As far as “use in the real world” is concerned, the things we love tend to be useless. God Himself is useless, for all things are used to reach God. The closer a thing is to God, the more useless it becomes. Pliers are useful and not particularly divine, as are glue, tacks, bricks, clothing and lightbulbs. Money is about as useful as things get, and if Christ is to believed in Matthew 19, the quicker a man abandons his money, the closer he gets to perfection. Sports are almost entirely useless, though. And so sports are divine.

The more necessary History is for success in the world, the less divine. If History class is about scholarships, better jobs and better paychecks, it is servile, inevitable, no less mundane than brushing your teeth. The less necessary basketball is, the more godlike, for it is the hobby of a free man, a noble, a man who is not purely governed by material needs and social obligations. Inasmuch as students who are fastidious about grades are also zealous to play basketball, they reveal the true, though often hidden aristocratic spirit buried deep in every human soul.

Many teachers suffer from the delusion that students will care deeply about a thing if that thing is shown to be necessary for success in their next lives as adults. In eleven years of teaching, though, I have generally found teenage sympathies nearly impenetrable by concerns for the future. This is no hard and fast law, but proverbially true. Neither do I fault teenagers for this, for they have not yet taken possession of themselves. The law does not take them seriously, most teenagers serve no necessary material function in the family, and very few of them have yet discovered the lifelong infirmity which the Almighty will use to remind them of their mortality. I was informed I had kidney disease in my high school days, though upon hearing it would not really effect me until my 50s, I nearly went away skipping, thinking, “Nothing is wrong with me at all!” When a teacher is asked what “real world application” Geometry has, answering the question in the affirmative merely proves Geometry is completely irrelevant now, which means the student will not truly care about it. For this reason, I must continually remind my students, “If you don’t try to obtain virtue now, you won’t care about it later. There’s no such thing as caring about virtue later.”

Some reading this might be tempted to say my claim that sports are divine is a cynical one, and that there is a hidden insinuation here that our love of sports is idolatrous. This is not so. The Christian view of the sacred is not like the pagan. For the pagan, the sacred is a thing forever set apart from the secular: the sacred is here, not there. This owes entirely to the fact that pagan gods are finite. The Christian God is omnipresent, though, and thus sacred things are not opposed to secular things. For a Christian, the sacred is sacred because it reveals the sacredness of all things, not because it is metaphysically other to that which is common. Sacred things are sacred things which God obviously speaks through, and secular things are sacred things which God does not obviously speak through. Thus, the Christian religion teaches us how to see the world, how to taste the world, how to listen to the world… The Christian religion does not propose a particular way of seeing, tasting, and listening which is confined to the realm of the sacred. Sports are divine, but the divinity of sports does not impose on God. Rather, sports are simply a realm of our lives which are uniquely open to the divine. We have made History and Algebra hostile to the divine, and thus the divinity of sports sometimes appears as an idol. Over the 20th century, sports have simply been the repository (the faithful remnant) of truly classical methods for learning, even while the classroom largely became a materialist factory.

It is high time, though, for sports to expand into the classroom.