Can Art With A Good Message Destroy Your Soul Anyway? 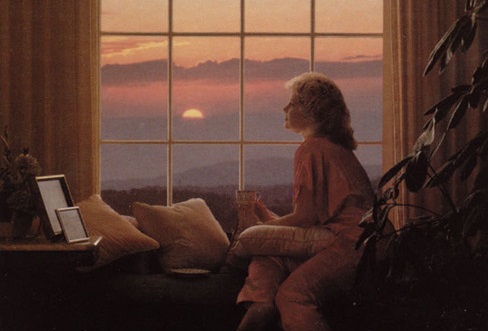 Merely acknowledging that “the medium is the message,” as Marshall McLuhan famously opined, cannot help these questions. If the medium is the message, I still want to know how valuable the message is. My students are quite taken with the importance of “messages,” but I am yet to see messages do people much good. So far as art is concerned, good messages are often more of a distraction than a boon.

However, all things are both substance and idea: buildings, tables, trees. The idea of a thing is the unifying principle of the thing, what holds the thing together. When the soul of a man departs from his body, his body falls apart. Space intrudes between the parts of a man, and he is reduced to parts. When the soul departs, the body does not hold together. When an old building begins falling apart, we might also say the idea of the building is separating from the substance of the building. The building is losing its unity. The soul of the building departs as the walls crumble and the roof caves in.

However, there are two ways in which art might “last.” On the one hand, a painting might physically withstand the ravages of time. If a man paints a red square on canvas and the red square looks the same a hundred years later, the art has “lasted.” However, when we speak of classic works of art, we are not merely speaking of art which has physically sustained itself for a long time. A classic work of art has “lasted” in the hearts of men.

The way classic art “lasts” in the hearts of men is similar to the way anything physically “lasts,” though. Classic art lasts in the heart of men for two reasons: the artist has a deep soul, and the artist has the ability to deeply give that deep soul to a substance. Bach had a deep soul and the power to deeply set his soul in music. Bach’s soul is the unifying principle of his music, and because his soul was deep, his music is “well made” in the same way that a solid oak table might be “well made.” As the table does not fall apart, neither does Bach’s music fall apart in the hearts of men.

On the other hand, Taylor Swift does not have a deep soul, and neither does she have a profound ability to bequeath what soul she has to substance. Her music will not last in the hearts of men for the same reason a table made of plywood and staples will not last; the idea will quickly fade from the substance, the soul will escape the body, the form will recede from the material. In one sense, a recording of “I Knew You Were Trouble” exists as much today as it did when the song debuted five years ago. But the song receives almost no radio play today because the soul of the song has slipped away; the song had little soul to begin with, and what soul it had was poorly fixed to the music.

It is striking that most Christian music made today is no less disposable than its secular equivalent. Secular pop music fades quickly, but so does Christian music. Christian film is no different. Very few Christians listen to Sandi Patty’s Morning Like This today for the same reason very few hedonists still listen to 2 Live Crew’s As Nasty As They Wanna Be. Regardless of the truth or power of the message of Morning Like This, Sandi Patty had neither the depth of spirit nor the generosity of spirit to produce lasting art. This is no criticism of Sandi Patty as a person. I will never make anything classic either. Very, very few human beings do.

The message of a book or film or song is not what transforms the reader or the audience. The man who only ever exposes himself to good messages issued from shallow spirits is more likely to adopt that shallowness of spirit than the goodness of the message. For this reason, a man’s soul might gain more in reading Thus Spake Zarathustra than another Christian book about the family. Is anything more disposable than Christian books about the family? In the parable of the sower, Christ distinguishes between shallow ground and good soil. Plants grow from shallow ground quickly, but they do not last. A Christian husband who reads a pop theology book about the family might be extra nice to his wife for the two weeks after he finishes it, but become a more shallow person in the long term. Shallow soil produces quickly, but unsustainably.

The transforming power of classic art is this: deep-souled art grants depth of soul to the one who receives it humbly. Taking in Dante, Beethoven, and Rembrandt is just as much about enrichment as education. Dante is not the Seed, he is not the Word, but he is the ground. He is good ground, and the daring wager of classicism is this: you can borrow his depth.