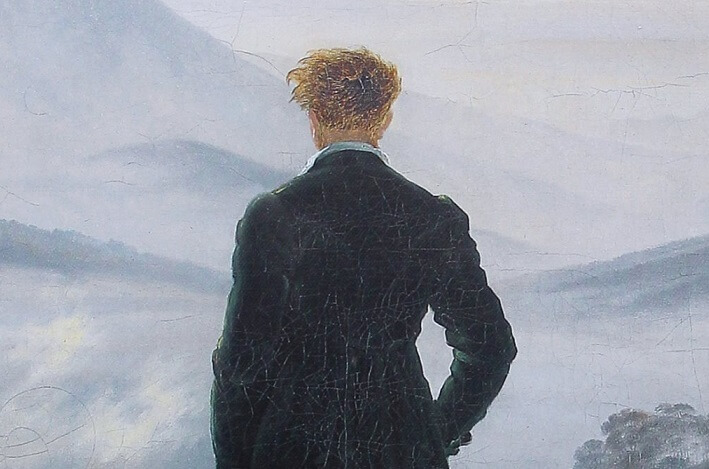 What follows is the catechism my Modern European Humanities students are reciting at the start of class every day. I am grateful for the help of my colleague John Alley is putting it together, and I would like to acknowledge my friend Jonathan Councell, whose ideas and conversation inspired the first two (and perhaps the most important) questions below.

This year, I have tried to include as much canonized material as possible in the catechism. Where I could not pull from the canon, I have included quotations from contemporary scholars I esteem highly. Longer passages below are variously borrowed from Kant, Burke, and Bronte, but also from Peter Leithart and Roger Scruton.

1. Gentlemen, what are you?

I am a king, for I rule myself.

I am a queen, for I rule myself.

3. What does it mean to rule yourself?

I am free to do good; I am not the slave of my desires

4. Who has made you kings and queens?

Those who are led by the Spirit of God are the children of God. The Spirit you received does not make you slaves, so that you live in fear again; rather, the Spirit you received brought about your adoption to sonship. And by him we cry, “Abba, Father.” The Spirit himself testifies with our spirit that we are God’s children. Now if we are children, then we are heirs—heirs of God and co-heirs with Christ, if indeed we share in his sufferings in order that we may also share in his glory. I consider that our present sufferings are not worth comparing with the glory that will be revealed in us. For the creation waits in eager expectation for the children of God to be revealed. For the creation was subjected to frustration, not by its own choice, but by the will of the one who subjected it, in hope that the creation itself will be liberated from its bondage to decay and brought into the freedom and glory of the children of God.

5. What is the bondage to decay?

8. What is temptation and what is virtue?

I care for myself. The more solitary, the more friendless, the more unsustained I am, the more I will respect myself. I will keep the law given by God; sanctioned by man. I will hold to the principles received by me when I was sane, and not mad—as I am now. Laws and principles are not for the times when there is no temptation: they are for such moments as this, when body and soul rise in mutiny against their rigour; stringent are they; inviolate they shall be. If at my individual convenience I might break them, what would be their worth? They have a worth—so I have always believed; and if I cannot believe it now, it is because I am insane—quite insane: with my veins running fire, and my heart beating faster than I can count its throbs. Preconceived opinions, foregone determinations, are all I have at this hour to stand by: there I plant my foot.

9. What is human society?

10. What are the defining features of the Modern Era?

Modernity aims to achieve its goals by erecting walls and boundaries that will keep the world neatly divided and under control. The wall of separation between religion and politics will save politics from irrational passion. For moderns, distinguishing “us” from “them” is thus both temporal and spatial: temporal because it distinguishes sharply between the present and the past, spatial because it distinguishes sharply between those who are up to date and those who are mired in a past that moderns have transcended. We moderns organize ourselves into rationally constituted nations; they are organized by irrational blood-bound tribes. We recognize the difference between religion and politics; they confuse the two. We separate fine arts from daily life; with them arts and life are commingled. We believe in equality and freedom; their lives are dominated by hierarchy and slavery. We are rational; they are irrational. Above all, the modern theory of progress rests on the notion that we know nature as it truly is and thus have the ability to control nature in the ways they never imagined.

11. What is the Enlightened ethos?

Enlightenment is man’s emergence from his self-imposed immaturity. Immaturity is the inability to use one’s own understanding without another’s guidance. This immaturity is self-imposed if its cause lies not in lack of understanding but in indecision and lack of courage to use one’s own mind without another’s guidance. Dare to know! “Have the courage to use your own understanding,” is therefore the motto of the enlightenment.

12. What is the conservative ethos?

Conservatism starts from a sentiment that good things are easily destroyed, but not easily created. This is especially true of the good things that come to us as collective assets: peace, freedom, law, civility, public spirit, the security of property and family life, in all of which we depend on the cooperation of others while having no means singlehandedly to obtain it. In respect of such things, the work of destruction is quick, easy and exhilarating; the work of creation slow, laborious and dull.

13. What were the major European powers at the beginning of the Modern era?

14. What were the major dynasties at the beginning of the Modern era?

The Trastamara of Spain, the Valois of France, the Tudors of England, and the Habsburgs of the Low Countries, the Holy Roman Empire, and Austria.

The Hanovers of the United Kingdom, the Savoys of Italy, the Hohenzollerns of Germany, the Habsburgs of Austria-Hungary, the Romanovs of Russia.

1521: Luther defends his works at the Diet of Worms; the Reformation begins

1618-1648: The Thirty Years War, which begins religious and ends political: Christendom is shattered

1789: The French Revolution, in which French republicans embrace Rousseau’s philosophy and the American precedent

1799: Napoleon Bonaparte takes control of the Revolution as Enlightened despot and Romantic hero.

1848: A wave of democratic revolutions are suppressed in Europe.

1914: The First World War shatters the Enlightenment myth of perpetual progress; the post-Modern world is born.