On Bread And Water 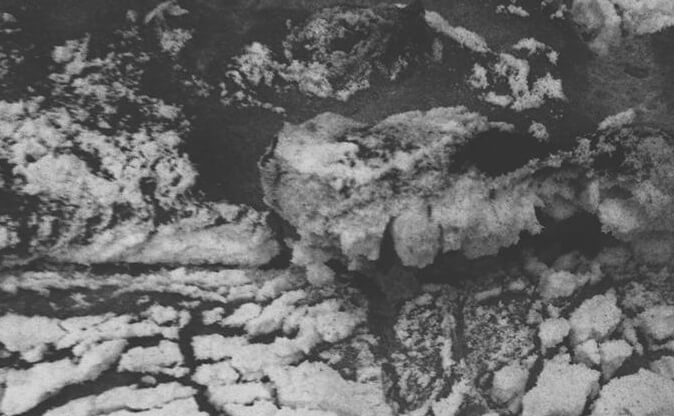 On Bread. We are only human. Bread is the food of humanity. Bread is so human, so omnipresent, it has become an icon of every food. Bread is food about food. Angels have no bodies, and yet wisdom is often called “the bread of angels.” When God sends food, he sends bread—to Elijah in the beaks of ravens, and to the Israelites like dew. The only thing Christ ever chides His apostles for not having on hand is bread. According to a Syrian tradition, bread was the first sacrifice Adam offered to God after his exile from the Garden. Emotionally incapable of slaughtering an animal, Gabriel taught the first man how to offer the bloodless sacrifice of bread. Wisdom is not only the bread of angels, the wisdom of angels is bread.

The theological significance of bread as life and salvation is no stretched metaphor. At a table filled with meats, cheeses, savories, and lush fruits, the children are honest enough to reach for the bread first. While the other foods are more costly and rare and festive, we harbor deep suspicions they are but the lavishly dressed slaves of King Bread. Even fine restaurants serve bread as an appetizer, as though diners need to be reminded what food is before they are served other food. Bread is a metaphor for money. The person who funds the family table is not the “banana winner,” but the “bread winner.” Bread is a sign of both luxury and poverty: the chastised are served nothing but “bread and water,” and yet in Ezekiel and Shakespeare’s Hamlet, a “fullness of bread” is a fat, decadent spirit. When Satan comes to tempt Christ, he tempts him with bread. Bread is the good work which Solomon commands us to cast on the water in Ecclesiastes. Bread is a food of such moment, Christ exonerates David’s theft of bread from the temple. We remember that Esau sold his birthright for a pot of red stew, but we don’t often remember that Jacob sweetened the deal with bread. Bread is a great blessing, but also a terror. In the book of Judges, a Midianite dreams that a round loaf of bread rolls into their camp and flattens it, and his friend declares the bread to be the sword of the righteous Israelite Gideon. In Medieval Europe, those accused of murder had to eat bread blessed by a priest. If the accused was guilty, bread became the Reaper and he would choke to death on the holy food.

The only food over which people will riot is bread. Long before Western man knew of Communism, he demanded the government fix bread at a reasonable price. Bread has conquered more languages than any other food, for while a billion Chinese eat rice, a billion Africans eat potatoes, and half a billion South Americans eat plantains, all the rest of the world eats bread. Bread is the staple food of man which has been elevated to a high form of art; while only requiring four ingredients, an eight week class in bread-making at L’Art de la Boulangerie will lighten your wallet a cool ten grand.

Some scientists have suggested that humans and yeast have similar DNA, and that the bread and wine of the Eucharist are curiously close to flesh whether a man believes in the real presence of Christ in His supper or not. The word bread is etymologically related to the word brewed; both the essential human food and the essential human drink are derived from yeast, a substance capable of rendering creation invulnerable to the ravages of time.

Many Americans feel a cosmopolitan thrill when they announce an intolerance of bread, but sane Italians regard such news as a culinary death sentence.

On Water. Water is no more a beverage than earth is food.

Water is necessary for the slaking of thirst, but water has no greater value as a thirst-quencher than vitamins have as nutrient-providers. Can water slake thirst? Indeed, but the thirst which is satisfied with water is different than the thirst which takes thoughtful food-stuffs to satisfy. Water is not a thoughtful thing, but a necessary thing, and, as such, water is not food, for food is ultimately unnecessary. The final cause of food is bounty, is feast, for as many of the Fathers note, the risen Christ eats fish not because He must, but because He desires to do so. To eat is to indulge in final things, not temporary things, not things governed by the sun. The angels of the Trinity eat with Abraham to ruminate, to participate, to commune, not because they fear starvation. The hunger of Jesus at the conclusion of His fast is for His friends, not for food, for Christ invariably has “food you do not know about.” That feast which primarily informs our understanding of feasting, the Eucharist, is not to stave off hunger, for the portions are simply too small to such an end. He who drinks earthly water will thirst again, but he who drinks from the water of Christ will never thirst; the passage confirms the overflowing, abundant nature of Eucharistic wine, as opposed to the obligatory nature of the Eucharist. A good host offers water to guests, but only inasmuch as he also offers a place to sit, a bathroom, a blanket.

In Scripture, water is typically presented as a thing which satisfies animal needs, but cannot satisfy rational needs. Flocks of sheep show up at wells for “watering,” and the deer pants for water, but wine is the human drink. For animals, food is instinctive, and water is the only drink man gives animals.

For man, however, food is signal.