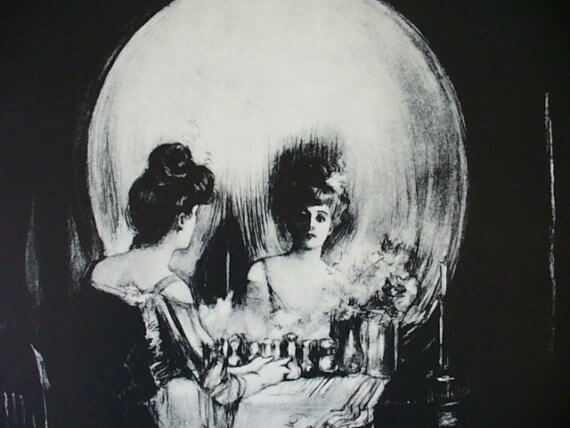 God bless you, it is awards season. Envy season. Extra credit season. Grades season. Mercy or justice? season. Born into trouble as the sparks fly upward season. A classical education isn’t about grades­­— a pious and believable fiction until three days before academic awards are given out at end of the year ceremonies.

Academic awards tend to induce the same kind of level-headed, rational, and generous attitudes that presidential election seasons do. But, for the moment, academic awards are here to stay, just as grades are here to stay, so we might as well make the best of it. The good teacher does not fold his arms in protest over all this celebrating of grades. The good teacher likes a party, rejoices with those who rejoice, and applauds the numbers.

The less any society accomplishes, the more it will feel the need to congratulate itself. Ours is a society of endless self-appreciation, preening and mirror-seducing, and we have an endless barrage of televised, drab awards shows to prove it. In 1998, Billy Crystal won an Emmy for hosting the Oscars. We give awards to people for doing a good job handing out awards. It’s turtles all the way down. Christian schools don’t always work against this tendency. If 9 out of 10 juniors and seniors receive an academic award at the end of the year, you might better get some Emmys to hand out instead of those certificates. Furthermore, it is a little hard to expect the students who don’t get an award to not feel a bit snide and incredulous of the whole affair. You smiled at that line about Billy Crystal, too, after all.

At the same time, envy and hatred are real temptations to those who know they are not on the verge of being honored with an award, even while their classmates are being honored. Lewis set the standard for envy pretty low— envy simply means rejoicing any less over the good fortune of a friend than you would over the same good fortune, had you received it. By such a definition, it is hard not to envy. It is nearly the default-setting of having your eyes open. Rejoicing merely because others are rejoicing seems like it ought to be easy, but it is truly a supernatural, Herculean work of self-control. The rational for despising awards comes readily.

“It’s an inside job—awards are for kiss-ups.”

“These stupid awards won’t mean anything in a year anyway.”

“The real distinction is not getting an award.”

Of course, it’s quite the trick to be cynical and sarcastic over not receiving something that doesn’t mean anything, although it’s a trick more than enough students have learned. Preparing students who aren’t receiving awards to sit through an hour long awards ceremony is only fair, then. I don’t mean to suggest that every student, or even most students, who don’t take home an award at the end of the year are bitter. I polled a class of sophomores and juniors earlier this year as to who would choose to not receive an award at an end of the year ceremony, and a good half of them raised their hands, including students with 4.0 GPAs. However, to the end that a few students are upset, here’s a few suggestions on talking to those students:

1. If you feel you deserved an award, but did not receive it, then you have all the more to look forward to in the life to come. Inasmuch as a classical education trains young men and women to pursue virtue, a classical education is inescapably about laboring for eternal rewards; this manner of language is not employed frequently enough when speaking to the young, and that because we have not drunken deeply of one of Christ’s more common parabolic metaphors for Paradise, which is payment for labor.

2. If you didn’t deserve an award, and those jokers who got awards didn’t deserve them either, and awards are stupid, you’ve entered the world of the prodigal son’s older brother, stuck out in that dark field forever, rendered mute by his father’s generosity. In Parables of the Kingdom, Robert Farrar Capon notes the unfinished quality of the parable of the prodigal son. We never hear from the older brother after he poses his accusatory question out in the field. The story drifts away into the father’s joy. So, too, history well remembers lovers and warriors, but the nit-picky tend to get lost. No viable revolution was won, let alone begun, because somebody with their arms passionately crossed at an awards show captured everyone’s imagination.

3. You will be passed over for awards for the rest of your life. You’re young. You’ll have a dozen jobs before you settle into a career. At each one of those jobs, somebody else will probably get employee of the month, employee of the quarter, or employee of the year ahead of you. The sheer volume of jobs Americans currently pass through, over a lifetime, nearly guarantees that most of the awards you see given out are going to be put into other people’s hands. If you allow yourself to become the kind of person who focuses on your own loss, awards will be a constant source of vexation. You will either not get awards and be bitter, or get awards you’ve convinced yourself are meaningless. A quiet, Solomonic conviction that all flesh is grass and that all life under the sun is vapor should be more than sufficient for the Stoic temperament.

4. I have yet to see a student outraged that someone else didn’t get an award, and yet to see a parent outraged that someone else’s son or daughter didn’t get an award. While those who believe they have been unfairly passed over often speak of “just deserts,” it is not exactly everyone’s “just deserts” that are being sought. Just their own. What if a school only heard complaints about so-and-so not getting an award from persons not related to so-and-so? Let someone else praise you, and not your own mouth; an outsider, and not your own lips, as Solomon says.

On the other side of things is the temptation to arrogance over getting an award, though this problem tends to manifest itself a little less obviously than that of the malcontent. Arrogance is often nothing more than doubting the goodness of God. The creation of God is “good”, teaches Moses in Genesis, although “only God is good,” claims Christ many centuries later. We do not serve a God who took on humility for thirty-three years, only to put off humility and call us to remember it thousands of years later, as though He could not be brought to do it again. Christ was humble, is humble, will always be humble, and His humility is revealed in the gratuity of His goodness, which bursts forth from all the things and all the people He loves, neighbors and enemies alike. The arrogant serve a stingy god, a god who does not give good gifts, but rather requires his subjects to come up with their own goodness. The arrogant need to be warned against serving such a god.

On an institutional level, I would commend several points of consideration which staff and faculty of classical schools might mull over, as relates to end of the year awards.

1. How many awards are given out which are not determined by numbers? If all the academic awards and honors given out at the end of the year are determined numerically, what kind of message is that sending to students about what is honorable in academia? When I was in high school, the most coveted award given out at the end of the year was from Chris Schlect, who taught history, and awarded the student who had the most zeal for learning history with an antique coin, often from the Roman era, if I remember. While cash awards are spent, and certificates get shuffled away, often to be lost or thrown out after ten years, I’ll wager every student who received a two thousand year old coin kept it, and remembered. Further, giving a single award out, not a slew of awards for some standard which was met, creates a genuine striving for personal excellence, not merely a numerical bar to leap over. No one seeking Schlect’s history award could skate through the fourth quarter after having achieved so many zeal points. A single award, given to a single student, is more in keeping with a personal honor. Honoring numbers is rather impersonal. Imagine if every long jumper who covered so many feet was awarded a gold in the Olympics. If your goal was to take home gold, what point would there be in getting three feet beyond the gold mark? Then four feet next year?

2. If faculty and staff didn’t actually care about honoring students, but gave awards out to pat themselves on the back, what would that look like? How could such skewed motives be recognized?