The Benefits Of Serving A Very Old God 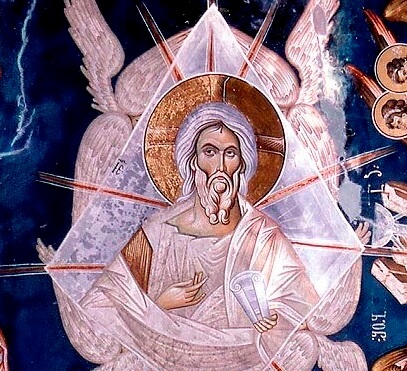 Let me begin with three claims:

A. Stephen thought about his wife’s new haircut. “She does not look good,” he thought.

B. Stephen thought about his wife’s new haircut. He did not think she looked good.

C. Stephen thought about his wife’s new haircut. She did not look good.

In How Fiction Works, The New Yorker’s literary critic James Wood makes a profound case for option C. Wood doesn’t much speak of God, however, as someone who enjoys Boethius and St. Gregory of Nyssa, I found it easy to take the “free indirect style,” which is what Wood calls option C, as a remarkable appropriation of Christian metaphysics and aesthetics.

In order to discuss the merits of C, it suits us to first look at A and B.

A. Obviously all three options begin with the same sentence, but what varies is the narrator’s certainty of (and power over) his character’s thoughts. By placing Stephen’s thought in quotations in A, the narrator claims an exact knowledge of the character’s interior life. Further, Stephen thinks in exact quotations. He does not think in images, sounds, or ineffable intuitions, as do most people, but rather through direct dialog with himself. He is a split personality, and one half of Stephen communicates with the other half.

By placing “She does not look good” in quotation marks, the reader is made to believe that, were we privy to Stephen’s innermost thoughts, we would hear the words “She does not look good.” In this, Stephen is too bookish. He does not behave like a human being, but a fictional character whose actions are shaped by the ease of the audience. He thinks in neat, clean sentences for our benefit. He suspects a stranger is eavesdropping on his soul, and neither is he troubled by this. Stephen communicates with us as though we were aliens, foreigners, who must have all the local customs of Stephen’s mind explained. The more exactly the knowledge is presented, the further Stephen is from the reader.

Or, perhaps we might interpret those quotation marks to be the work of an intrusive narrator, a dictatorial author. Stephen is a normal human being, or he would be a normal human being if the narrator would allow him, but the narrator keeps forcing Stephen to simplify his thoughts beyond the limits of even a proverbial fool. Stephen is a character who yearns for release from a tyrannical creator, but the creator will not grant Stephen a modicum of liberty, and instead coerces Stephen to think his thoughts in a particularly tidy manner.

B.”He did not think she looked good” grants Stephen the freedom to commune with himself in a more plausible manner. By removing the quotation marks, we are not lead to believe Stephen has literally thought the words, “She does not look good,” but that the images and sounds and feelings of his heart are approximately that she doesn’t look good. “He did not think she looked good” summarizes Stephen’s response to his wife’s new haircut, but does not force Stephen to use simple, dramatic language even while enjoying the leisure of his own thoughts.

C. According to Wood, “She did not look good” creates an appropriately flexible reality, a comfortable ambiguity in which narrator and character are both given liberty. “She did not look good” is plausibly the thought of Stephen, or the narrator might be stating an objective fact which ought to emerge in Stephen’s mind as he contemplates her new haircut. The narrative voice ambiguously moves back and forth between Stephen and the narrator; we cannot say for sure where the narrator ends and the character begins.

In all likelihood, in the sentences and paragraphs which follow we will know whether Stephen thinks his wife’s new haircut does not look good. By refraining from adding “he thought”, the narrator holds out the possibility of Stephen recognizing the truth. Stephen might begin behaving as though his wife’s new haircut was unbecoming without ever admitting to himself he did not like it. Wood’s “free indirect style” preserves the vaporousness of thought and the subtlety of realization.

The “free indirect style” is, if faithfully maintained, one of the best ways for an author to liberate his characters from himself. If the author wants to create as God creates— such that the creator is genuinely curious to see what Adam would name the animals— the good author must imbue his characters with the freedom to move about their fictional world at their own ease. The good author must not crowd his characters toward particular conclusions for the benefit of the audience; the good author must be capable of repenting of making his characters, directing their ends towards perfection without overriding their own wants. If Christ wept for Lazarus, whom He allowed to die, the good author must be willing to weep over his own creations and his own plots, though he has brought them to pass himself. If the characters the author brings to pass are sufficiently free, the author will recognize an unresolved ambiguity between his own decisions for the characters and the free actions of the characters. The good author will not surprise himself, but will be surprised by his characters. When Aslan tells the newly created Narnians, “Creatures, I give you yourselves,” the creator-Lion imitates the work of Lewis, the creator-author, for just as Aslan gives the creatures themselves, so Lewis gives Aslan himself. Dostoyevsky wrote characters who were so profoundly free, I would not be surprised to find he woke in the morning with fresh chapters on the page he did not recall writing.

Young writers tend to be dictator gods inasmuch as they find it difficult to create characters that believe differently than their creators. Every year, I ask my fiction students to write an imitation of the first four paragraphs of Joyce’s “A Painful Case,” which sketches out Mr. James Duffy. The first paragraph describes Duffy’s house; the second paragraph, his body; the third paragraph, his work; the fourth paragraph, his beliefs. Better than 9 times out of 10, Christian teens create characters who “have Bibles but rarely read them.” It is quite telling. Oddly enough, while teenagers (and all human beings) tend to lie all the time, young writers rarely create characters free enough to bear false witness against anybody. Young writers craft characters that profess a perfect witness of reality. Yahweh, however, is a very old God. In the same way you’ve got to learn to lightly hold a pencil if you don’t want a cramp, you’ve got to learn to lightly hold your characters lest they get broken.

Man might not be capable of creating ex nihilo (though I’m not convinced creating ex nihilo is the sine qua non of an infinite God), but God has imbued man with the power to create art which is palpably, startlingly other than himself. For the author to grant his creation the freedom to be other—even the freedom to confound and disappoint the author— is to intuit the dynamics of our relationship with God in a way which is difficult to grasp otherwise.