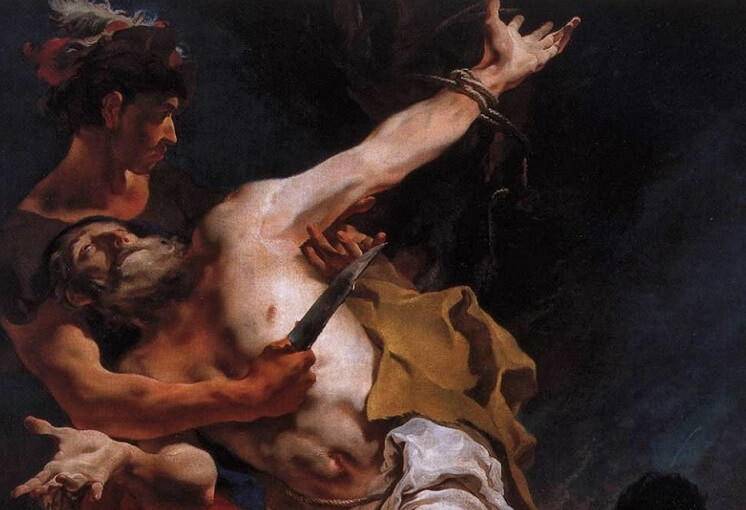 Yesterday, I said this:

At this school, we read dense old books and study metaphysics, philosophy, and theology. The world does not need everyone to understand the difference between apophatic theology and cataphatic theology, but it does need some people who understand that difference. You are those people. The world needs plumbers and mailmen and carpenters and senators, but it also needs theologians. You provide a valuable service, just like any other public servant. Solomon says, “Whatever your hand finds to do, do it with all your might.” Your hand has found old books and metaphysics. God has put old books and metaphysics in your way, so do metaphysics with all your might.

You have noticed that temptation is a particular academic interest of mine. We have often discussed cycles of temptation and justification. We have discussed the metaphysics of remorse and resolution. We have discussed temptation in ways that many people your age would not understand. There will come times in your life when you are faced with a difficult moral decision wherein you truly do not know what is right. You will weigh different options, and none will seem good. Often enough, an obscure passage from Boethius or Augustine will help you rightly divide the truth. Or else, others will come to you with moral dilemmas they cannot solve, and you can lead them through the complexities of the matter.

However, most of the temptations you face will not require profound exegesis of Late Antique metaphysics. When you are tempted, you will need to preach to your own heart. When others are tempted, you will need to help them overcome the devil. Gentlemen, it is often the case that we know what the right thing to do is. We know what is required of us, but we have willingly made the waters of reason murky with caveats, exemptions, special pleading, context, and skepticism. Our duty is clear, but we have hidden our duty beneath “Who can say…?” or “Recent studies show…” or “Good Christians disagree about…” or “Freedom in Christ means…” or “We should not be legalistic…” In such cases, no careful explanation of Boethius or St. Paul or St. Francis is necessary or helpful. In such circumstances, what you need to preach to your heart, or to the weakness of your friend’s heart, is quite simple. It cuts to the quick of the matter, and it is this: “Be a man.”

“Be a man” has a tendency to dissolve specious arguments, posturing, needless analysis, and a cowardly democratization of the truth. “Be a man” is a profound thing to tell another man, for it is rebuke, exhortation, and praise, all at once. “Be a man” is a rebuke inasmuch as it tells another man that he is not acting like a man. “Be a man” censures a man for his action or inaction. At the same time, “Be a man” is exhortation, a prescription for a certain course of action. “Be a man” has a remarkable ability to hack away contrived ambiguities. When a man is told to “Be a man,” he is never in doubt as to what the command means. At the same time that “Be a man” is a rebuke, it is also praise, for it declares the man hearing the command compatible with the title “man,” within reach of manliness, fit for manliness, suited to practice manliness.

“Be a man” provokes very particular images in the heart of a man. When a man is told to “Be a man,” he thinks of the best qualities of his father and grandfather. He thinks of all the things he cannot fix or repair which other men can fix or repair. He thinks of the Invasion of Normandy. He thinks of auto mechanics. He thinks of Odysseus nearly drowning on the open sea, but, through sheer Wagnerian will, refusing to ease his grip on life. He thinks of St. John the Baptist laughing in subtle derision upon hearing the news that his own head was the price of a striptease. When a man hears, “Be a man,” he thinks of courage and stoicism and stability, and he ceases to think of his own feelings or his own suffering. The command to “Be a man” is a kind of incantation a man performs on himself or others which conjures bravery with profound speed and clarity. The word “man” used in such a way instantly assumes mythic proportions, provokes a sense of shame over every moment a man has let down his father, and charges him to carry an invisible torch.

I will gladly concede that “Be a man” is not a sufficient credo to live on, and no good society is founded on it. “Be a man” will not get you through the pearly gates. You could not say “Be a man” to Rembrandt and thus prompt him to paint Aristotle Contemplating a Bust of Homer, and such art as this is not extraneous to human society, but necessary. “Be a man” will not help determine if a soldier accused of murder is innocent, and neither will “Be a man” sort out tricky nuances of the Nicene Creed. But while “Be a man” is not sufficient to live on, it is nonetheless necessary. A car must have round tires. If it does not have round tires, it will not move forward. Round tires alone will not make a car move forward, but a car will not move forward without them. So, too, a man cannot live on “Be a man,” but neither can he really live without it.

I suppose it would be sweet and pleasant to say that “Be a man” had lately fallen out of favor because it had been supplanted by “Be a Christian.” However, “Be a man” lives on because we have all but gutted “Be a Christian” of any provocative power it might have. We have so often told ourselves, “Doing X doesn’t make you a Christian,” we have no idea what a Christian does. We are not fond of the idea that Christians do anything in particular, for we do not like being told what to do. We cannot really conceive of anything being necessary unless it is necessary for salvation, which simply means that one man’s salvation is basically devoid of any practical, earthly value to his community whatsoever. No sane man would say, “I don’t know anything about my daughter’s boyfriend, but I’m not worried. He’s saved, so everything should be fine.” If you told a freshman boy who was nervous about getting his blood drawn, “Be a Christian,” he wouldn’t have a clue what you were talking about. He would not connect Christianity with the martyrs and a dauntless approach to death. However, if you told him confidently, “Come on, son. Be a man. No more tears,” he would know exactly what was expected of him. Beside this, a rather easily-overcome hurdle would be placed before him, and the odds are good he would take a virtue-building satisfaction out of the ordeal, as opposed to merely enduring it and running away when it was over. “You can do this” only provokes the ego, but “Be a man” opens a door for submission to an archetype, a mythos, a Form. Until we are willing to allow “Be a Christian” to have some teeth, “Be a man” is our proverb.

Some might argue that “Be a man” is also a con used by wicked men to get simple men into trouble. While “Be a man” cuts through cowardice, it can also be used nefariously to cut through common sense. Frat boys prompt one another to do all manner of foolishness with nothing more than, “Be a man.” However, “Be a man” appeals to a man’s sense of honor among those men whose images flock to his heart upon hearing the word “man.” He will find it incongruous to justify smoking a joint or shotgunning a beer while dwelling on the first half hour of Saving Private Ryan or the tireless labors of the paterfamilias. When the frat is chanting “Be a man,” I suspect they are appealing to particularly manly vices (lust, irresponsibility, vulgarity), not particularly manly virtues. That “Be a man” is abused by the feckless is hardly to shun its use. In fact, the proverb must simply be returned to them. “No, you be a man.”

While “Be a man” could not be so easily trusted in Ancient Greece and Rome, two thousand years of Christian history have worn smooth the rough edges of the dictum. “Be a man” means taking ownership of guilt and fault, and exposure to danger for the sake of another. “Be a man” means the complaining has gone on long enough. “Be a man” means that mere feelings must be set aside, and that Wisdom must resume her place in the throne of our hearts. “Be a man” is a begrudging faithfulness to principles, a surly handshake with reality, an ungiddy acknowledgement of commitment, an even-keeled recognition that “Man is born into trouble just like flames rise.”

When you go to college, you will have a large group of friends and acquaintances, perhaps twenty or thirty people in all. Some will be men and some will be women. You will likely fall in love with one of these women. You will ask her out, and perhaps you will not have known her for very long, only a few months, and she will say, “Let me think about it. I’ll tell you after class tomorrow.” She will go to one of your friends, someone she knows a bit better than she knows you, and she will ask your friend, “So-and-so asked me out. Is he a good man?”

Gentlemen, if you want your friends to say this about you, you must begin earning such praise now. It will not simply happen overnight. You must respect your female teachers as much as you respect me, though they are not as scary as I am. You must quit wasting your time. You must quit complaining about your work. You must own up to your mistakes.

I say this not as someone who has arrived, not as someone worthy of your imitation, but as someone who must regularly contemplate the fortitude of the martyrs, the courage of St. John, the self-forgetfulness or Roland, the self-condemnation of the justified publican, and the gravity and authority of Jesus Christ, for there are many things in this world— and especially death— of which I am yet quite terrified. I am beside you. Our heroes are before us. Let us all follow them.”