Augustine And Our Sad, Sloppy Bodies

Should we begin teaching Augustine's City of God with the final pages? 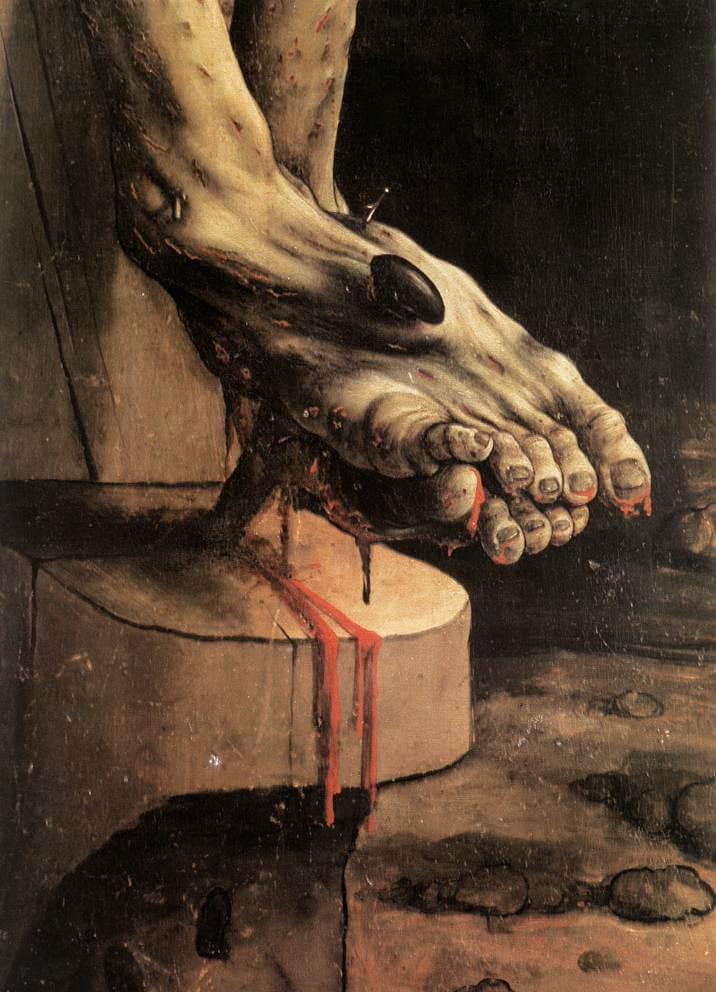 As best as I can tell, the longest chapter in Augustine’s City of God is the eighth chapter of Book XXII, which is about miracles Augustine either saw personally or heard about from reliable sources. After the hardships of Books XIX, XX and XXI, which largely deal with hell and judgment and what an awful place the Earth is, Book XXII delivers us through the pearly gates and into the beatific vision.

While Book XXII regards heaven, the chapter about miracles is, from a certain perspective, about as earthy as it gets. Again, as best as I can tell, the longest single narrative which the great Doctor of the West relates in his massive, one thousand page long tome of theology concerns a man named Innocentius who “was being treated by medical men for fistulæ, of which he had a large number intricately seated in the rectum.”

Book VIII contains many, many stories of miraculous healings, some no longer than a sentence. In total, the chapter is about 6200 words long. However, the story of Innocentius and his intricately seated rectal fistulae is just over 1200 words long. The awkward, scatological story is lavished with detail and nuance and features seven named characters and many more unnamed characters, rising and falling tension, unexpected turns of fate, and a joyous denouement.

You ought to read the story for yourself, although the long and short of it is this: a man named Innocentius suffers from rectal fistulae and undergoes a “long continued” and acutely painful operation to have them removed. However, one of the fistula “escaped… among the many folds of the gut,” and several days later, Innocentius learned he would need another operation to have it removed.

Being in the area with Alypius, Augustine attended Innocentius several times while he awaited the second surgery, trying to comfort the man who has on the verge of losing his nerve. On the night before the second surgery, Innocentius believed he would die the following morning and so he called his friends and priests together to pray. Innocentius prayed so vehemently and pathetically, Augustine was incapable of prayer himself, but remarked, “O Lord, what prayers of Thy people do You hear if you do not these?” In the morning, the surgeon came to operate, but “with knife in hand, eagerly” looking for the place to make an incision, the surgeon found the man healed, whole, not in need of any operation.

“No words of mine can describe the joy, and praise, and thanksgiving to the merciful and almighty God which was poured from the lips of all, with tears of gladness. Let the scene be imagined rather than described!”

I am tempted to say that anyone who has the honor of teaching Augustine’s City of God ought to start with the story of Innocentius. Before you begin Book I, before you have to talk about the holy virgins who drowned themselves when Alaric entered Rome, before you get mired in discussions about the economics of pleasure in rape, before all that have the class turn to the back and read the story of this terrified man and his fistulae. I cannot help but feeling that Augustine’s whole theology of the resurrection is contained in microcosm here.

“[Who] can enumerate all the great grievances with which human society abounds in the misery of this mortal state? Who can weigh them?” he asks in chapter 5 of XIX, and spends several chapters describing the miseries of the home, miseries of the city, and miseries of the nation. He goes so far as to quote the comedian Terence as an authority on how all men feel: “I am married; this is one misery. Children are born to me; they are additional cares.”

In the final four books of the City, no less than six chapters are devoted entirely to robust descriptions of this “hell on Earth” men are made to endure, and only one chapter on the pleasant things of this life (XXII.24). Granted, the chapter on earthly goodness is one of the most inspiring, imaginative chapters in the whole work. Augustine catalogues the beautiful and delicious and sweet things and then turns everything all on its head by reminding readers that God has given all these things to those who hate Him. What then is in store in Glory for those who love Him?

And yet, the catalogue of woes exceeds the lucidity of the record of rights. In XXII.22, Augustine asks once again, “…who can describe…the number and severity of the punishments which afflict the human race [?],” and then proceeds to offer an answer which includes obvious big ticket items like, “exile, torture, mutilation…” but also slightly more leftfield options like, “the madness which a mad dog communicates,” and “the madness of thirst” which drives a man to “drink human urine, even his own.” Even? In Ecclesiastes, Solomon does not condemn going to the house of laughter, he simply says it is “better to go to the house of mourning,” and Augustine certainly seemed to know what was good for him.

While Augustine understands that life in the City of Man is absurd, vaporous, and meaningless, he often locates that absurdity specifically in the human body. In various places in Book XIV, he suggests that man (particularly men) have lost control over their sexual organs, and this loss of control betokens the soul’s loss of control over the whole body. In Theological Ethics, Edward Dowler writes that, for Augustine, “The phenomenon of sexual desire epitomizes the words of Paul that express the entire human condition: ‘I do not do the good I want, but the evil I do not want is what I do’ (Rom 7:19).” (p. 17)

The body is weak, manic, apt to suddenly fall apart, uncontrollable, nasty, festering, thin, decaying already, malodorous… and all these qualities of the body are but manifestations of what man has chosen for himself, what he prefers, what he willingly let himself get suckered into. Even when a man decides he wants to dignify his soul with virtue, yet his body continues the revolting process of sweating, bleeding, growing, shedding, belching, weeping. In old age, the body is a petulant child which the adult soul has to take grocery shopping. The body is an embarrassment, and yet, the body is no “extraneous ornament” for the soul. In Book I, Augustine instructs readers to bury their dead and treat the corpse with respect out of faith in the resurrection.

Augustine returns to thoughts of the embarrassing body and resurrection when closing the book, as well. “But we cannot deny that many miracles were wrought to confirm that one grand and health-giving miracle of Christ’s ascension to heaven with the flesh in which He rose,” he writes, shortly before telling the story of Innocentius’ miraculous healing. Miracles are staked in “the flesh… in which [Christ]… rose” sitting at the right hand of the Father. The Resurrection is the Telos of man’s flesh, and that Telos has begun spilling backwards from the Eschaton into our world here and now.

Miraculous healings are the Future of man breaking through in the present, just as “It is finished” was pronounced in the middle of history. The glorious Human flesh in the Empyrean now is an icon of all the sagging human flesh on the earth and all the rotting human flesh under the earth. Healing miracles are the revelation of Christ as the Universal Man, and the more embarrassing and shameful the flesh which is healed, the more deeply His universality is revealed. Healed flesh is a manifestation of God’s power over flesh, and this same power He will someday give to man, after man’s soul has been made fit to justly govern that flesh.

It might be helpful to begin a study of the City of God with Innocentius so that while students progress through descriptions of the absurd body, the shameful body, the vaporous life… they keep a paper-cut sharp awareness of the light which is always on the cusp of seeping out. It is tempting to get lost in the neat, clean theological language of God’s “infinite condescension” to man, but when the minister steps out from behind the altar or pulpit and speaks candidly, humiliatingly about the glop-crumbling, sloppy meat vessels of our souls, we can trust that the Resurrection truly knows us and pities our weakness.