Many video games have rich plots and nuanced characters, like good films. Do video games and films serve the same purpose? 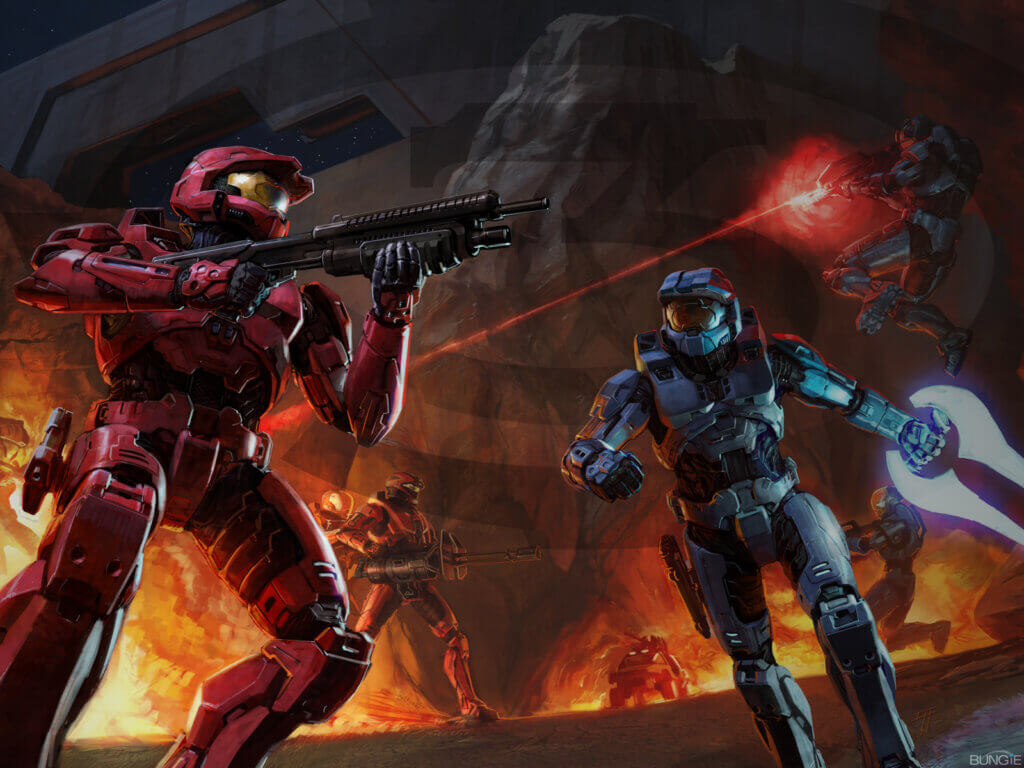 In the last twenty years, I’ve only walked out of two movies (Chicago and Sideways), but both occasions were exhilarating. I’ve wanted to walk out of scores of movies, deriding myself as I watched them for not having the nerve to leave. I have turned off scores of movies because they were too vulgar, or too boring, or too stupid, but walking out of a movie is an act of genuine protest. You must stand, blocking the view of others, collect your things and exit the theater. We’re more apt to watch a movie at home by ourselves, but we go to the movies in a crowd. Exiting a movie early requires an explanation to the people you are with, waiting around for everyone else to finish, or else returning home before everyone there should expect you. In our society, sitting is the posture of learning, but standing is the posture of teaching. To stand and exit a film is an instructive act, even if the act is lost on others who think you are excusing yourself to the restroom. In the comfort of your own home, though, turning off a movie is not really a big deal.

Seeing a movie at home is cheaper and more convenient than going to a theater, though the theater has something significant to offer which the couch does not. At home, we can lay down to watch a movie. We can stop a movie when we like, go to the kitchen, come back and resume watching. We can adjust the volume, fast forward vulgar scenes, pause the film and discuss what is happening in the plot with others. In your own home, you have far more control over a movie than you do in a theater. The movie watched at home is a democratic experience, and quite a lot about the film can be tailored to the comfort of the viewer. The cinema, on the other hand, is a regal experience. At home, the typical moviegoer is physically larger than the screen itself and the physical substance of the movie is not intimidating. In a theater, however, the screen towers over the viewer like a prince. The film becomes loud or inaudibly soft without the consent of the audience. If the plot of the film does not make sense to the audience, the film carries on regardless, waiting for no one. The film begins at an appointed time, and if the audience cannot cater to the start of the film, they are out of luck.

Some might suggest that the home viewing experience is really no different than that of reading a book. If a man reads Dickens at home, can he not pause from his reading when he likes? Start and stop as it suits him? Is the virtue of home viewing not in the fact that movies are rendered more like books? Does the reader not have physical control over the book as the home viewer has control over the screen? Is reading a book not a private act, much like watching a film on your laptop is a private act?

These are reasonable objections, however, book and theater have historically served very different aspects of the human being. While Theodosius I closed theaters (and put the kibosh on the Olympics, as well), Chesterton argues in his biography of St. Francis of Assisi that the Medieval period was a time of purgation and abstinence which emptied pagan traditions of their sensual, demonic qualities. Man had to learn to do without these things that he might do well by them. When the theater reemerged a thousand years later, there was considerably less worry that God was being blasphemed through the service of Dionysus. Shakespeare plays did not begin with the sacrifice of a goat; while the absence of ritualistic slaughter prior to a theater performance might have struck Late Antiques as odd, it did not strike 17th and 18th century Englishmen in the same way. Still, the theater served (dare I say?) aptly Dionysian impulses in man, namely the want to surrender to a story which sat beyond human meddling. Greeks who saw the plays of Euripides did not come to the theater with the same mindset with which modern Americans often approach films. Seeing Oedipus Rex was not about being entertained, but about yielding to a sacred story.

Allow me a moment to defend the idea that theater (ancient or modern) serves aptly Dionysian impulses in man. Seen from the perspective of a lay pagan, Dionysus is nothing more than a demon who distracts and torments man. We are right to seek refuge from Dionysus. Seen from a Neoplatonist angle, though, Dionysus represents a liberation and freedom which is an appropriate conclusion to the pursuit of Apollonian things. Apollo is the god of order and music and harmony. Apollo represents logic and differentiation. Apollo is a god of control, though Dionysus is a god of yielding and surrender and chaos. For this reason, Dionysus is served by imbibing wine, which, if consumed to excess, drives man mad. Man surrenders to wine, and wine takes over, making a man to say and do that which he is unwilling to do in a state of perfect self-control. Apollo can be a tyrant, though, and for this reason, the Church commends fasting and feasting. Fasting teaches self-control, virtue. Once the virtuous effects of fasting have been experienced, a feast commences. Once a man has been taught virtue, he is free. That wine attends Scriptural feasts is an indication that freedom comes only through virtue; at the same time, seasons of feasting return to seasons of fasting, just as freedom revives us to greater heights of virtue.

It is telling, then, that in seasons of fasting from wine, many American Christians I know voluntarily fast from movies, as well.

The more control the audience has over the medium of the story, the less capable they are of surrendering to the story. The more control, the less the audience lives vicariously through the characters and the more judgmental and remote from the story they become. When movies are democratized in the home viewing experience, the story exists to serve us. Similarly, democratic political systems exist to serve the desires of the people. The people may change the law as they see fit. When law is democratized, we fail to see justice as a transcendent aspect of God which we serve. Law becomes a game, as Remi Brague notes, and we change the rules to make it more suitable to our tastes. Scripture, on the other hand, teaches that justice is prior to man himself. The spheres govern before man governs; if man would govern rightly, he must govern in the likeness of the stars. The stars lay out a pattern of justice for man to follow, to imitate. That many Americans regard law as a kind of game is evident in the rationale and rhetoric which has attended the late debates about legalizing marijuana. We do not often hear, “It was wrong to declare marijuana illegal. We did not understand its chemical properties properly.” Rather, we hear, “It is very expensive to police marijuana laws. The public does not support the criminalization of marijuana. Significant tax revenue could be saved and made if marijuana were not illegal.” We might as well be talking about putting a five hundred dollar note in Free Parking to start a game of Monopoly. The law exists by our consent and for our own gratification. We have said to the spheres, which govern the year, “That’s nice, but we have our own ideas.” And this is no wonder given that modern technology exerts greater and greater sway over the seasons.

Over the last decade, I have heard students ever more frequently defend video games on the grounds that video games have rich stories just as some movies do, and that movies have rich story lines just as books do. Some people would make books and movies and video games all of a kind. Students will describe, at length, the nuanced characters in video games and the moral struggles of this or that character. They say, “Thus and such video game isn’t like Super Mario Brothers. It’s more like The Brothers Karamazov.” However rich the story of a video game, because a video game is a game, it exists for our amusement. So long as the progress of the story of a video game depends on the choices of the player, the video game is fundamentally unlike the theater. This is simply the nature of any game. A game involves at least one person voluntarily consenting to certain restrictions and rules for their own enjoyment. When we change the rules of a game, we do so that the game would be more enjoyable, even if the change in rules merely makes the game harder. Of course, games have existed for some time. However, while the game may have a story arc, and while the game might train the mind to new forms of logic (like chess), there is a profound difference between the player of a game being beholden to certain abstract rules and the viewer of a movie being beholden to human beings. In a game, the story arc is supplied by the players, but in a film, the arc of the characters is not supplied by the viewer. So long as a game is a game, it does not serve the same purpose as a film. Surrendering to a game is more like solving a math equation than watching a movie or reading a book.

Let us take for granted that there have always been mindless films, however, one would seem rather daft to not concede that films have, since the advent of the VCR, increasingly pandered to the sensual demands of the audience. In Lost in the Cosmos, Walker Percy suggests that in 1983, when the book was written, 95 percent of all home video purchases were pornographic. It is no surprise that the adult movie theater is a thing of the past, and that pornography has come to live in our homes. It is also no surprise that researchers have lately begun commenting on the similarities between the effect of video games and the effect of pornography on the brain.

I write this not as an exhortation to go to the theater more, but to view fewer movies in the home and to not conflate video games with movies. Most teachers already know that, apart from sports, the greatest distraction from books which our students suffer is video games. None of these things is bad, per se. Just as sports have their place, video games have their place. But neither replace film and nothing replaces books.