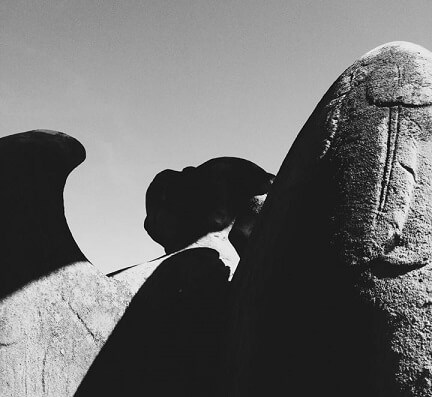 Taken from “Split,” a short story.

The migration of her faith was not a violent thing, not a defiant thing, but slow and massive like an iceberg, and peaceful. It did not principally stem from Sunday morning hangovers or a shocking encounter with Bertrand Russell during her freshman year of college. Even a reading of Martin Luther’s On the Jews and Their Lies in a religious studies class failed to truly jar her. Rather, it confirmed for her that a great host of things had been hidden from her when young, a fact she was entirely comfortable with, even inspired by. Such was the education of children.

But the older Sylvia became, the more frequently she noted the convictions of her heroes. Few of them had ever darkened a cathedral door. John Dewey, Mary Wollstonecraft, William James, Thoreau and Whitman, Jerome Bruner and Jean Piaget all seemed to have done the wash, wound their alarm clocks at night and kept the fire of human goodness burning just a bit longer without any help from the Lord Jesus Christ. Of course, none of teachers in college had ever rubbed her nose in it like that, and she might have never put that fact to herself so forwardly. Instead, she gradually knew.

Once, while working on an essay in response to “The School at Yasnaya Polyana,” Sylvia spent more than an hour looking for a Bible in her messy dorm room before giving up, developing an argument from Emerson’s Self-Reliance instead. The first semester of her sophomore year saw Sunday mornings get swallowed up in study groups. The second semester of Sundays was lost to employment which required weekends. In her junior year she returned to Church, but sat in the mezzanine reading Anne Sexton poetry and thinking about sex and death, subjects she thought belonged to the family of important things, the kinds of things a woman should hear about in church, although she never did.

Sylvia stood now and again for a hymn with a melody she enjoyed. Rows of suppliants knelt at the rail to receive the Eucharist and Sylvia sometimes joined them, sometimes sat in the choir loft and broke apart chocolate bars in her purse and surreptitiously ate them, piece by hidden piece. She studied the way children looked around after standing up from the rail, gazing blindly into the congregation as though they’d just seen a flashbulb burst. Church did not lift Sylvia’s spirits so much as it propped them up, and they tended to slouch back into a comfortable, reclining position an hour or so after the doxology. After graduation, she showed less and less frequently and stayed for ever abbreviated periods of time— the church itself not so much the house of a living God but a gravestone she sometimes spoke to for sentimental reasons. When finally she marked “agnostic” on the census form, Sylvia was still in the habit of showing up for worship on occasion and, for some years after, saw little discrepancy between the claim and the practice.