Actually: Who Is Qualified To Use This Word? 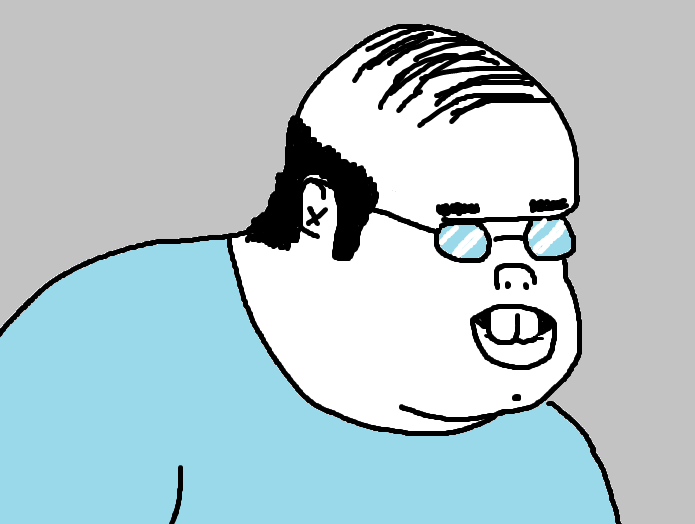 Mark: Did you know that Brocktoon was actually kind of a scummy guy?

David: What do you mean “actually”?

Mark: I mean not many people know about the really sordid, awful things Brocktoon did. It’s not in “the history books,” if you know what I mean.

David: What are “the history books”?

Mark: The books they gave us as children.

David: Are these things recorded in “the history books” now?

Mark: I think so.

David: Have you read “the history books” today?

David: So, how do you know about the sordid things Brocktoon did?

Mark: Well, everyone knows about them.

David: How did you learn about them?

Mark: I read a few articles online about it.

David: But you haven’t read any scholarly books about Brocktoon?

Mark: I mean, not really.

David: Because you said that Brocktoon was “actually kind of a scummy guy,” and when people say “actually,” it makes it sound as though they have insider information or special information. When people say that some uncommon opinion or interpretation is “actually” the case, they are suggesting that they have looked into the issue in-depth, below the surface. What exactly are your special qualifications to speak about Brocktoon with any kind of authority?

Mark: I’ve read other people who have actually looked into the life of Brocktoon and they know.

David: How do you know those authors have looked in-depth into the life of Brocktoon? Do they cite scholarly sources or something?

Mark: I think so.

David: Just so we’re clear, most Fox News, HuffPo, and Buzzfeed stories don’t site scholarly sources, though they do use the word “actually” quite a lot.

Mark: Some do, though.

David: Do you really care about Brocktoon’s reputation?

Mark: Yes. I think these kinds of things are important.

David: How important? Important enough to read an actual book on him?

Mark: Does someone really have to read an entire scholarly book to have an opinion on something?

David: No. If you want to say, “I do not like Brocktoon because people I respect do not like Brocktoon,” I could let that go. But when you say he was “actually kind of a scummy guy,” you’re speaking as though your opinion is more reputable than the opinion of people who like and respect Brocktoon.

Mark: Well, most people can’t handle the truth about the supposed heroes from yesteryear. I can, though.

David: How did you become the kind of person who can handle difficult truths?

Mark: I don’t know. I’ve always been kind of skeptical. I’m a self-made man. I can take care of myself. My world just isn’t rocked when I hear that Brocktoon was a creep. I don’t rely on other people for stability.

David: You rely on the people who write iconoclastic, non-academic, no-sources-cited, 800 word articles about Brocktoon for web pages that are jam-packed with advertisements.

David: How valuable do you think your opinion on Brocktoon is? Should it be taken more seriously than someone else who thinks highly of Brocktoon?

Mark: How much have they read about Brocktoon?

David: About as many words as you have.

Mark: If someone needs Brocktoon to be a hero so they can have a sunny, naïve view of the world, that’s their business.

David: Would you be willing to argue the point with someone who had read an entire academic book on Brocktoon and thought highly of him?

Mark: I mean, would someone who thought highly of Brocktoon be willing to argue with a scholar who thought little of him? If your point is merely that there is always someone smarter out there who disagrees with you… Sure. But, so what?

David: So, who gets to use the word “actually”?

Mark: People who are right.

Mark: Aren’t you splitting hairs over the use of a pretty common word?

David: How certain are you that Brocktoon was a creep?

Mark: I mean, Brocktoon was probably a creep. He was almost certainly a creep.

David: I think using the word “probably” strips the claim of the absolutely delicious self-content, Grinch-like pleasure of bearing bad news which a fellow obviously enjoys when he says something is “actually” the case. Have you ever seen one man tell another that “Tomatoes are actually a fruit, not a vegetable”?

Mark: But that’s true. Tomatoes are actually a fruit.

David: Nope. Poets have spoken on the matter with authority. Fruits can be added to milkshakes, but vegetables can’t without making the milkshake gross. That’s actually the real difference between the two.

David: Yes, like the word “fruit” and the word “vegetable.”

Mark: And what do poets have to say about the word “actually”?

David: I don’t think they’re fond of it. I can’t think of a single poem which uses the word “actually.”

David: They leave the word “actually” for people who have big opinions, but don’t read books.