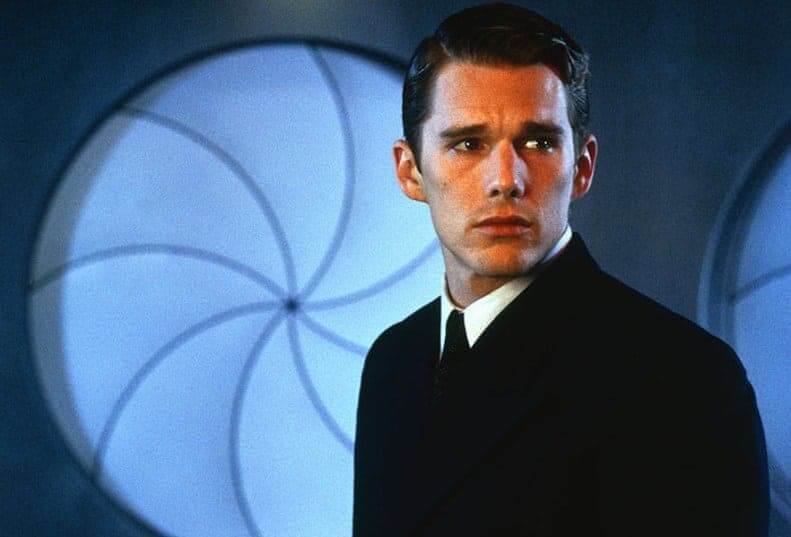 How should Christians watch movies? A good answer to this question has relatively little to do with interpreting camera angles, performing worldview analysis, or looking for Christ figures and Gospel hunger. How a Christian watches a movie should depend quite a bit on how a Christian chooses what he watches. Not all movies deserve a generous audience. For some movies, turning off your brain while you watch is foolish. For others, turning off your brain is the only real way to receive all the good things the story has to offer.

Several weeks ago I gave a lecture through GibbsClassical.com in which I argued Christians should watch fewer movies and what movies they do watch should be based on recommendations from a few trusted critics and friends. To that end, I would like to offer a list of films which I believe to be good, beautiful, humanizing, and suitable aids to the pursuit of virtue and piety.

Note: What follows is a range of everything from mild movies for children to R-rated films for adults. While there are one or two recent films on this list, I have tried to pick films that I have re-watched many times, and which were valuable to me at different stages in my life. I believe the best movies grow with the viewer and can be understood on deeper levels over the course of a life, while lousy films are only worth watching once (and thus not at all) and do not grow over time. While I would like to see a good deal (though not all) of the Hays Code reinstated—and for things like vulgarity, nudity, and “ridicule of the clergy” to be banned from films—there are several films on this list which contain such elements. Readers who by-and-large appreciate my work may still have very different standards so far as entertainment goes, so don’t say I didn’t warn you.

That aside, I could be content to re-watch any of the following films on an annual basis for the rest of my life:

Into the West (1992): The story of two poor Irish kids living in the slums of Dublin who find a white horse that may have supernatural origins. The boys steal the horse and imagine themselves cowboys while their father, a disheveled and rarely sober Gabriel Byrne, reunites with old friends and tracks the boys across the country. A predictable ending which is nonetheless satisfying.

The Long, Long Trailer (1954): This Desi Arnez and Lucille Ball vehicle looks like an I Love Lucy-cribbing cash grab, but actually provides young viewers an understandable picture of what happens to a marriage beset by needless fiscal waste.

Babette’s Feast (1987): The story of a French cook who comes to live with some nuns—who do not know they are nuns, and yet have been fasting all their lives—and one day rewards their fasting by giving them a foretaste of the beatific vision. The single greatest food movie of all time.

Love with the Proper Stranger (1963): A one night stand between Steve McQueen and Natalie Wood results in an unwanted pregnancy, but the unsavory search for an illegal abortion gets McQueen and Wood to reconsider their entire lives (and the possibility of a life together). The sort of movie that makes a man want to double down on a difficult marriage (or a good one).

The Remains of the Day (1993): James Ivory’s subtle, faithful retelling of Kazuo Ishiguro’s beautiful novel. Contemplative, sobering, Remains looks at the relative merits (and dangers) of just bottling it all up.

Night of the Hunter (1955): The story of two children running from a murderous stepfather with curiously demonic powers. An unearthly gothic mood (half Kubrick, half O’Connor) prevails.

The Tree of Life (2011): The only movie Peter Leithart wrote a whole book about.

Gattaca (1997): The story of two brothers, one a child of promise and one a child of the flesh, whose lives ultimately bear out their rival births. When I saw this film for the first time at sixteen, I was speechless. It took me a dozen viewings over the next decade before I had anything profitable to say about it. This was the film that taught me how to view films.

Joe Versus the Volcano (1990): The bizarre, kitschy story of a dying man who is commissioned by the devil to jump in a volcano. Contains enough biblical allusions to satisfy James Jordan. The most underrated film of all time.

Reign of Fire (2002): Might be the ultimate movie for young boys. A post-apocalyptic story about a world ravaged by dragons and two virtuous men with wildly different strategies for survival.

The Fantastic Mr. Fox (2009): A movie for adults (about a failing marriage) masquerading as a talking animal show for children. For a children’s movie, this one is gloriously free of zany editing, irritating music, sentimental lessons, and sub-intellectual dialogue. It is stylish, sophisticated, and keeps yielding treasure on the seventh or eighth viewing.

Paper Moon (1973): A black and white 70’s film about a huckster Bible salesman who is suddenly stuck with caring for his acerbic daughter. Father and daughter duo Ryan O’Neal and Tatum O’Neal star. Not really a family film, although fathers of daughters will delight in the curious dynamic (and equality) between the stars.

High Noon (1952): The classic Western about Gary Cooper’s vexing, pointless attempts to find someone with the guts to help him fight a gang of thugs. It’s Athanasius’s “Contra mundum,” but with cowboy hats.

A Kid for Two Farthings (1955): A work of British realism about a young boy who believes he has found a unicorn, albeit one which looks curiously like a young goat. The film goes the way of all animal stories—and yet, the boy might be right.

Hamlet (1996): Kenneth Branagh’s four hour rendering of Shakespeare’s greatest play. Having never failed to show (many, many) scenes from this film when teaching Hamlet, I have seen it close to thirty times. Julie Christie never fails to prove riveting as Gertrude and Derek Jacobi’s presentation of Claudius as a genuinely conflicted human being cuts me to the heart.

Tokyo Story (1953): The perfect movie for nostalgic people, traditionalists, humanists, and anyone who needs to learn pity and respect for elders.

Paths of Glory (1957): Stanley Kubrick’s deeply vexing story of three French soldiers who shoulder the legal weight of their commander’s stupidity. Your blood will boil for the final half hour.

Metropolitan (1990): Whit Stillman’s chatty comedy about a poor kid mistaken for a rich kid by a bunch of other rich kids enjoying debutante season in Manhattan. As close to Jane Austen’s wit and wisdom as any screenwriter has gotten in the last fifty years.

Wild Mountain Thyme (2020): John Patrick Shanley’s widely panned film about two Irish neighbors, both farmers, who are too proud to admit they are in love with one another. Shanley’s film is so thematically dense, so wild, and so bizarrely moral (and thus so entirely free) that almost no critic had the guts to stick up for it. My favorite film of last year.

The Twilight Zone (1959-1964): Of all the anxious mid-century American storytellers, Rod Serling was the greatest. Other than The Simpsons, The Twilight Zone is the only television show it isn’t impolite to summarize when someone hasn’t seen the episode in question. This owes to Serling’s genius for generating ideas. He had hundreds of ideas that each might have sustained a novel-length treatment, and yet Serling spent each of his ideas on a half-hour TV format. The Twilight Zone is one of the most existentially generous shows ever made.

Children of Men (2006): The greatest film of the last twenty years. A retelling of the Christmas story, complete with a protective old man, a questionable young woman, and a miraculously conceived child. A film which is not just pro-life, but which visually, dialogically, and thematically argues, “He who saves one life saves the world entire.”

Searching For Bobby Fischer (1993): The story of several tired adults who begrudgingly oversee the burgeoning career of a young chess prodigy who is more or less indifferent to their anxieties. A movie about sports dads, really. When the credits roll, you will repent.

Ace in the Hole (1951): A crafty but disgraced journalist (Kirk Douglas) looking for a hot story discovers a man trapped in a mine and turns the miner’s distress into a profitable, glorious media circus. Billy Wilder’s most noted works are comedic, but his dramatic (tragic) turns were no less moving.

Jiro Dreams of Sushi (2011): What if there was a man who felt about sushi the way Dante felt about Beatrice? What if sushi could grant a man longing for transcendence and help him understand the divine nature? Jiro Ono, the subject of this documentary, is one of the most compelling Platonists you will ever meet.