On the Soul – or Whatever 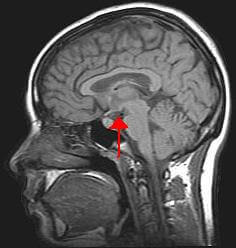 That might sound as mad as everything else I write, so I’d better explain. It’s simple, though. Psychology, as approached today, is false, wrong, in error, harmful, etc.

The foundational idea of modern psychology is positivism, happily combined with materialism. Psychologists spend all of their time determining what can be known about humans “scientifically.”

In order for anything to be know scientifically about human beings, humans would have to be subject to the laws of science. To an extent and in some areas they are. For example, their bodies need energy to move, are subject to gravity, etc.

If humans are nothing but appetites, then they can be studied scientifically. Our actions can be controlled through behavioral mechanisms.

But if humans have a will and reason, then to study them scientifically is akin to studying the sun with a sponge and a thermometer, or to study Saturn by climbing on a step-ladder.

Just as the Russian cosmonaut is said to have said something along the lines of “We went out into space and looked around and your god wasn’t there,” so the modern psychologist goes into the human mind with the wrong tools and says, “See, there’s no will there.”

No, if you close your eyes, you won’t be able to see. There’s no getting around that.

So why are private schools, so-called Christian schools, so anxious to ensure they follow the latest discoveries in a field run by Oedipus?

This isn’t a complex issue. The Bible, experience, our conscience, philosophy, ethics, language, literature, music, and the fine arts all tell us about, all show us, a creature made by God that is amazingly different from every other created being and that is morally responsible for all its actions. To teach modern psychology and to implement its so-called discoveries is to cease, while you do so, to believe in your statement of faith.

The Old Testament speaks of man: not clinically, with his human attributes all neatly classified, but concretely, i.e. the writers take a man as they find him and assess what he does, his behavior towards his fellow-men and the attitude he displays toward the law of God.

Or perhaps this from a magazine I stumbled across in a bookstore and failed to record the date. The magazine was The Public Interest:

We produce no assessable outcomes. The shaping of a soul is a simply immeasurable event; moreover, it is sometimes not evident until much time has passed.