Writers and their Mental Workshops 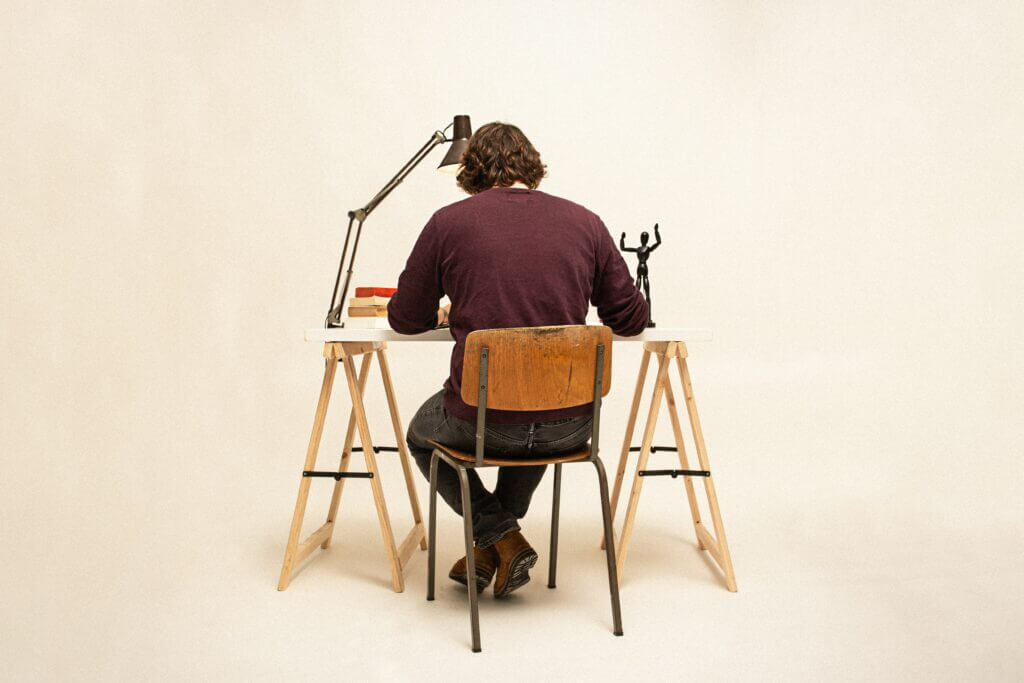 “A man may write at any time, if he will set himself doggedly to it.”

Samuel Johnson quipped this line into immortality when he spoke it to his biographer, Boswell. The internet, which prefers to think more about “being a writer” than “learning to write,” positively crawls with that quotation and a slew of other like-minded soundbites, even while ignoring Johnson’s wiser qualifications to it.

And modern readers, especially those of us who are interested in the craft of writing, are disposed to like what little we’ve heard from Johnson. It makes us think, in turn, of the one or two things we know about Hemingway: we can vividly imagine that hard-bitten godfather of our modern prose chiseling at a typewriter while shells whistle overhead into Normandy or occupied Paris. Writers like that know how to set up shop: they know how to get to work and write.

But the path to actually living by Johnson’s, or Hemingway’s, or any great writer’s doggedness is not a path at all. For any would-be writer, especially the young, it is a broken deer trail through a personal wilderness. Without a trail to follow, “setting oneself doggedly to work” entails many painful, fruitless hours of staring at a blank screen.

I suggest that there is a much-overlooked bridge between “not writing” and becoming a “dogged writer.” It consists in knowing how to get oneself writing: that is, in knowing how to set up shop. Great writers are keen to describe that very process. The best of them are often the most inventive in their descriptions, not because they like the fluff of it all, but because they understand that there is something strange and difficult about taking a thought and rendering it into symbols on a page. Thus, Homer claims not to invent poetry but to hear it from the mouth of the muse. Similarly, William Blake claimed to hold converse with an inspiring angel, and William Faulkner more darkly credited his productivity to the chiding of a demon. Others, like John Keats and Seamus Heaney, figure writing as a kind of agricultural work—as gleaning wheat from the fertile mind, or digging for fuel in a peat bog. Wallace Stevens even likened his craft to sifting through trash in a dump.

Beneath each of these figures lies the shared awareness that writing does not merely happen as the mind wills it. Rather, as the great poets must agree, writing is difficult and often happens slowly. For this reason, I take it as deeply important when a writer, especially a young one, discovers a metaphor or imaginative ritual that is true to his experience of his craft. It is as though he has learned the layout of the mental workshop in which he will do his work, with various places to visit and things to do as he works through his project. When he describes this workshop and its rituals in concrete images, he not only describes his experience in true terms (a high accomplishment in its own right) but shows a matured awareness of his craft. Part of that maturity consists in learning to cope with writer’s block and the slowness of the work. Hence, Homer must wait on his muse to speak, as Keats must wait for grain to ripen, and Stevens must wander in the dump for a long time until he finds something worth his use. Because, for the writer, waiting is as much a part of the process as it is for the correspondent or the farmer or even the baker. By thinking of his own craft’s likeness to other kinds of work, the writer learns to make sense of the many hours in which he must wait for his thoughts to turn to words.

Another part of that matured awareness consists in knowing how to overcome this slowness and writer’s block and actually write. I warrant that this is why great writers conceive of their work not as a sudden act of willing words onto the page but as an imaginative process with intricate steps. Each step, even if it takes place purely within the mind, will be productive—a forward movement toward the end goal of a finished composition. Perhaps this is why the opening lines of Homer’s epics—the ones in which he invokes his muse—are so striking. To ask for anything from the muse, one has to know what he is asking for, and writing it in the form of a request becomes a kind of warm-up to the larger task of writing the rest of the poem.

If we were to survey the most successful student writers, I suspect we would find that most of them have already begun to imitate the great poets and think of their writing as an imaginatively vivid process, even if subconsciously. They will know the steps of their craft, their preferred media (paper or screen?), times (morning, noon, night?), and tools (pen, pencil, or paper?). No doubt, their terms will be less precise, and their metaphors will change, but all workmen adjust the height of their bench and the fit of their handles as time brings them to know their work and their needs more deeply. In the meantime, we should be encouraged by students’ increasing awareness of the mental intricacies of the work—which, when it comes time to write, will allow them to substitute calm and order for chaos and panic. To advanced student writers, then, I encourage the development of a deeply personal, fairly intricate ritual for writing. In doing this, they will begin to plot out a mental workshop and learn which corners of their mind to visit at the right times in the process.

And to all writers, including the struggling and the young, I suggest attention to the lessons and the figures of the great poets—and, specifically, to the way in which they describe their work. This will constitute a kind of tour through their own minds and workshops, all of which we, who are mere students at their feet, can imitate. It is no matter if we are writing mere essays in the face of their great poems. The poets will tell us all we need to know: why some days are easier than others, how to recover our own elusive cleverness, and how to take consolation for our own lost time.