What Top Gun: Maverick Gets Right About Education 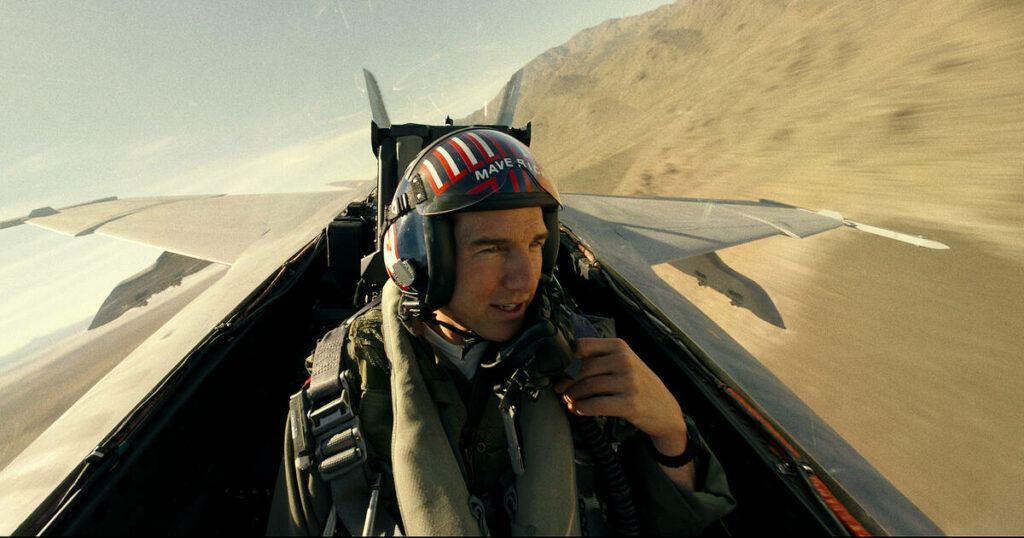 There are plenty of great films about education, but none of them feature Robin Williams standing on a desk. Over the next several weeks, I will be posting a series of essays on films that unexpectedly get something vital about education very right.

Top Gun: Maverick is a gazillion dollar action movie, but most of the film takes place in a school. It’s an elite flight school for fighter pilots, sure, but a school nonetheless, and the relationship between the teacher and his students in the film is strikingly free of modern classroom cliches. For starters, the teacher in Top Gun: Maverick is an actual teacher. He’s wiser, more experienced, and more humane than his students. He’s also older and more stable than his students, which means he really doesn’t have anything to learn from his students. They have a good deal to learn from him.

Against such a conventional premise, our modern hackles are raised.

“No student is greater than his teacher,” says Christ, which is a truth most contemporary teachers—even classical Christian teachers—have a difficult time accepting. It strikes us as arrogant and undemocratic. It doesn’t comport with our want to believe that asking tough questions is more important than offering tough answers. I am not prepared to argue that Top Gun: Maverick is a profound piece of work. It is nothing more than a good story—and yet, in mirroring reality, good stories often slyly, unwittingly confess profound truths we are otherwise embarrassed to admit.

Pete Mitchell (Tom Cruise) is an old flying ace who accepts an assignment to train a bunch of hot shot youngsters how to fly a mission which is so dangerous, top brass doesn’t think they have a shot at coming back alive. Mitchell refuses to accept this, though, and insists on training his students to do the job in a sustainable way, which is also more difficult than the sloppy suicide strategies favored by his boss. Ironically enough, the students complain about the more difficult way, despite the fact their teacher means it for their own good.

During their lessons, Mitchell humbles his students, though he doesn’t insult them or degrade them. The fact he doesn’t have anything to learn from his students doesn’t mean he doesn’t need them. I believe many good teachers claim they “learned more from my students than they learned from me” because they rightly want to appear generous and humble. Still, that’s not the way to do it. I will happily admit that several times a year, my students make observations on our texts which have never occurred to me, no matter how many times I have read them. When this happens, I say, “Oh, that’s quite good. I’ll have to use that in the future,” and they smile with justified satisfaction. I suppose most literature teachers could claim something similar.

Nonetheless, the voluminous accumulation of such moments over a long career is not “learning more from my students than they learn from me.” A fully formed student “becomes like his teacher,” and that’s how teachers may be distinguished from students. The student imitates the teacher, the teacher does not imitate the student. The teacher is whoever initiates and sustains the direction which imitation flows.

When none of Mitchell’s students can pass his difficult tests, they despair that anyone can pass them, so Mitchell proves they can be accomplished in dramatic fashion. He completes the tests himself, then invites his students to follow him into the actual mission. In the actual mission, Mitchell completes the most difficult portion, but when things go unexpectedly wrong, his strongest student risks his life to save his teacher. Mitchell needs his students. He doesn’t need them to teach him something, but he still needs them.

I need my students, too. Every teacher does.

The thing is, what I need of my students isn’t glamorous, isn’t thrilling, and really isn’t the sort of thing many of them are all that excited about giving. What I need from them is their attention and their obedience. Seems trivial, I know. It’s not Robin Williams standing on a desk, but it is still a genuine need. Why? Because I need someone to carry on the tradition. I need someone to carry on the conversation. I need someone to keep teaching the Canon. I can teach the Canon on my own, but I can’t keep the Canon alive on my own, and my goal as a teacher is not merely to teach, but to keep something ancient alive and well into the very distant future. I need to be believed. If I am not believed and obeyed, it was all for nothing—and I will ultimately be judged on whether they believed and obeyed.

A tradition is something which is received and given again, which means every tradition necessarily involves at least three parties: the past, the present, and the future. I receive Plato from my teachers and then give Plato to my students, thus my students have no direct, material connection with my teachers. They have an indirect, spiritual connection with them, and this is what makes a tradition a tradition. It isn’t coercive. It’s voluntary and free. I don’t have to teach my students what my teachers taught me. Traditions are kept alive mystically. They have an authority we obey not because of fear, but because of love. We obey bullies and tyrants out of fear. Plato is a ghost, though, and when he stands in my way, I am free to walk right through him to whatever fool thing I want to do.

This means that I, the teacher, don’t really get to participate in the tradition unless I have someone to receive the Plato which I received. My identity as a teacher depends on having obedient students. If they are not obedient, I am not a teacher. A teacher is not merely someone who stands at the front of the room and talks. A teacher is someone who both imitates his own teachers and offers that imitation to his students to imitate, as well. Of course, the teachers I am imitating are imitating their teachers, who were imitating their teachers. I’ll let you in on a secret: at the end of that great chain of teachers imitating teachers, there are angels. There is God.

Obviously, a good deal of this is quite a bit beyond the grasp of Top Gun: Maverick, and yet I don’t know that many modern Christians would be willing to tell a story where the teacher was as downright teacherly as Pete Mitchell is in Top Gun: Maverick. We don’t like our teachers to stand on stages. We don’t want them above us, reaching down to lift us up. We prefer teachers to be at our sides, enabling us to do whatever we want to do. We like our teachers flawed, broken, and we like our students wiser than their years. Those kind of stories persuade us that we really don’t need to obey anyone, and that our teachers are, at best, toolboxes we can use if we feel like it. But Top Gun: Maverick is a story of gracious authority, which is something every student thirsts after, even if it’s hard to admit.

3 thoughts on “What Top Gun: Maverick Gets Right About Education”