The Virtue of Argument 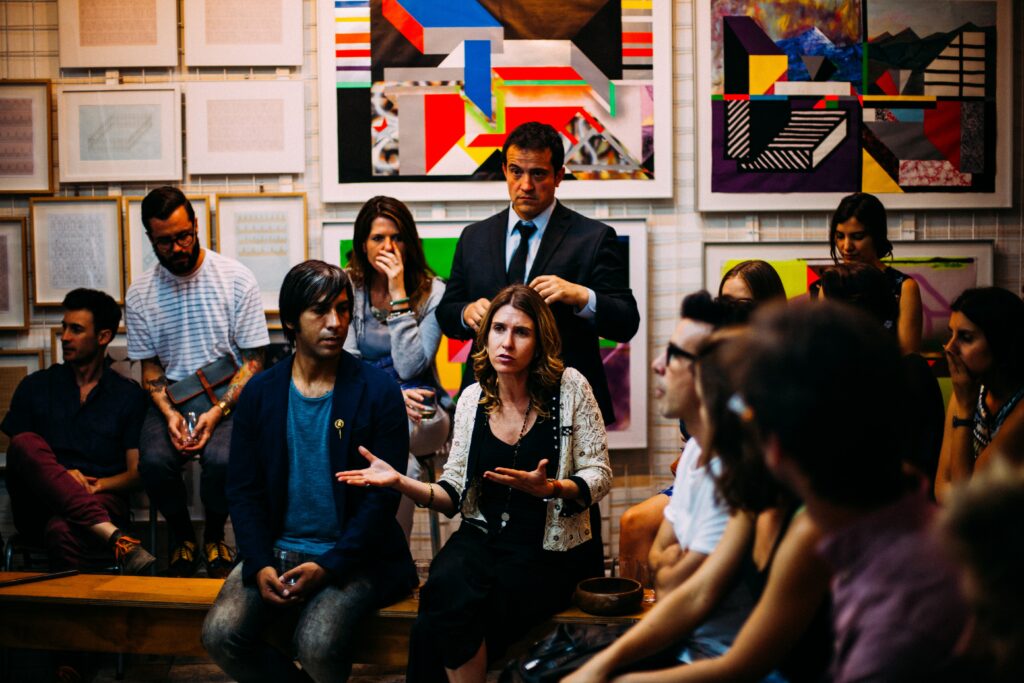 As I sat down to write this, my daughter asked me what I was writing about. Adequately explaining virtue to a 9-year-old seemed like it might take more time than I wanted to devote at the moment, so I simply said, “I’m writing about how argument can be good.” She instantly responded vehemently with, “No, it can’t!? Arguing is a bad thing?!”

I can’t fault her for thinking this way. How many times does she hear her dad or I tell her and her sister to “STOP ARGUING!”? Similarly, I would guess that if we were to poll random strangers on the street and ask them if arguing was virtuous, the majority would say no. We live in a world where the primary examples of argument we see or hear are unvirtuous. Most of the arguments we come across are filled with name-calling, fallacies, and lies. They are often poorly constructed, unorganized, and confusing. More importantly, the content we hear being argued is trivial, inconsequential, and redundant.

In short, argument today lacks virtue. We see this lack of virtue in two distinct ways: in how we argue and in why we argue. The how of argument encompasses our structure and process. Are we ethical when we argue? Do we respect our opponents while still trying to convince them of our claim? Does our argument make sense? Is it easy to follow? Did we take the time to research quality evidence? There is virtue in constructing a solid argument that we can be proud of. There is virtue in focusing more on the exchange of ideas and less on winning at any cost.

The why of argument involves what we’re arguing about. Is our topic worthy of this kind of discussion? Is there value in convincing our audience of our claim? Why do we want to convince our audience? Is there Kingdom merit in what we are trying to prove? There is virtue in arguing something that has eternal value. There is virtue in arguing a topic that is contestable rather than a topic that no one really cares about.

The four classical virtues of wisdom, justice, moderation, and courage are on display when we argue virtuously. In regards to why we argue, our students should argue in a way that moves their audience towards an increase in wisdom and a love of justice. Courage, then, is a natural result of arguing virtuously. When we choose content that matters or content that is contestable, courage is usually a necessary prerequisite. As for the virtue of moderation, I go back to my statement before about winning at all costs. The majority of the arguments we see are ones that begin with that goal in mind. Those who argue virtuously recognize that the exchange of ideas is often the more desirable outcome. As for the virtue of moderation, let’s consider what it takes for an audience to truly be persuaded. Sometimes the speaker needs to show restraint when arguing their point. In an effort to move their audience towards agreement, an individual who is arguing virtuously should avoid extremes, maintain their composure, and argue calmly. They should display the virtue of moderation.

If wisdom is recognizing that there is a hierarchy of goods and virtue is ordering our loves to concur with that hierarchy, then selecting a good topic that is worth arguing is virtuous. Yes, our students could write their thesis on why cats are better than dogs. The topic is surely contestable, but is it virtuous? Does it require courage? Does it move the audience towards the pursuit of justice? Are there better things to spend our time on? More virtuous things? Probably. There is wisdom in recognizing that there is a hierarchy of topics that are worth our time arguing.

Is it possible to train our students in the art of argument and miss teaching them the relationship between argument and virtue? If our aim is to cultivate virtue, then we need to work diligently to help our students see this connection. We should push them to understand the virtue of creating a strong argument and challenge them to pursue topics that are God-honoring and have merit.

In their book Wisdom and Eloquence, Evans and Littlejohn state that as students move through the dialectic stage, they learn the art of argument and hopefully grasp what is involved in constructing a solid argument. Let us not fail to help them also understand the importance of constructing arguments with virtue by recognizing the importance of moderation. As they move through the rhetoric stage, the focus shifts to one of persuasion. Let us not fail to ignite in them a passion for choosing courageous thesis topics that move their audience towards an increase in wisdom and a love of justice.