Tolkien, Rowling, and Homer: Something Worth Living For 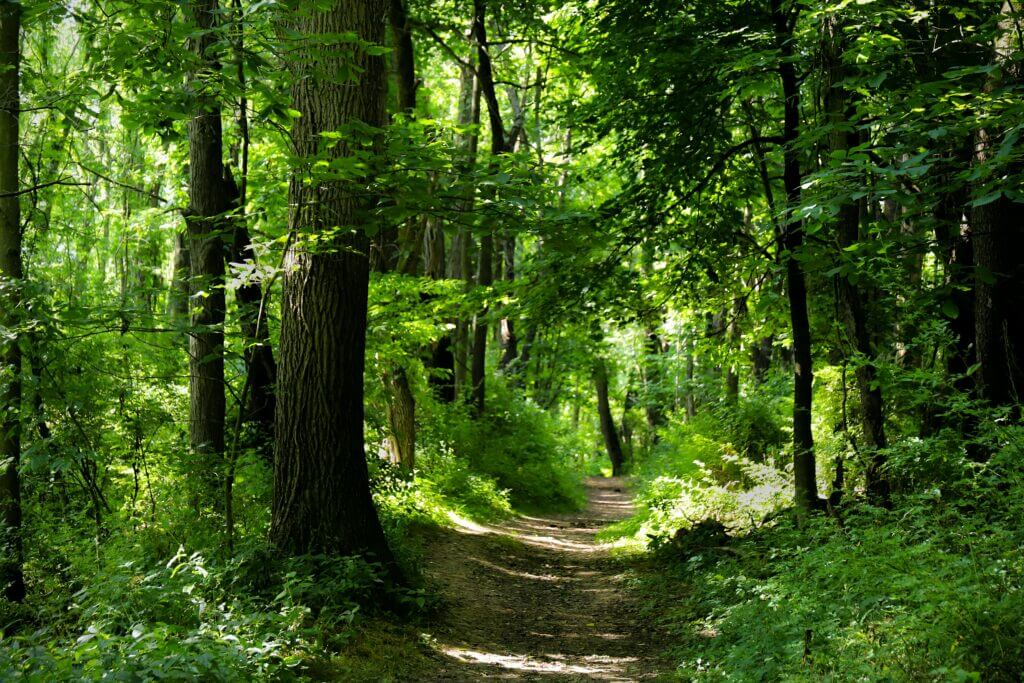 My husband and I have spent more time walking in our neighborhood together since March of 2020, when much of our city shut down. Rooting ourselves more deeply to home and place has been an unexpected blessing.

The streets in our corner of the neighborhood are named after people and places from The Lord of the Rings. As the pandemic drags on, and day after day I walk down “Silmarillion Trail,” past “Middle Earth” and “Mordor Cove,” I have covered miles of both pavement and thought, trying to figure out what is happening to our community. There are many changes to cope with, but above all I have been grieving how the pandemic has impacted the worship in Christ’s church.

We humans are and always have been afraid of death, but the threat of COVID-19 has newly awakened or intensified that fear for many of us. Yet at the very center of Christian faith is the joy of knowing Christ’s victory over sin and death. That is the very thing we gather on a Sunday morning to remember, embody, and celebrate: death has lost its sting. What are we to do when a pandemic arouses our fear of death, yet also cuts us off from that which gives us victory over it?

In Tolkien’s Silmarillion, the men of Middle-earth turned evil when they began to fear or reject death. Immortality was given to the Elves, but the hard gift of mortality was appointed for men. In The Lord of the Rings, Tolkien consistently invites us to judge the men, and hobbits, of Middle-earth by their attitude toward death; will they accept that the way to eternal life leads through the portal of death, or will they grasp after illicit powers in order to flee its humiliating darkness? Each person must choose whether to walk freely along this road set before them or flee from it in vain. All choices are incarnations of this ultimate choice: One must either lose his life in order to save it or cling to his natural life only to find it lost forever.

This is the source of what Chesterton calls the “Doctrine of Conditional Joy” that shapes every true fairy tale, for “according to elfin ethics, all virtue is in an ‘if.’” You will live happily ever after if only you will not touch the ring of power, if only you will deny yourself this one thing, if only you will not turn aside from the Way. The battle for Middle-earth is won or lost at this crossroad which runs through the heart and life of man. Will we accept that there are worse things than death or will we do everything we can to flee from it, thereby ultimately losing everything that is worth living for?

Imitating her predecessor well, J.K. Rowling also makes our attitude toward death the primary theme of her fantasy epic. In 2007, Rowling told the Today Show that “all of my characters are defined by their attitude to death and the possibility of death.” Her magnificent villain’s name, Voldemort, literally translates to either “flight from death” or “willing death,” illustrating that the more we try to escape the reality of our own death, the more we end up willing spiritual death. Voldemort’s grave sin is his “failure to understand that there are things much worse than death,” like the loss of virtue, friendship, or courage.

Freud had a name for this ironic and neurotic tendency of the human soul. He called it Thanatos. He was fascinated by how someone would withdraw further from life the more he feared death. Fear of dying has incredible power to keep us from living.

Homer offers perhaps the best illustration of human Thanatos. In the Iliad, he sings of the wrath of Achilles, whose name comes from the Greek word for grief (ἄχος). “Sing, o Muse, of the rage of grief!” We feel it.

Achilles’s grief and identity is bound up in his fate. He is the greatest Greek warrior, prophesied to be the immortal son of Zeus, but then, by Zeus’s own fear of death, Achilles is made to be mortal son of Peleus instead. Made for immortality, Achilles grieves that he is born to die – like all humans made in the image of God with eternity written on their hears. As consolation, Achilles is given a choice between living a long and quiet life of obscurity or dying young with great glory before the walls of Troy. For the Greek warrior, to die in glorious battle was to win a kind of secondary immortality in the poet’s epic songs.

In choosing how he will face death, Achilles chooses what he will live for. Will he live for the heroic glory of the warrior, or will he spend his life living for the virtues of hearth and home? Ultimately Achilles chooses glory because he is resolved to avenge the death of his friend. As round and round the city Achilles chases Hector, we see Thanatos in action. Hector is wearing Achilles’s own armor and, as is commonly known among archetypal critics, clothing connotes identity in a story. Thus symbolically, Achilles is chasing himself around and around Troy, running toward his death at the very same moment he tries to flee from it. By seeking the false life of immortal glory, Achilles has lost his life. In The Mortal Hero, Seth L. Schein argues that Achilles “most clearly and movingly exemplified” the tragic paradox wherein a Greek warrior “achieves greatness and meaning in life only through the destruction of other would-be heroes and through his own destruction.” The Iliad is the tragedy of human Thanatos writ large.

When we see Achilles again in Hades, we learn that he regrets his choice. He tells Odysseus, “never try to console me for dying. I would rather follow the plow as thrall to another man, one with no land allotted him and not much to live on, than be a king over all the perished dead.” Some things are not worth dying for.

Odysseus makes a different choice. Although with his own mortal eyes he has seen the shadowed sorrow which awaits the dead in the house of Hades, he still rejects Calypso’s offer of immortality in favor of the love of Penelope. While the glory of a warrior is not worth dying for, the virtues of a faithful marriage are. When given the choice between immortality and dying for the sake of home, Odysseus chooses to accept his death, and in that acceptance he gains something worth living for.

The bridal bed of Odysseus and Penelope is perhaps the greatest image in all literature, for it speaks of that great mystery which angels have longed to understand: the marriage between Christ and his Church. The Eucharist table, another image rooted in the home, is the place where the sojourning church on earth receives an embodied foretaste of our eternal union with Christ. Like Odysseus’s great bed, the communion table is the immovable center of our life together as the Church. It is upon the communion between Christ and his bride that the house of the Church and the life of God’s family is built. It is at the Eucharist table that we are fed and sustained through the hard waiting of this life until our Bridegroom’s true return. Those who, like Penelope, are faithful to the bridegroom will never let the table be moved.

The Odyssey, The Iliad, Harry Potter, The Lord of the Rings—these stories are great because they tell us our own great story. Mortals doomed to die, we too have been given the awesome freedom to choose the way of sacrificial life or self-serving death. Pandemics have always come and gone. Mortal dangers have always been present. The current crisis does nothing to change what is true, what our commitments are, and what we are called to live for.

Science can tell us what the risks are, but it can’t tell us what things are worth the risk. Keep the fires burning so we will be ready when the Bridegroom returns. This is a life worth dying for.