From Snowflakes to Snowcastles, Part 2 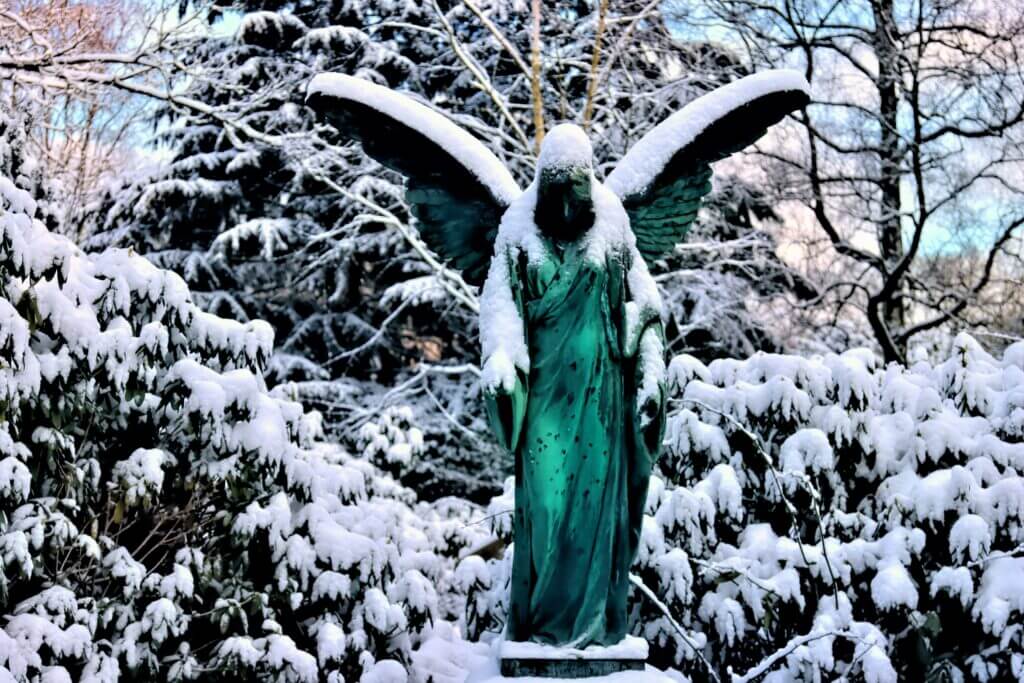 If excessive and too rapid change leads to an unlinking of generations and the severing of community and cultural institution continuity, how can that link be re-established? How can we rebuild what was destroyed by that change? What things ought we avoid in the attempt?

The first and most obvious answer is to mitigate change. In a world where everything from sexuality and gender to governance and worship have changed with great celerity, resolutely refusing to change may be the most effective change. But, we can’t do this at the highest levels, for the act of taking lawsuits to the Supreme Court, or lobbying for the best and biggest laws, or protesting for rights is to risk introducing more great change. Here, the best thing we can do is to follow the advice of Jordan Peterson and start making our beds.

You’ll have to bear with me as the argument unfolds because it hinges on a point made in the previous article: change itself (when too rapid and too excessive) is the problem, not the quality of the effects of that change. Sure, protesting for rights (especially if they are legitimate rights) or lobbying for just laws (especially if they are legitimately just laws) are good things. But, with the increase of change comes the severing of cultural continuity. This is the very thing we are trying to repair, so any attempt that further exacerbates that (and exasperates the involved generations) works against us.

Thus—and this is a difficult thing to admit and confess—the very raising of cultural warriors and world-changers may be part of the problem. What we need to raise are bed makers and dishwasher emptiers. I don’t intend for this to be dismissive, nor do I think Jordan Peterson does. What this really boils down to is slowing the tide of change in our own homes, in our own families, and in our own immediate communities. I need to “fix” myself before I think I have the right (or authority or responsibility) to “fix” anyone or anything else. It becomes a test of my ability to lead justly and rightly. If I can take the time to discipline myself as a bedmaker and a dishwasher emptier and a finisher of homework and an attendee of classes and a responsible employee and a faithful husband, then I can expand my “realm” as it were and begin bringing order and discipline to the next layer around me: my community or my neighborhood.hen I’ve been responsible there, I can increase my responsibility again. The ancient Romans called this the cursus honorum, or the course of honors. The effect, besides growing in self-discipline and responsibility, is that I limit change to that which I and those around me may endure, and my example speaks for itself.

The next thing we must do is stop preaching at the Millennials and Generation Zers. The content of our preaching, if we are being faithful to the received inheritance, is incapable of being passed on precisely because of the discontinuity and severing of generations caused by all of the change we pushed. In fact, a generation that has not been able to receive the inheritance and is living in a flimsy edifice—itself a result of the change—can only receive the content of our preaching as more change! And, if that preaching includes the demand or expectation that they act on it immediately, it includes change that itself would be happening rapidly. Our storytelling, perhaps, reflects this.

Much of the storytelling coming from us, the older generations of Boomers and Generation Xers, is itself excessively preachy. Rather than obeying the “show, don’t tell” rule of good storytelling, we show something, then immediately tell them what it means. I remember once visiting a class in which the teacher took the students through a craft project that was intended to demonstrate to the students a particular virtue, then immediately followed the project with an explanation of what the virtue was that they learned. Just in case they didn’t get it from the exercise itself—they were going to get it, one way or another. Current generations perhaps started feeling this discontinuity more on the conservative and Christian side, so storytelling from the Christians and conservatives fell into this preachiness trap rather early.

The younger generations, the Millennials and Generation Zers, having been largely severed from the earlier generations, have fallen into the same trap with their own storytelling. Levi jeans has a commercial “lecturing” the viewers not to buy new clothes too frequently as it’s bad for the environment. In the movie, Wonder Woman 1984, it ends with Wonder Woman preaching a sermon dictating exactly how we ought to live. Her sermon, which could have all been embodied in the story itself and “shown” rather than “told”, goes on for several minutes. In the reboot of the British television series Doctor Who, many episodes end with the Doctor telling her companion exactly what lesson she should learn from the experience they just had. What the show just spent 50 minutes “showing” us, the Doctor now spends five minutes “telling” us about. The generational lack of continuity leaves each generation with no choice but to “tell” each other what to do and to be. How else can they communicate what is right and wrong?

This leads us to the third solution: we must return to stories. In Plato’s Republic, Socrates tells us that nothing gets into the soul by force, but stories can enter because they come to us like play rather than as force. We need stories. And the right stories and the best stories are capable of providing a clearer identity and a stronger foundation, one that can endure some change and attacks.

So, what are these stories that are so desperately needed? We need to share with one another the stories that have been passed on to us as part of the cultural inheritance, but we also have to recognize that younger generations have little reason or even means to receive them from us. So, we do it, but not as a means of change or cultural warfare, complaining on social media about all of the good books that have been erased or “canceled,” for this puts us in violation of the first principle stated above.

This means sharing stories the same way we discipline ourselves: as an act of bedmaking. Read the best stories rather than the most entertaining or up-to-date or relevant stories. Set aside your favorite new book and pick up an old book. Receive the wisdom of C.S. Lewis and, at the least, read one old book for every one to three new books. Pick up Aesop’s Fables or D’Aulaire’s Greek Mythology or Grimm’s Fairy Tales or Homer’s Iliad or Odyssey or the Bible’s stories, and read them, love them, and share them with your own family and your neighbors, allowing the responsibility to share it with others grow with you. Let it invite change in a way that all can endure. As we allow ourselves to be changed in this way, slowly but surely, we create the healthy and real possibility for change to happen to others. And it happens unforced, as an act of play, effecting change properly: that is to say, slowly.

In this way, these images of God: our children, neighbors, students and the people they love, whom we’ve reduced to so-called “snowflakes” can come to see their true identity more clearly and build those identities on a firm foundation. In this way, they can make snowcastles out of snowflakes.