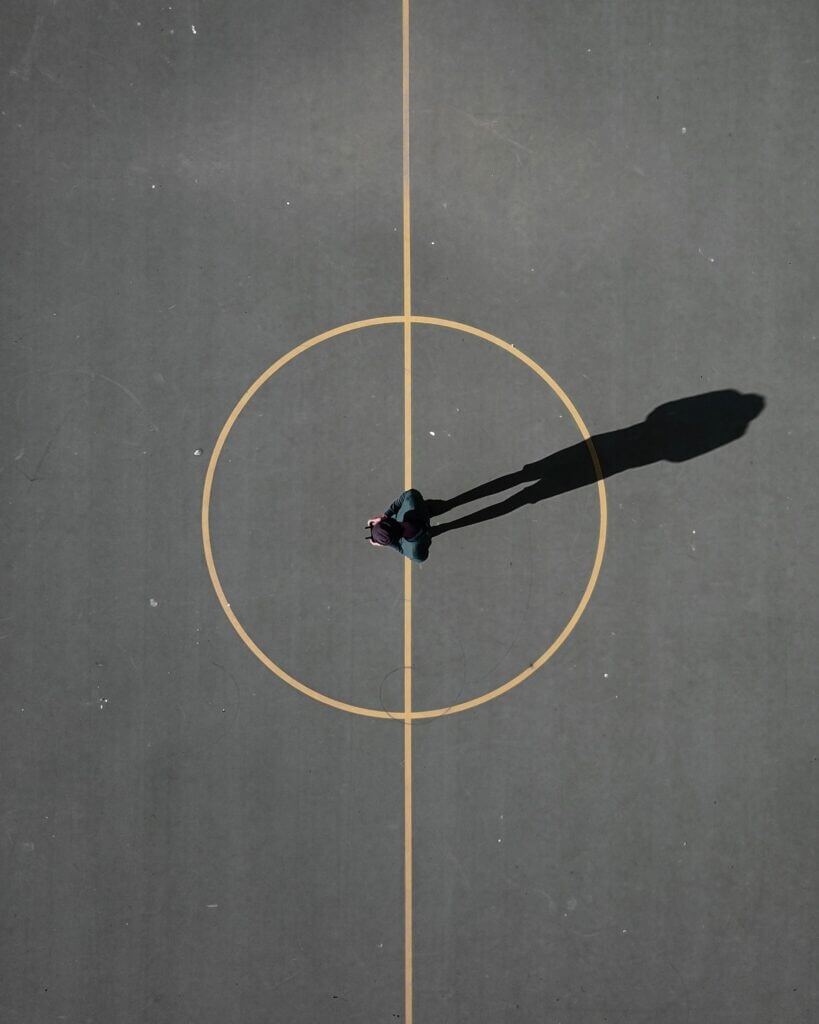 “Then, my noble friend, geometry will draw the soul towards truth, and create the spirit of philosophy, and raise up that which is not unhappily allowed to fall down.” – Plato

It seems to me that teachers often overlook Mathematics as a way of helping their students commune with the True, Good, and Beautiful. While a class like Humane Letters more explicitly and obviously pushes students and teachers to wrestle with enduring questions about morality and ethics, a class like Geometry more subtly demands contemplation of transcendent truths, and is therefore often pushed to the margins and seen as merely practical.

Unfortunately, most of our modern apology for Mathematics relates to its utilitarian place in the so-called “Real World”. This is the worst defense for Math that exists (though it holds truth). I remember teachers trying to convince us of the importance of memorizing our times tables, warning us that we “won’t always have a calculator” with us. Well, it turns out that that was a lie; we are hardly ever without calculators now. Are the times tables now not worth memorizing since their significance and worth was predicated on calculator-less-ness? As St. Paul would say, “May it never be!”

Even in a world filled with smartphones, Math still deserves our study and attention – but why? Perhaps we might say that Math is a type of language—or at least a hum or a song—of Beauty and Order, which ultimately reflects God and His essential character and nature. Or maybe Math is important and good because it shows us the faithfulness of God as a personal, loving Being: as two and two will always make four, or as thirteen inches will always be thirteen inches, the consistency and immutability of numbers ultimately reflect the consistency and immutability of God. And while I believe all of these defenses are true—even the everyday practical defense, as base and pragmatic as it is—I believe that Math offers something no Humane Letters class could ever offer, something far more essential to the human experience and abundantly more satisfying to the hungry student and his hungry soul: Math class teaches students about the nature and phenomenon of prayer.

If I can say it another way: Humane Letters teaches us why we should pray, Mathematics teaches us how to pray.

When the disciples of Jesus asked him to teach them how to pray, he offered them a parable about a determined friend in need of bread (Luke 11). We are told that because of the friend’s impudence, he was able to receive the bread he needed (this is not unlike the Parable of the Persistent Widow). From this, then, we understand our first connection between Math and prayer: perseverance is a requirement. I do not mean this glibly. While Frankenstein may pull a student in and lower his guard against great literature with its horrifying and wonderful storytelling (as we see with Nathan and David in Scripture), Math does not package itself in spellbinding stories. It must be assailed if it is to bless the student in need: the friend must pester, the widow must bother, the sinner must beg, the student must determinedly demand. Math exists in the heavens and beyond, after all. And who may ascend the Hill of the Lord? “He who has clean hands and a pure heart, who does not lift up his soul to what is false and does not swear deceitfully.”

Requiring perseverance, Math, then, is not easily accessible; it is cerebral, immaterial; it is invisible, non-actualized, and unmanifested to the student. Humane Letters, though, has been materialized in history itself and countless fictional works; it has been concretized to a degree in familiar and foreign and fantastical characters and creatures. Humane Letters provides a pattern and personal and practical warning about particular things; we can look back and see what happened to the slave and the empress, the king and the people, and apply their stories to our own. Math, on the other hand, is most readily presented and represented in seemingly arbitrary and abstract symbols, like the number 2. While a student may instinctively know the meaning of an army that walks in circles around a foreign city in order to conquer it, or that Spartan shields were circular, it is very different and difficult to define and describe the shape known as the Circle.

The student knows the Circle truly exists, of course, but the student has never once seen a perfect circle in the wild, he does not encounter them in the streets; the Circle has all the mythos of Sparta without any of the sensationalism. All the circles he knows are artificial, but this also does not make them any less real or any less obliged to follow the laws of nature. Whether by Archimedes or not, we know that a Circle must submit to specific rules of nature: as the diameter of a circle expands, for instance, the radius and circumference must follow; moreover, the circumference will always be about three times larger than the diameter.

there should be more than a hint of wonder in students when they first realize that circles must necessarily be proportional, all unfolding in the same fashion. This idea easily leads the student to ponder what happens to a circle if it is bent or expanded in one or more directions (giving the shape of an oval, let’s say). We will have found that the Circle ceases to be a Circle, which then causes us to think about the nature of things and what makes a Thing a Thing.

To get back to the point: the Circle was found. Perhaps it was found out by digging a hole or circling rocks around the communal fire or investigating shields and bowls more closely. Regardless, it should be known that Math, of course, was not invented, but discovered. These lofty laws of mathematics had become manifested and knowable when a hole was dug or rocks were set out.

The student in Math class, then, participates in this same kind of discovery. Which is to say he participates in a strange form of prayer, for the practice of articulating Mathematics in the physical-material world is tantamount to having one’s prayer answered and received in the physical-material world; it is taking that which is Above and seeing it in the Below. As the needy sinner knocks and bangs against the doors of Heaven, begging that God would satisfy his need, so the student knocks and bangs his head against his textbook, hoping that he might understand the relationship between the circumference of a circle and its diameter; and as the prayerful begs God to manifest the divine in the physical world, the mathematician begs truth to manifest numbers in the material world.

Prayer is a venture into the metaphysical world, it is the desire to bring that which is beyond to the Here and Now; it is trying to make Earth as it is in Heaven. The needy sinner hopes for some justice or mercy or wisdom or truth, and this can be manifested in the physical-material world which symbolizes and represents the work of God, the “power of prayer”, the communion between Heaven and Earth (as seen with the friend eventually and actually receiving his bread). As prayer is receiving the grace of God which sometimes shows itself in the physical-material, so “doing Math” is receiving Mathematics and showing it in your notebook (do teachers know they mean this when they ask students to show their work?).

When a student draws a circle with a radius of four inches and knows how to discover the diameter and circumference of such a circle on his Geometry quiz, he has manifested the abstract, the invisible has become visible, the word has been made flesh. A foreign form and strange kind of prayer has happened on that simple sheet of graph paper. When a student wrestles through his Math homework, he is (hopefully!) seeing and learning that not only must one ascend the Hill of the Lord, but the Lord may come down from His Hill, that Heaven and Earth are capable and willing to touch, that it may be on Earth as it is in Heaven.