Put The Trivium On Ice And Cover The Basics First 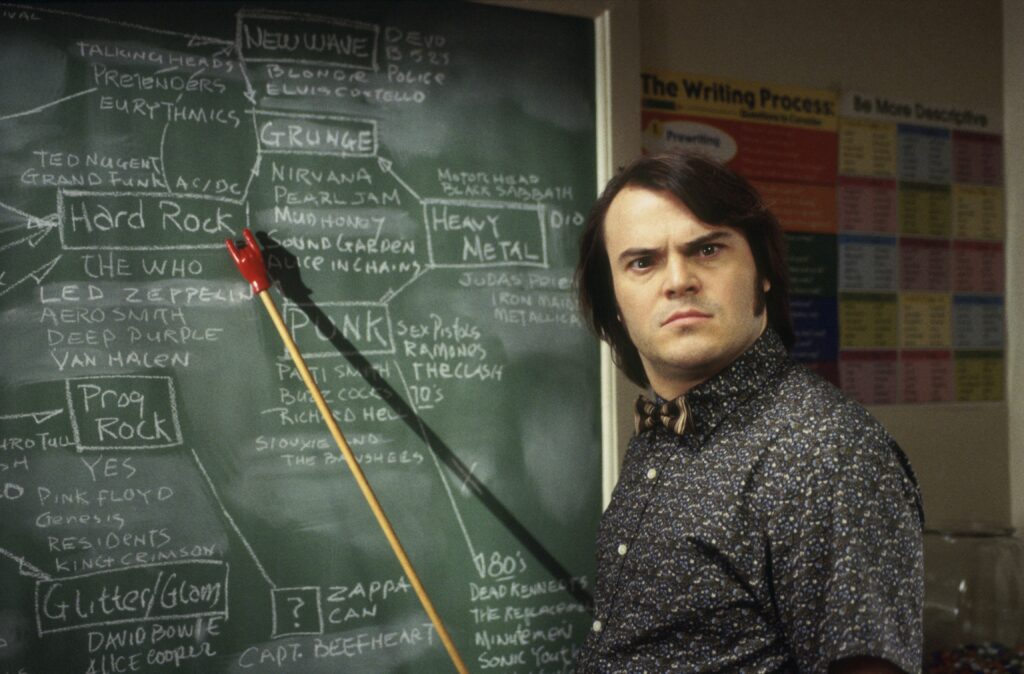 Of all the many and diverse tasks which the humble high school teacher must be capable of performing, the most difficult is also the simplest. I call this task the most difficult because, in my experience, more teachers fail at it than any other. It is not a failure unique to literature teachers, language teachers, math or science teachers, but widely observable in classrooms of all sorts.

The task I refer to is that of overseeing a productive study period.

Before going forward, let me first say that the best teachers do not give their students study periods, or they do not give them many, at least. Perhaps one every year, although preferably less often. Good teachers treat class time the way pastors treat church services, and no self-respecting pastor would tell his congregation on a Sunday morning that he was going to “give them the next hour to just read their Bibles.”

Nonetheless, when I refer to “study periods,” I mean those class sessions wherein the teacher begins by saying, “I’m going to give you the next hour to study,” and then retires to his desk to grade papers, read, prepare for other classes, browse the clearance rack on the Old Navy website, or debate the finer points of libertarian political philosophy on Twitter. What typically follows the announcement of a study period is this: two minutes of rustling around in backpacks and binders for something to do, then fifty-eight minutes of not-studying.

Three minutes in to the study period, the teacher will say, “You need to be quiet and work,” for the first time. He will say this somewhere between eight and twenty more times before the hour is over. Two minutes later, six students will say they have nothing to do and need to go to their lockers. Half of them will come back and say they couldn’t find the thing they needed. Then someone will ask, “Can we work together?” The teacher will say, “If you can do it quietly.” The students will begin quietly gossiping and joking with one another, the teacher will remind them to be quiet, perhaps threaten to restart class if they’re not, and the two or three biggest slackers in the entire class will insist, “We’re actually working. Really.” A little group of students “studying” in the front row will begin conferring with a group behind them, the volume will rise again, the teacher will bark something about needing to be quiet. All of this will go on and on and on—meanwhile, the two or three good students who are making an honest effort to redeem their time will become a little more cynical about school, authority, adults, and Christianity itself.

In order for a study period to go any better than this, the students must fear and respect their teacher, but this is rare. Very few teachers know how to represent themselves as figures worthy of fear and respect because they do not work for schools which represent themselves this way. The feared and respected teacher is an antiquated object of derision, a relic of the patriarchy, a mocked figure who represents everything ineffectual about the past. The modern teacher, on the other hand, is friendly, personal, flexible, and accommodating. A good education is a like a feast, which makes the good teacher like a host who attends to the preferences of his student-guests. Are you comfortable? Do you need a refill on your drink? Or, the modern teacher is a guide, a personal growth consultant, a moderator, a facilitator of great conversations—in short, he is nothing like a pastor, nothing like a priest, nothing like the sort of person we fear or respect. And so the teacher watches impotently as his class wastes their study period; however, between limp requests that everyone quiet down, he also inserts homiletic exhortations like, “If you don’t use your time wisely, you’re only harming yourselves,” and accordingly believes he has done his level best at shepherding their hearts. The more often he says this, though, the more often the obedient students wish he’d have a little courage and punish the guilty.

Given how quickly classical Christian education is growing, a great many schools are now hiring teachers who know nothing about the “classical” part. Many schools attempt to solve for this by using faculty development time to bring non-classical teachers up to speed. They learn about the trivium, the quadrivium, Dorothy Sayers’ theory of childhood development psychology, and so forth, and yet young teachers at classical schools profit very little from such lectures because they’re still trying to get the basics down. What does a twentysomething Latin teacher care about the trivium when he can’t get his students to listen to him? What does a twentysomething lit teacher care about the pert stage when he’s begging his students to be quiet and they just won’t?

Despite being an issue many teachers struggle with, classroom governance is simply not a matter young teachers are apt to ever hear anything about in faculty development lectures, in-service events, podcasts, or summer conferences. This is because classroom governance isn’t a skill, it’s a way of life—and it’s a way of life which is entirely incompatible with the view that teachers are guides, hosts, and personal growth consultants.

At the moment, a good deal of what passes as instruction in classical pedagogy is mere theory, not experience or common sense, and this is because there are relatively few veteran teachers have with big platforms in the classical Christian movement. Instead: consultants, administrators, college profs, and bloggers. Give me the ten biggest names in classical Christian education right now—how many of them are elementary teachers? How many are high school teachers? Obviously, the movement needs consultants, administrators, bloggers, and so forth, for all these people play significant, indispensable roles. Don’t get me wrong. My concern has more to do with who is teaching teachers how to teach. Do the people teaching teachers how to teach have much experience? Are they using that experience to tutor the inexperienced?

It’s really a matter for a different article, but I will note here that it wasn’t until my fifteenth year teaching that I realized Dorothy Sayers’s notion of a “pert stage” and a “poetic stage” simply did not correspond with what I saw in the classroom. She was on to something with the “poll-parrot stage,” but I think that stage goes all the way to age eighteen. Looking back, I had seen the pert stage and poetic stage were mere fantasy much earlier in my career, but it took me years to put two-and-two together because so much of how I understood the classroom was filtered through the claims or inexperienced theorists.

My advice, then, is that those responsible for faculty development programs, in-service events, conferences, and podcasts should put the trivium on ice next year and go back to the basics. Give your teachers—especially the young ones—instruction in the basics, like classroom governance and discipline, how to write a test, how to grade an essay, and how to conduct a productive parent-teacher conference. Explain to them why going outside for class doesn’t work, why group projects are usually pointless, and why study periods almost always fall apart. Teach them how to lecture. Teach them how to lead a discussion about Frankenstein. Teach them how to chew out unruly students and punish disobedient ones. Walk them through common rookie mistakes. And if you don’t know how to walk teachers through the basics of classroom governance, get help from your veterans. Fight the modern progressive tendency to rely on theory, especially when you’ve got experience to draw from.