On Plato and the Virtue of Tiny Violins 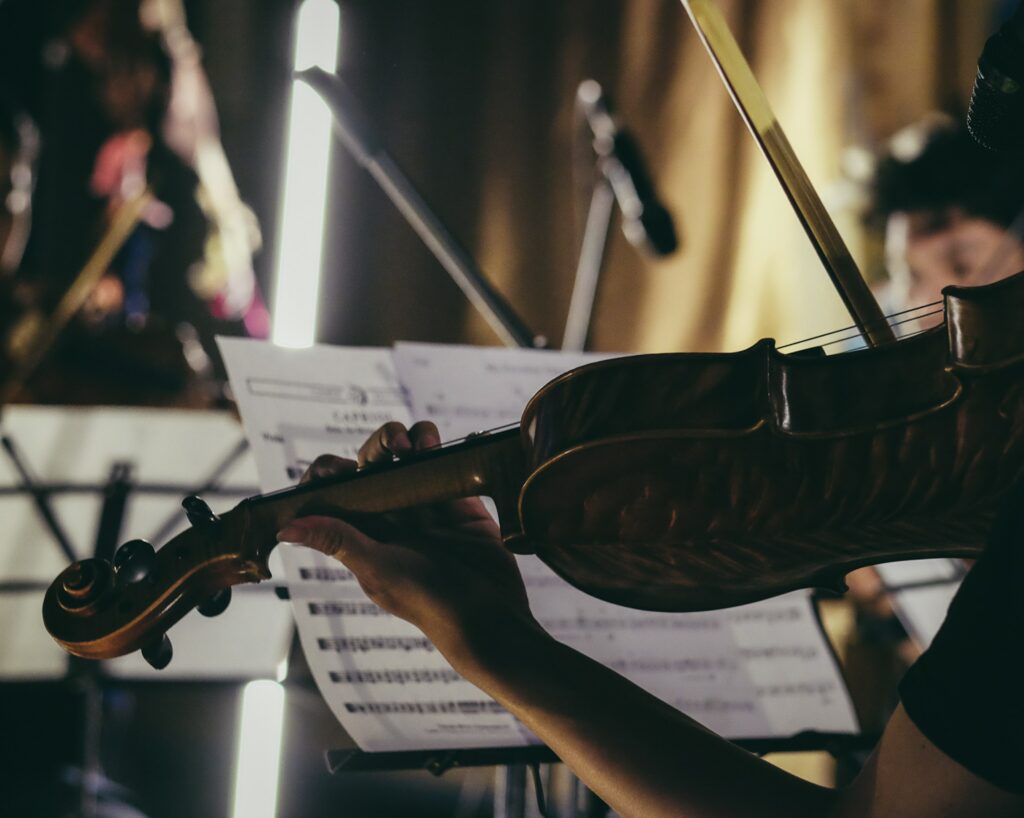 Yesterday we visited a local music store to add a third (and final) tiny violin to our household. The family orchestra has expanded from a duo to a trio. Early this morning, as I sipped coffee and worked on an essay for graduate school, a cacophony arose from the schoolroom. It is usually the hour that I hear my oldest practicing his scales or playing my favorite Hungarian Dance by Brahms. Today, I heard two different songs played simultaneously, with intermittent screeches from the tiny violin. Exhaling, I remembered that Plato is to blame.

When we began homeschooling, I was aware of our local homeschool orchestra and its quality. Florida State University boasts a top-ranking College of Music, and the homeschool community is among its many beneficiaries. I was also aware that it would be insanity to embark on a musical journey with five and seven-year-old boys and the world’s most unforgiving instrument. At no point did I ever think that our household was lacking in screeching violins. I was profoundly uninterested. Until I read Plato’s Republic, that is.

During early lessons in music appreciation, I introduced them to the various types of instruments in an orchestra. Learning to play the violin was their sudden and fervent desire. A top-quality program was an opportunity that was hard to resist, but it was avoiding hypocrisy that tipped the scales in favor of the violins. While studying Plato to learn more about virtue and education, could I then deny them the foundation of musical learning?

Describing his ideal Republic, Plato addresses the education of youth. For him, education began with music for the soul and gymnastics for the body. This was a musical education, which included literature, and was broader than what became known as the liberal art of music. The telos of music was not merely the perfection of the skill but the love of beauty. His passage on music is oft-quoted and is one of the more striking passages in his Dialogues. He writes:

And therefore, I said, Glaucon, musical training is a more potent instrument than any other, because rhythm and harmony find their way into the inward places of the soul, on which they mightily fasten, imparting grace, and making the soul of him who is rightly educated graceful, or of him who is ill-educated ungraceful; and also because he who has received this true education of the inner being will most shrewdly perceive omissions or faults in art and nature, and with a true taste, while he praises and rejoices over and receives into his soul the good, and becomes noble and good, he will justly blame and hate the bad, now in the days of his youth, even before he is able to know the reason why; and when reason comes he will recognise and salute the friend with whom his education has made him long familiar. 402a

Who does not desire students who rejoice over the good, receiving it into their souls? Without music, you can have neither a classical education nor the foundation for one.

In truth, our first year of the violin was a unique kind of torment. Until I observed diligence and commitment, I did not want to invest in additional private lessons. Consequently, after a disastrous first orchestra session for my oldest, I had to google, “Why doesn’t my violin bow make any noise?” (It was missing rosin if you were wondering). I had expected to outsource this area of education and had not counted on the degree to which parental involvement was necessary during orchestra class, during home practice, and when completing music theory homework. Oh yes, we must also not forget the agony of tiny screeching violins.

Three years later, they can make truly beautiful music. They have learned to practice independently and have advanced to higher course levels. They have far surpassed my knowledge of music theory and enjoy finding recordings of violin pieces to listen to for fun. As far as structured education time, we have spent more time on music than anything else. Do they, as Plato envisioned, “most shrewdly perceive omissions or faults in art and nature”? I could not rightly say. Do I believe that it is harmonizing their souls? Absolutely. That is, after all, the goal of all true education. We do not play the violin to “develop a hobby” or “engage in an extra-curricular activity”. We do it because something much more profound, more musical, is happening. We do it so that they will become noble and good.

Undoubtedly, it is my soul that is being harmonized. Though I am not mastering the art of music, fortunately, the fruit of the Spirit extends to mothers of musicians. The violin project has been a source of developing humility for me. Their music has enabled me to shrewdly perceive omissions and faults in my own nature. I remember the day of their first December concert. God, in his Providence, allowed for their first-ever concert to be immediately following their sister’s first-ever ballet performance with a few minutes to spare for a drive-through dinner. There were white shirts and sequins with mom clenching her jaw and barking out, “Don’t you dare spill any ketchup!” When the performances were over, I was sorrowful for my let’s-just-get-through-this attitude. Never once had I admonished my children to perform as unto the Lord. How quickly I had forgotten that the word diligence comes from the Latin root “to delight”. What poses as teaching diligence is often a thinly veiled attempt to make children perform well so that the mom or teacher looks good.

Though I am not the musician, I still reap the benefit of the joy of their music. Plato writes of the effect of temperance on the spirit when a man allows the sweetness of music into his soul, passing his life in the delights of song. A delight it truly is. In the end, it has been one of the most worthwhile things that we have done; like all worthwhile things, it is not without sweat and tears. I have Plato to thank. (But if I were you, I might consider the piano.)