People Are the Point 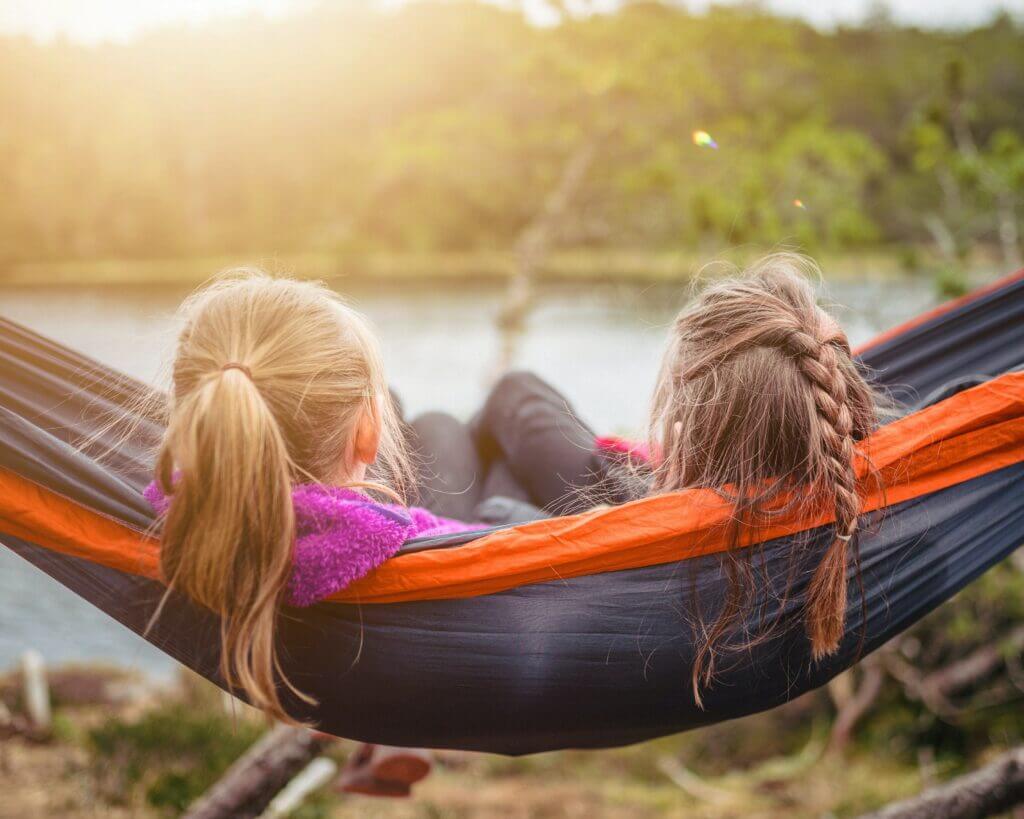 Could there be a primary criterion used to best evaluate the educational vision, methods, and curricula for students? With so many choices currently available in such a variety of formats, how can we determine which we most want to embrace in our homes and in our schools? Surrounded as we are by a multitude of approaches, programs, and techniques – all clamoring for our time, attention, and purchasing power – we need to focus on one vital truth: People are the point.

We live in a world in which grand schemes and complex systems are all the rage. The following exchange from Kaufman and Hart’s 1936 play “You Can’t Take It with You” captures it well:

Grandpa Martin Vanderhoff: Penny, why don’t you write a play about Ism-Mania?

Grandpa Martin Vanderhoff: Yeah, sure, you know, Communism, Fascism, Voodoo-ism, everybody’s got an -ism these days.

Penny Sycamore: Oh [laughs] I thought it was some kind of itch or something.

Grandpa Martin Vanderhoff: Well, it’s just as catching. When things go a little bad nowadays, you go out, get yourself an -ism and you’re in business.

Things have not changed much in the last eighty-five years, and as “You Can’t Take It with You” prompts us to acknowledge, this world is deeply misguided. These systems and the institutions they fabricate – and education is no exception, with its own -isms we theorize about, argue over, and chase after (trust me, just ‘google’ it) – have their uses, some good and some not. But they are not the point. People are the point.

King Solomon mourned that all worldly aspirations and elaborate constructions are nothing but vanities: “I have seen everything that is done under the sun, and behold, all is vanity and a striving after wind” (Ecclesiastes 1:14). They are idolatries fashioned by people who believe they are what give meaning and purpose to life, but which in the end devolve into nothing but illusion and dust. The tale of the Tower of Babel is a vivid image of this hubris of humanity. And Jesus himself stresses this when he criticizes potentates and powers and tells his disciples that his kingdom is not of this world (John 18:36). Worldly edifices and organizations, armies, and empire: all are nothing to Christ.

In other words, second to the love of God, it is the love of people – of others – that is the point. What does this love look like? It looks like bearing one another’s burdens, doing hard things for each other, for the sake of the other and not for the sake of the self. It is only this love that consistently sustains such bearing of such burdens. No amount of affirmation, status, or profit can effectually guarantee it; only this love engenders it.

Of course, human beings do need to build systems and institutions which produce and carry out plans. First, this is because we are made imago Dei: We seek structure because we have an orderly God. Second, we require such systems to function, and when they are humane systems based upon truth, goodness, and beauty, we tend to do far better than when those elements are missing. Human beings never flourish under disarray and disorder.

Indeed, these institutions and systems are based upon our ideas and theories – on our thoughts, observations, assessments, and conclusions concerning reality. But not all theories, and therefore not all systems or institutions, are beneficial. Some are better because they are more humane, more in harmony with our human nature.

As many Romantics of the 18th and 19th centuries rightly recognized, we have lost our sense of place in the natural world, and as C. S. Lewis warns in The Abolition of Man, it is not too extreme to suggest we have also forgotten what it means to be humane – we have lost sight of human nature: We have become so infused and defined by the systems we have thought into existence that we no longer grasp ourselves as uniquely valuable persons within a coherent cosmos.

We have tied ourselves up in our own theoretical binds and caught ourselves in our own systemic boxes. As Goethe put it, “The field of experience is the whole universe in all directions. Theory remains shut up within the limits of human faculties” (Maxims and Reflections). William Blake expressed it thus in his poem, “London”: “In every cry of every Man, In every Infants cry of fear, In every voice: in every ban, The mind-forg’d manacles I hear.”

Trapped within these limits, we tend to see ourselves only in terms of how we define ourselves – how we divide ourselves up into groups and pigeonhole one another, as though our theoretical, systemic differences are more significant than our shared humanity. These systems become the labels with which we wantonly categorize ourselves and others.

In Genesis, Adam was given the task of observing, evaluating, and naming the creation. Ever since the Fall, however, the progenitor of Narcissus, Adam, and all his descendants have been intensely interested in naming – as in labeling – themselves. Such Adamic naval gazing has led us to believe two things simultaneously: We are both the pinnacle of all things, and we are also of so little significance that we are nothing but cogs in a massively interwoven mega-system.

In marked contrast, Scripture instructs that we are each manifestly astonishing. The Psalmist sings, “For you formed my inward parts; you knitted me together in my mother’s womb. I praise you, for I am fearfully and wonderfully made” (Psalm 139: 13-14). We do require communities and are meant to thrive within them, but science echoes the biblical truth above: We are, at the most fundamental level of our DNA, utterly unique persons.

We need no community or group identity to be diverse. We are already incredibly distinct from one another the moment we are conceived in our mothers’ wombs. If no two snowflakes are alike, imagine how different each of us is?

No longer recognizing or acknowledging this truth, we fail to see ourselves as exceptional and priceless, exactly as we have been created. Instead, we strive to define ourselves in terms of the systems we have constructed and to which we think, feel, believe, and/or have been told we belong.

As human persons, we have discrete and independently exercised relationships with God and with others. Our one-of-a-kind characteristics, abilities, and backgrounds are the drivers behind how we will do such relating. Thus, our personal, and not our group, enrichment and fortification are the bedrock of what facilitates flourishing community.

The tragedy of our contemporary times is the wholesale diminishment of our personal diversity as created and the augmentation of systemic identities which are not inherent to us as persons.

The fundamental tenets of Classical Christian education are, above all, humane, predicated upon nurturing the person, not promoting any specific system or institution. This nurturing is beneficial to both the individual and the group, but its primary emphasis is on each person’s character, capabilities, and contributions.

Classical Christian education is indeed a system in and of itself, but when conceived of rightly and implemented humanely, it is not one which seeks to perpetuate itself (i.e., to create multiple, identical iterations of “the student”), but to perpetuate the discrete personhood of each student who then exercises this within, and for the good of, relationships and therefore communities at large. Stratford Caldecott writes that “…education is about the human person, and finding ways to enable that person to flourish…The unity of knowledge that we seek in our vision of education has its center in the person, understood as a kind of relational existence with others…” (Beauty in the Word).

In stark contrast, modern education has been focused on sustaining ideologies through pedagogies, creating institutions and bureaucracies, and sustaining systems rather than nourishing unique persons who, when thriving, can individually, in turn, enrich their communities. Modern education also has integrated with other powerful systems prevalent in our times – legal, economic, political, and cultural. It then feeds our students into these systems as though the students are components of a giant organism, a Hobbesian Leviathan.

This Leviathan has emerged as a global corporeal entity based upon theoretical constructs. Systems relentlessly welded together with metaphorical iron – a sort of Frankenstein on a systemic scale; it may be of human origin, but it is not humane. In this environment, our students’ personhoods are sacrificed for power, self, and prestige; this is destroying them not only as persons but is slowly bringing down the Leviathan as well, for it is built upon Solomon’s vanities and not upon love of and for people.

Human beings do not love systems; we use them. If we say we love them, what we really mean is that we love to use them. When we view people as simply cogs in the Leviathan, no matter how grand and wonderful the ideologies behind the systems may seem to us (and they often are alluring and seductive), we are using people, not loving them. History has demonstrated, repeatedly, that in such conditions people will not flourish. And in the decline of personhood, the systems also begin to fail; ultimately all man-made Leviathans fall because they are intrinsically, and indeed ironically, inhumane. They are vanities, vanishing winds.

Whether you are a parent teaching your children at home or a teacher in a school, the most important question you should ask as criterion for adopting or rejecting any educational vision and curriculum is this: Does it perpetuate itself as a system or does it nurture persons? In other words, does it seek to train up cogs in the Leviathan or is its goal to raise up persons who will live humanely in the world – those who will understand that people are the point?