No Bottom: Delighting in Shakespeare with the Young

The vestiges of progressive education remain in the idea that understanding consists primarily in remembering facts and engaging in analysis. No wonder so many people consider Shakespeare “too hard” if they were taught that to know his plays meant to crea 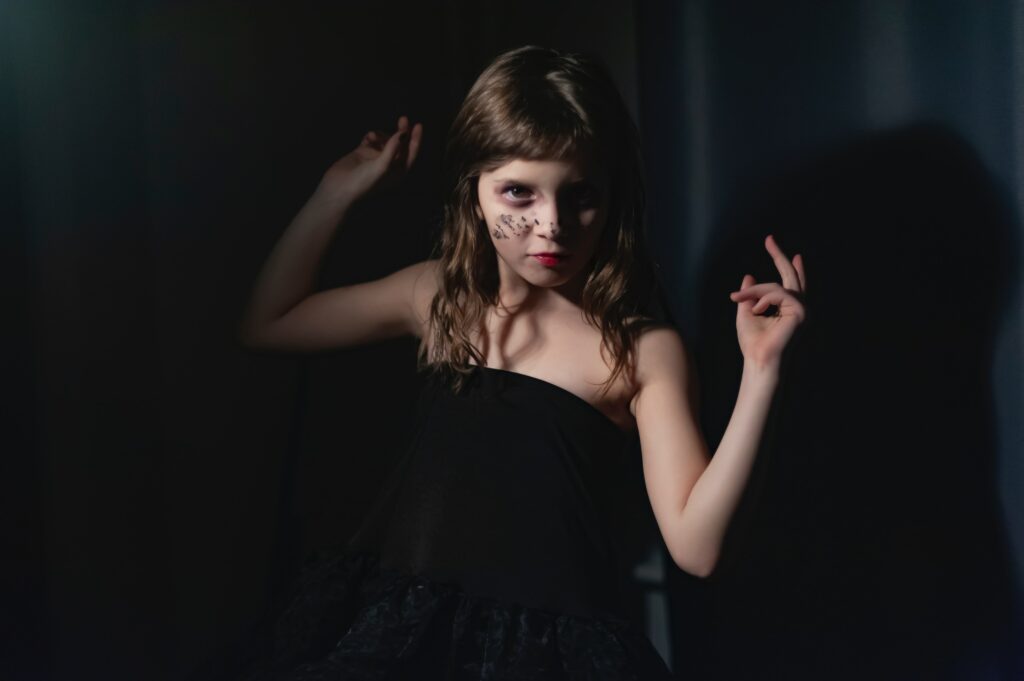 Ruinous butt! I never quite know what manner of chaos I will encounter when I return from my morning run. Opening the front door, I saw my four-year-old daughter, bedecked in what we call her uniform: a blue shirt, a shimmering floral skirt, and a baby pink headband in her hair. She was shouting, “Ruinous butt!” at the top of her lungs at her offending brother. As I began to scold her, my oldest contested. “But Mom, it’s Shakespeare!” he said. “You told us that we could use Shakespearean insults!”

He was right. We had just finished reading A Midsummer’s Night Dream. Entertained by name-calling such as “juggler” and “canker blossom”, I flippantly told my three children that the Bard’s put-downs were fair game. After all, if they must insult one another, I would prefer they call one another an acorn, not an idiot. I should have anticipated being outsmarted by a ten-year-old sleuth. Patroclus indeed calls Thersites a ruinous butt in Troilus and Cressida.

This was the year of Shakespearean delight. It was our first year of “real” Shakespeare after several years of Charles and Mary Lamb’s Tales of Shakespeare. Completing the school year with eight and ten-year-old boys loving Shakespeare and begging for more is probably my proudest achievement as an educator. Some might question, why read Shakespeare to children so young? On the surface, this question seems developmental or pedagogical: at what age can a child understand Shakespeare? To answer this, we must first answer the question, what does it mean to understand?

The vestiges of progressive education remain in the idea that understanding consists primarily in remembering facts and engaging in analysis. No wonder so many people consider Shakespeare “too hard” if they were taught that to know his plays meant to create a plot diagram and identify schemes and tropes. Consider how many books you hated in school but have revisited and loved as an adult. Occasionally, this is because as a high schooler you did not yet possess the maturity necessary for understanding which could only be gained through life experience. More often, it is because you were taught that the way to know a book was to disassemble it. While there is a place for an analysis of literary devices, it is not the starting place. And it is certainly not the sum of knowledge. The gathering of synthesis must come before the disassembly of analysis.

Synthesis, or synthetic knowledge, is a way of making sense and finding meaning, seeing relationships as they fit within a larger whole. Analysis measures and dissects; synthesis connects and unifies. It is from this idea that educational reformer Charlotte Mason derives one of her principles: education is the science of relations. She speaks of education as spreading a generous feast of ideas. Synthetic knowledge causes us to hunger for more. Children are more capable of a synthetic understanding than we often realize.

Evelyn Waugh shows the contrast between synthetic knowledge and analytical knowledge and the devastating effect of completely replacing the former with the latter. In his beloved novel, Brideshead Revisited, Waugh gives us a brief encounter with an army officer, known simply as Hooper. Our protagonist, Captain Charles Ryder, laments that Hooper is the symbol of Young England (something about time setting), with an “over-mastering regard for efficiency.” He describes him thus: “Hooper had wept often, but never for Henry’s speech on St. Crispin’s Day, nor for the epitaph at Thermopylae. The history they taught him had had few battles in it but, instead, a profusion of detail about humane legislation and recent industrial change.” Synthetic understanding does not recite details; instead, it laughs at a man with an ass’s head and weeps for those who fell on St. Crispin’s Day.

We cannot achieve education’s fullness without synthetic knowledge. In Laws, Plato’s treatise of rules for an ideal society, he gives us a succinct vision for education. “This harmony of the soul,” he writes, “taken as a whole, is virtue; but the particular training in respect of pleasure and pain, which leads you always to hate what you ought to hate, and love what you ought to love from the beginning of life to the end, may be separated off; and, in my view, will be rightly called education.” Aristotle echoes this idea in Ethics, stating that education is to teach the pupil to love what he ought. Love begins with the whole, then proceeds to the parts. We do not first fall in love with schemes and tropes any more than we first fall in love with our beloved’s knee or elbow. Shakespeare is the pinnacle of the loveliness of the English language; it should be a priority for children to encounter Shakespeare and delight in his words.

How then do we prepare children for this synthetic understanding of Shakespeare? Charlotte Mason advocated for students to begin reading Shakespeare’s original text in 4th grade; schools and homeschools successfully continue this practice today. But ten-year-olds do not wake up one day ready to appreciate Shakespeare. They must first be accustomed to hearing complex language and being regularly confronted with words they do not know. If they have only ever read or listened to books deemed at grade level, then jumping into Shakespeare’s complexity of language will be jarring and frustrating. Books read aloud at an increasingly sophisticated reading level will do well to prepare them to not be threatened by encountering new words. Even better, regular narration, the practice of orally telling back what has been read to them, will cultivate the habit of attention, readying the mind.

It is helpful to introduce children to the stories of Shakespeare’s plays through retellings before engaging with the original text. Ideally, younger students should watch a stage or film production and read at least one retelling of the story before reading the play. After all, the plots of Shakespeare’s stories were not unfamiliar to the audience. In How to Teach Your Children Shakespeare, Ken Ludwig recommends memorizing short, familiar passages from the play before reading it in its entirety. This familiarizes them with some of the language of the play, and results in the excitement of, “Hey! We know this part!”

Finally, and most importantly, model delight. I presented Shakespeare’s works to my children as a special treat that we had finally earned. In our homeschool, it was a subject that we never skipped. Since only one of my children is a proficient oral reader, this past year we read along with the text while listening to professional audio productions of the plays. It is important to remember that at a grammar (elementary) school level, you are reading, enjoying, discussing, and performing. You are not “studying” the play; this will come later. You do not need to be an expert; if you are unfamiliar with the play, it is an even greater opportunity for you to model the delight of a first encounter.

Children may not be ready to study or analyze, but they can understand Shakespeare. In fact, they have quite a lot to teach us about understanding. They more readily cheer for Hermia and Helena and weep for Juliet. They are disinclined to reductionist or didactic readings. They can play with language, make jokes, and taunt their siblings. And if my daughter calling her pestering brothers “ruinous butts” cultivates a love of Shakespeare, it seems a fair trade.