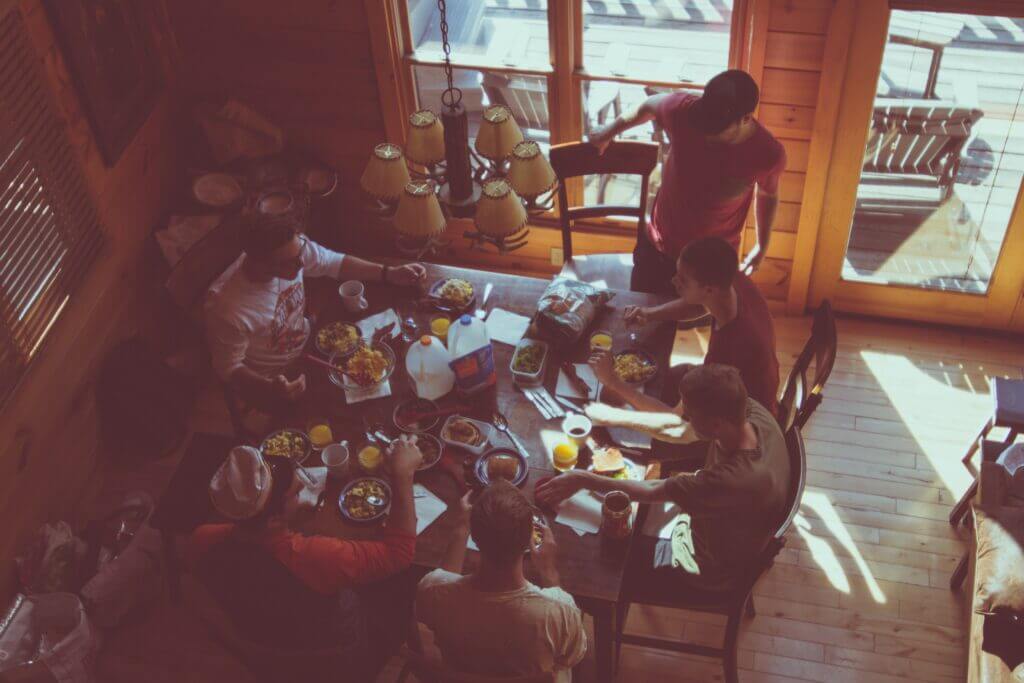 “Oh, freedom!” came the chant from among the planted rows, and still it rings in divers places, “Freedom is coming, oh yes, I know.”

But elsewhere, far across the divided house, more trenchant voices defy it. Give them liberty or give them death! What was life, asked Patrick Henry, that it should be “purchased at the price of chains and slavery?”

But freedom and chains take their meaning and nuance from the mythologies of our sets. Metaphors for Henry and abject reality for the enslaved, yet both would give their lives for a “temporal salvation” because they were assured of life eternal thereafter. Without this, what freedom do we invoke? From what and to what do we gaze, rosy-eyed?

We can never go back to Manderley. Its splendor darkens; its corridors grow sinister; its postcard aspect hides what is base.

We need fear no evil while we walk the small, obscure paths before us. Were the church still the meeting of our nearest believing neighbors and not an hour’s pilgrimage to a concert among strangers, we would know these paths well. Paths to the doorsteps of the housebound widow and the single mother, to the teenager who has aged out of the system and into an inhospitable world, to the inmates of the yellow-walled nursing home and the inmates of the insatiable prisons.

Free are we to entertain Christ in every unlovely form that we find along our daily commutes. Free here and now as in Babylon, or for that matter, Beijing, unless we are too ensnared by all our good things to stop. (Though we may stop to rage that our taxes must serve where our hands will not.)

Alexis de Tocqueville, comparing his native France with the burgeoning American nation, wrote, “…the reign of liberty cannot be established without that of morals, nor can a foundation be given to morals without beliefs.”

Freedom cannot ring where virtue has fled. And though virtue itself is an anachronism in our broader culture, perhaps it also grows thin in the congregation.

The relativist did not unseat virtue. He toppled the edifice only when he found it hollow, vulnerable to the slightest pressure.

Freedom could not be license, but neither could it be autonomy, else we would quickly resent the neighbor, the children, the pastor, who would constrain us. And constraints there must be. Freedom is only a choice, for good or ill, among constraints.

For freedom in scripture is both from and to. Not from or to the ghost of a past falsely gilded by memory. The gospel frees us from ourselves, from the tyranny of our desires, and from the pleasure we once took in sin. It frees us to a new passion for the things of Christ and to cheerful sacrifice for the sake of the downtrodden. It is hard to champion that kind of freedom with vitriol and militance.

The kingdom will come, but not in Washington, nor in the heartland, nor even Jerusalem. The Bible is replete with prophets who, by exposing our depravity, might spur us to shed its shackles. The internet is also full of prophets who, by dangling a promise here and fanning a fear there, inoculate us against the fullness of scripture. But here, too, freedom calls: we are free indeed to read the Truth systematically, and by it to see that no straight ticket stands up to the standards of goodness and mercy.

“I am among those who believe,” Tocqueville writes, “that there is almost never absolute goodness in the laws.” We are free to hold loosely every temporal idea and loyalty that would run wild if given its head.

Tocqueville saw in 19th century Europe that as the liberating tide lifted the peasant classes, “the poor man… kept most of the prejudices of his fathers without their beliefs, their ignorance without their virtues.”

We, too, are the heirs of the liberated. We do not want the poor, except perhaps for contrast when we pray loudly in the synagogues and street corners and flashy worship concerts. We like the orphan as a magnet on the refrigerator, but we do not want him as a struggling soul, upsetting family dinners and recasting our Floridian retirement dreams. We do not want our elders about, making our daily scene less photogenic with their TV trays and pill bottles, but no more do we want to support them with taxes or protect them with regulations.

Our policies do our faith no credit. One law only is good. To love first not country, nor liberty, but God and neighbor.

To shrink, then, from the thin and dusty hand of the sufferer is to forget, like the Unmerciful Servant, how desperately indebted we had been. Freedom that grasps its talents and denarii will have its piles of silver, but never streets of gold. Freedom that pines for comforts established on the backs of others forgets where lies its treasure, that for which it would gladly sell all.

What makes us different from anyone else? What do we have that we did not receive? And if we did receive it, why do we boast as though we did not? (1 Cor 4:7)

It is not liberty that we want, but virtue. If the Christian cannot better reflect his Sovereign, if indeed, his heart rebels against all sovereigns, then liberty will be to him a blunt weapon, and on his head will it fall.

Elizabeth Vaughn Do is a writer and classical home educator with an MA in International Diplomacy and a BA in Journalism. She has written for Fathom Mag and St. Austin Review. You can find more of her writing at www.thewifeofleisure.com