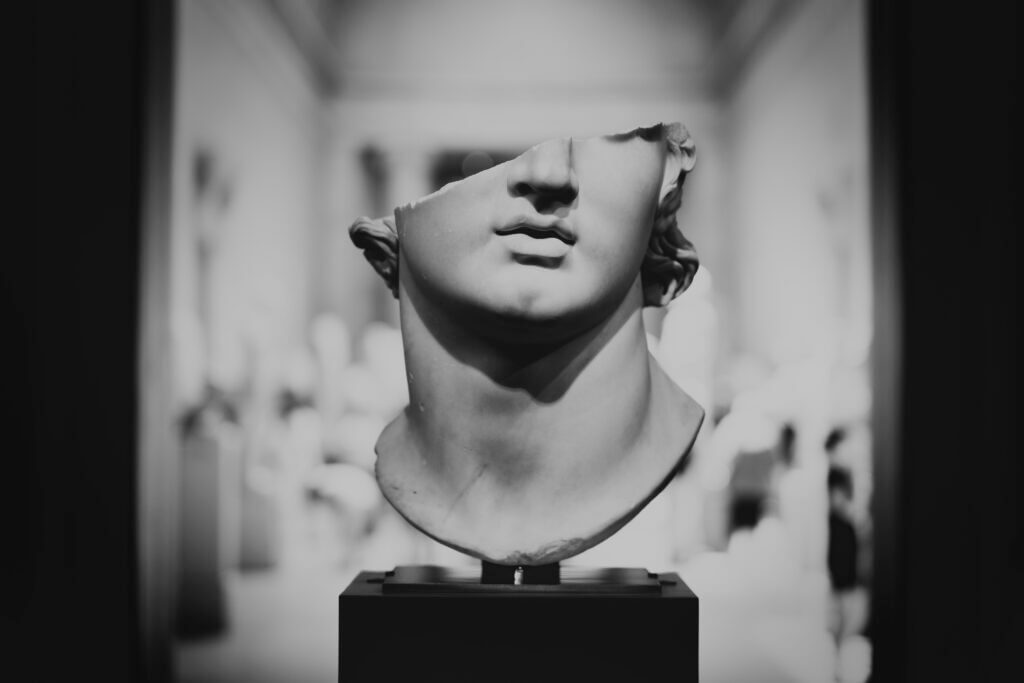 In Institutio Oratoria, Quintilian praises Homer as the ideal poet-orator, “Homer provides the model and inspiration for every department of eloquence.” If Quintilian is right, then we must be willing to pay attention not only to what Homer and his characters say and how they say it, but also when they fall silent.

Homer’s Iliad is one of the first texts my students read in our school’s introductory rhetoric class, and it’s always a strange experience both for them and for me. We read and discuss the speeches that occur in Book 9, The Embassy to Achilles. In addition to examining the three speeches, I use the Homeric text as an example of audience failure: a situation where the audience is unpersuaded in the face of ethical and excellent rhetoric for seemingly ridiculous reasons. And every year my students balk at that reading; it is not the audience that has failed, they argue, but the speakers.

Any classical teacher will admit that when their dialectic enterprise fails, it’s remarkably frustrating. Not only does the teacher have to rethink their argument, but now the dialectic must give way to a socratic, and we lose a day on the syllabus. I’ve been rethinking my argument for six years, so when I heard Andrew Kern propose an argument for Achilles’ appropriate refusal to be persuaded I nearly fell out of my chair.

Kern’s enthymeme (gleaned in the One Art to Rule Them All Atrium class) follows this trajectory: The rhetors in Book 9 fail to see the injustice of their telos and so it is appropriate for Achilles to refuse to rejoin the fight.

Odysseus arguing for an injustice? We all know Odysseus to be borderline unethical. But Phoenix? You’ve got to be kidding.

If Kern is right (along with Quintilian), then Achilles is aware of the unjust telos of the embassy and Homer would have his listeners learn from Achilles’ demand for justice.

Homer’s Iliad is full of dialogue. Yet Achilles, despite being the hero of the epic, falls silent for a significant portion of the poem, especially between Books Two through Eight. Far too often we read this physical absence and silence as sulkiness: Achilles is off having a pity party far removed from the community of the Achaean warriors. And yet he is not so far removed. He has not sailed back to his homeland; he sits on the beach and strums his lyre. We need Achilles to be doing something; he is a warrior after all. And so we say he is sulking—warring with the fact that his expectations do not align with his reality.

Of course it is.

One possibility is that Achilles has removed himself from the Achaeans because he realizes he no longer holds their values. If rhetoric is the art of decision-making within a community, then the community must have a shared set of values, otherwise decision-making becomes overly tedious and not impossible, but highly improbable. When Achilles sails from his homeland, he does so on the premise that he will gain hitherto unimaginable honor by fighting at Troy. When Agamemnon steals Briseis from Achilles, he steals his honor. Achilles certainly believes he has been dishonored and Aristotle seems to agree in his Rhetoric: “the present is not only…a piece of property…but also a token of honor.” Briseis—the present token of honor—is essential to Achilles’ own honor.

It is in this shame that Achilles realizes something about honor that is unknown to the Achaean warriors: honor from men is worthless. The Greeks love honor, but Achilles has learned the difficult lesson that honor from man fades as a shadow. And so Achilles removes himself from the honor-loving community, unwilling to be beguiled by or pay homage to the shadow any longer. If honor from men is worthless, then the actions which produce that honor are likewise fruitless. And so Achilles functions as a counter to the typical Achaean—unlike his comrades, he does not speak or fight.

What do silence and shadows have to do with rhetoric? In Achilles, Homer gives us a type that shows how silent characters sit within the tension of knowing and doing.

In order for silence to be rhetorical (it can be) the silent rhetor must have a role that can be noticed (Achilles does). Achilles is the hero of The Iliad, and when he is absent from and silent within that role, we ought to take notice. Homer’s introduction of Achilles in the first line of the Iliad invites our notice.

Silent rhetoric also tends to occur when there is no traditional path for the audience’s acceptance of the rhetor’s linguistic enterprise. Achilles isn’t a philosopher or a teacher. He isn’t destined to reveal the fleeting nature of human honor to his comrades. No. He is destined for great honor, but he sees no viable path for attaining that honor. Where speech ought to precede action, language fails Achilles both personally and publicly.

It’s not until Plato articulates a philosophy that imagines and examines a Realm of Forms—the place where true Honor exists, that the Greeks are privy to the shadows. Up to that point, the Greeks are dependent upon their ability to notice and mimic spoken, unspoken, or unable-to-be-spoken truths. Yet there is no situation in which Homer’s Iliad does not play a role in Plato’s thought process. That being the case, Quintilian is right—Homer covers every department of eloquence—even, necessarily, silence.

If Homer’s Iliad functions as a handbook on rhetoric, the Greeks need not wait for Plato to articulate his Realm of Forms in order to learn that honor from man is a shadow. Achilles shows them, mimetically, using his silence rhetorically. His retreat and silence offers them space to notice an absence, which should cause them to ask: “Should Achilles have abandoned us?” As we see in Book 9 there is little to no evidence that even their most noble warriors truly see the erosion of the philosophical presuppositions that keep each warrior within the honor-loving community. Until he speaks, Achilles’ silence reveals the shadow, unseen by everyone else, that lies waiting to be discovered. 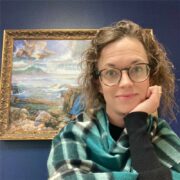 Mary Pat Rogers lives with her husband, two children, and two dogs in the foothills of the Sangre de Cristo Mountains. She trains students in the art of rhetoric at Oak Grove Classical Academy.