Know Thyself: The Posture of Humility 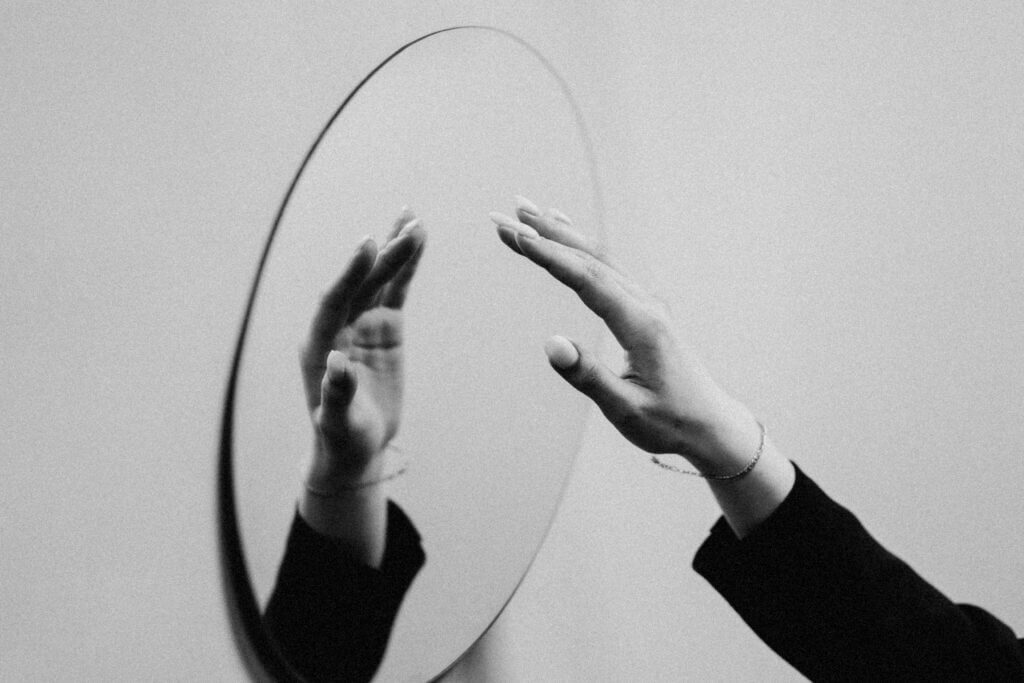 “Know thyself.” The first time I noticed these words, they were posted in the dead center of a bulletin board covered with black paper. I must admit that as a brand-new teacher, I was shocked to see them displayed in a Christian school. They sounded far too much like Emerson’s transcendental “Trust thyself” or the secular humanism threaded through many modern films. Wasn’t it just a little self-centered? A call to navel-gazing to find truth rooted in ourselves? Shouldn’t we “Know Christ” and forget ourselves?

Soon I came to learn that the purpose of this statement that the Greeks called the Delphic oracle was to encourage people to take an honest look at themselves. This concept is perhaps best illustrated through a story. Although lesser-known than Plato, Xenophon was another student of Socrates who wrote what has become one of my favorite stories about a teacher and a student, and it went something like this…

Once there lived a rich young man named Euthydemus who lived in the great city of Athens. He prided himself on his large library and vast knowledge, but he avoided any interaction with the city’s best teacher, who was none other than the great philosopher Socrates. One day Socrates found Euthydemus and questioned him regarding his own philosophical assumptions until the young man was forced to reply, “I don’t know.” In that moment, Euthydemus saw himself as he really was—he finally knew himself by coming to the realization that he did not know. Many young men before him had reached this point and henceforth had taken every precaution to avoid Socrates for the rest of their lives. At first, Euthydemus, too, went away dejected and disgusted with himself. However, he soon made the decision to cling to this teacher, following him everywhere and talking with him for the rest of his life because he figured the only way to attain wisdom was to spend as much time as possible with Socrates.

Xenophon’s story reminds me of another story…

Several hundred years later, there lived another rich young man who prided himself on his great knowledge and good works. One day he heard a popular teacher was in town and decided to visit him and ask a burning question, “Teacher, what must I do to inherit eternal life?” The teacher responded by quoting the law the young man already knew, so the young man replied, “I have already done all of that!” The teacher looked him straight in the eye and said, “Sell everything you have and give it to the poor. Then come, follow me.” The young man lowered his eyes and dropped his head. He saw himself as he really was—he finally knew himself by coming to the realization that he could not obey, that he could not attain eternal life on his own, no matter his knowledge or numerous deeds. What was more, he simply could not give his life to follow this teacher. So, he refused the invitation, not only to follow a great teacher but the Creator of the Universe, the Messiah, the Son of God.

All of the riches, status, and knowledge could not make these two young men truly wise or fulfilled. Both young men desperately needed to be shown what they lacked in order to know who they truly were, and both young men needed to assume the posture of humility. In the story of the rich young man, Mark’s gospel highlights him doing quite an undignified thing for a young man of his status: he runs and kneels before a Galilean carpenter who preaches without being an official rabbi. Yet the rich young man still lacked humility, for the posture of humility is the posture of obedience.

The sad irony when comparing these two stories lies in the fact that it is actually the pagan Euthydemus who illustrates far more what it means to repent and humble oneself to a lifestyle of obedience and learning, and yet, Socrates could not redeem him. The rich young man had a far greater opportunity, but that opportunity would also only come at a much higher cost.

It was Peter, the uneducated, loudmouthed fisherman from Galilee (along with many others in that group of ragamuffins), who gave everything to follow Christ, who understood the cost of discipleship or at least grew to understand it. To be a disciple requires self-denial, and in order to do that, we must see ourselves truly in light of who Christ is.

Why do I share these two stories about discipleship and humility? To put it simply, those two realities prepare our hearts for learning what it means to be a classical Christian school. The world of education can easily be a world of performance, and classical education often and unfortunately earns the reputation of being elitist: a glorified college prep experience designed for the upper crust of society to prepare their children for the best colleges and then, of course, high-paying jobs. However, the original goal of classical education was not vocational but transformational— developing a particular type of person by cultivating virtue. Even then, it wasn’t until the Church Fathers adopted the education of the Greeks that classical education came to be less about creating the ideal citizen and more about the redemption of the human soul.

Whether a parent, teacher, administrator, or older student, we must realize that a classical Christian education starts in our own hearts and minds. We cannot bequeath to future generations what we do not possess, or perhaps more accurately, what we do not actively pursue. As mentioned in Proverbs, it is the fear of the Lord that is the beginning of wisdom. If we truly desire to instill virtue and cultivate souls, we must begin from the posture of humility and surrender.

Chelsea L. Carrier taught English and beginner Latin at different classical Christian schools for nine years. She currently works as a barista while continuing to pursue her own classical Christian education through Faulkner University’s Great Books Honors Program and plans to graduate with her Master of Arts in Humanities in 2022. A quintessential hobbit, she enjoys tea, books, and gardening in the Shire of East Tennessee where she lives with multiple siblings and her distinguished cat, Strider, who sometimes reads Aristotle over her shoulder.