I “Literally” Can’t Even 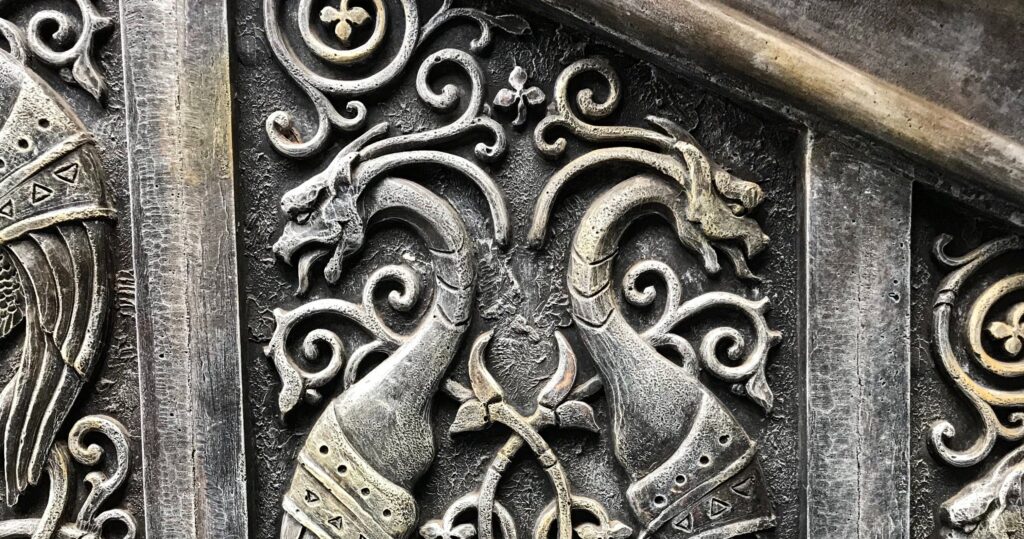 “All slang is metaphor, and all metaphor is poetry” – G. K. Chesterton

Our Lord tells us that all manner of sin is forgivable save blasphemy of the Holy Spirit. To blaspheme God—broadly speaking—is to degrade, disregard, and deny His essence and being in some way. A man is able, though—even allowed—to “speak a word against the Son of Man,” and be forgiven it, but is strongly cautioned to be mindful of how he speaks of the Spirit of God: “it shall not be forgiven him, either in this age or in the age to come.”

We first see the Spirit of God at the creation of the heavens and earth in Genesis, where He hovers above the barren and void world. At the crux of the creation myth, we see that when God finished making Man, He breathed “into his nostrils the breath of life; and man became a living being.” (Consider how the Hebrew word ruach can mean “spirit,” “breath,” or “wind”). Perhaps the next most significant appearance is at the Day of Pentecost, which is a type of re-creation of the world patterned after the first, where there is a gathering in a high place, an appearance of light, a hovering of the Spirit of God, a speaking of the Word, a separation/dispersion, and a fruitfulness and multiplication — and the barren and void people became living beings, and it was good! The Holy Spirit of God is an essential Person in the creation of life, either with regards to the cosmos or the man dead in his sins; He is the “Helper,” the “Comforter,” the one who will “teach all things” and “bring to remembrance all that” Christ has said. The Spirit of God is He who makes Dust into Man (Gen 2:7) and He who makes a Man into God (John 14:23;17:21); He elevates the Material world to its proper place and perspective; He brings life into hollow, shallow, lifeless bones; He discloses the transcendent dimensionality of the world to us. To blaspheme the Holy Spirit, then, is to deny this transformative power, this resurrection might; and it then makes sense why such a posture toward the Spirit of God is unforgivable: if a man will not believe in rebirth, he cannot be reborn; if a man will not believe in the redemptive and forgiving ability of the Spirit, he cannot be redeemed or forgiven, either in this age or the age to come.

To deny the Spirit of God is a type of denial of reality. It is a type of shallow and hollow one-dimensionality of life, wherein a man—let us say, sinner—is stuck and fixed and ever-unchanging. It is a flat materialism that allows no permission for the immaterial and spiritual to interject and regenerate. A man is who he is and never who he could be by the working of the Spirit of God.

This flat and unenchanted materialism is king of our modern world, of course; it plagues even genuine and thoroughgoing Christian circles: we are quick to judge appearances and habits of others, we are concerned with the look of our church buildings, we have an obsession with coffee, we believe that the Lord’s Supper is merely bread and wine and nothing more. And, of course, the opposite happens as well: we do not judge appearances or habits, we are not concerned with the look of our church or the posture of our prayers, we snub coffee, we over-spiritualize all manner of things.

Even as a teacher in a classical Christian school, I see this modern, secular, materialism pop-up in the students on a daily basis. Whether it’s with their concern over their grades, their choice of wardrobe on dress-down days, what they talk about with one another in the halls, or how they interact with Augustine or Dante or Boethius in class—their materialism shows. The most telling example of this—and it may seem silly and small, but I have determined to go to war against it—is the usage of the word “literal” among my students.

We’ve all heard it: “He literally just said that!”; “But do you believe that literally happened?”; “She literally hit the floor!”; (and everyone’s favorite)—“I literally can’t even!” Whenever I hear the word literal/literally spoken by students, I call back with a theatrically and overly-pronounced “Literally” in response. They usually smirk in a sort of playful shame.

The reason I am hard on the use of the word literal is it reduces reality to one dimension. (Not to mention that students say it out of habit and hardly realize they’re saying it.) The usage and popularity of the word literal is a symptom of the modern, secular, materialist worldview. When anyone says “literally” they are almost exclusively referring to something material which is taking place in time and space and believe this occurrence to be the truth of the situation. The unconscious assumption and proposed worldview uttered with the word literal, then, is that the most actual reality is happening in the Seen world, that truth is primarily, if not only, understood, seen, and known in our immediate experience via the five senses. A student might say, “He was literally sitting on my desk”; but a student is not “literally” sitting on the student’s desk, as if the only thing that is happening in that moment is the physical body of the student posturing itself on the physical form of the table. What is happening is a silly gesture or inside joke conceived in the mind of a 7th-grade boy, an act of disrespect, an attempt to relax and take a load off; we might even say a clump of atoms is sitting on a clump of atoms; or we might say it is not your desk, but the school’s desk, or not the school’s desk but the manufacturer’s desk; or we might say it’s not a desk, it’s a tree, or wood, or specifically pine —- etc., etc., etc., ad nauseum. A student is not merely sitting on the desk; indeed, nothing is merely anything—there is always more than meets the eye (or touches the hormonal heart of middle schoolers). We should be cautious, then, with words like only and merely and just for the same reasons we should be cautious of literally: it reduces the world and denies the full reality of it.

When we read Genesis in class, for example, the question occurs every year: “So do you believe these are literal seven days?” To which I say, “What do you mean by literal?” And I know that can seem annoying, but I don’t want my students to reduce the world to one dimension. When I talk about God subduing and destroying the ancient dragons of chaos at the beginning of the world and tell the students that dragons still roam among us, I mean it. But do I mean it “literally”? Strange question. Do I mean it physically and materially? Maybe. Does this mean dragons are not among us? Absolutely not. When they ask if the Serpent literally spoke to Eve, I say speaking is not always speaking and say that the plate of cookies that your mom baked while you were at school, which are now sitting on the counter, are speaking to you and asking—demanding, even!—that you eat them before dinner is, of course, speaking. But literally? No, not like you think, but it is speaking nonetheless. The world is not merely material. It is also immaterial; the world is so full of life that we might miss it if we only have eyes to see and ears to hear. What it comes down to is this: Was Julius Caesar literally stabbed in the back?

The world and the words we use within it are much larger than we give them credit for. Students should not be allowed to reduce these things to their “literal” meaning—if such a thing even exists (what is the “literal” meaning of the word mean, after all?). Teachers should fight long and hard against the usage of the word “literal”. Its usage will train the student to think of the world as flat and fundamentally material when the world is filled and overflowing with a foundational spirituality. All manner of slang can be forgiven, but the usage of the word “literal” will not be forgiven, either in this age or the age to come.