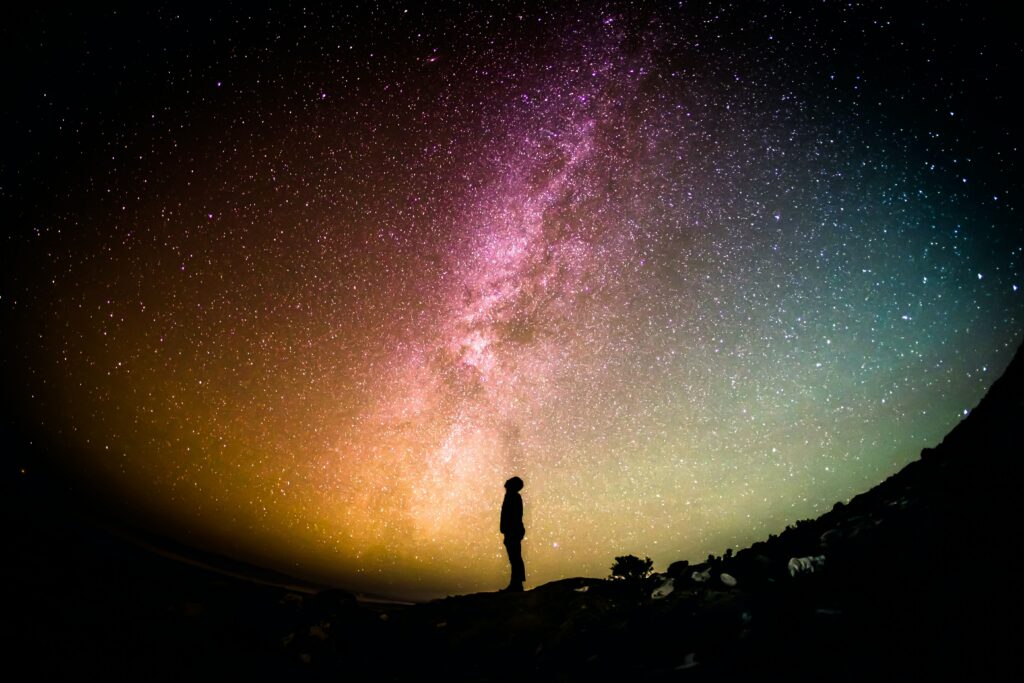 Within the list of God’s attributes, one gets the sense of the totality of all good things. All that is God is good and of all that is good, He is the best fulfillment. One of His attributes not often listed formally, a good in which He is the best fulfillment, is that of Storyteller. Consider two main ways in which God expresses Himself: 1) the act of Creation which was initiated through speech, specifically the Divine Word, and 2) the written text of Holy Scripture. God is a Storyteller; when He pens poetry His ink is physical matter, and His written Word satisfies man where physical bread alone cannot. Man, created in His image, imitates Him in this attribute of storytelling and attempts to tell stories of his own, falling short in his narrative ability due to that first great Fall.

Deus ex machina is a literary term used to describe a “too good to be true” resolution, usually depicted as divine intervention, to a seemingly hopeless plot situation within a story. When all hope is lost and it seems like there will be no escape for the protagonist, enter Athena and company to dispatch all the antagonists and whisk the hero away in a flying chariot, etc. Introduced into Greek tragedy by Aeschylus, it became an established theme within the work of Euripides. Translated “god from the machine,” the theatrical divine intervention was staged through the use of props, often with the help of a crane to lower and lift the actors portraying the god into and out of the action of the play. It is from this crane or “mechane” that the name is derived, borrowed from the Greek into the Latin term we know today.

We see in deus ex machina an example of man’s attempt to bridge his creative failure in storytelling. It is a literary trope precisely because even the best of man is often in need of a literary back door when he writes himself into a narrative corner and needs a god’s assistance to resolve his plot. The greatest authors to contribute to the Great Conversation pale in comparison to the Author of reality. Shakespeare himself resorted to this literary device on occasion; Tolkien, after penning a pinnacle of man-made mythic narrative, still had to call down the Great Eagles seemingly from thin air to resolve the ending of Frodo’s journey.

When we read through the classical Western canon, we embark on our own journey through the greatest minds humanity has produced, and within that literary landscape we see both a repetitive mimicry, whether in full or in part, of that One True Story and a self-awareness that It can never be equaled. In a previous post, I made the claim that Christianity was the One True Myth. All our mythologies and fairy tales contain fragments that are fully realized in its Truth. All our journalistic endeavors to document truth are fraught with the unavoidable bias of selfish agenda. No fiction is so fantastic and no factual recount so real as the story told within the claims of Christianity. At only one point in the story of human history has the objective and the narrative truly intersected: “behold the Man.”

When God created ex nihilo, penning His physical poem through the Word of the Divine Logos, it was man that backed himself into the sinful corner of God’s narrative. The Fall, the separation of His creation from Himself, was a plot situation more hopeless than any man-made narrative could hope to produce, and yet in His Wisdom it was a felix culpa or “fortunate fall,” a fall that would soon be fixed when the Divine became flesh and dwelt among us. Our God does not stumble into unforeseen, irreconcilable plot problems. He is not a mechanism or machine that ties up loose ends in our lives. Through man’s weakness God’s love and strength would be able to be demonstrated seventy times sevenfold in His story of the cosmos; from the first Adam’s weakness came the need for the sacrifice of the second Adam, Himself.

In the climax of His story, when the Author of objective reality placed Himself within the pages of human history and allowed His creation to back Himself into the corner of His narrative’s unkept and overgrown garden, He was not whisked away on wings like eagles, nor did a divine chariot appear to pluck Him from the stage. When our God arrived on set to defeat Sin and Death, to slay the Dragon once and for all and resolve the key plot problem that has plagued this world since shortly after its inception, He did not do it deus ex machina.

Rather than a grand triumph and a quick resolution, snatched at the end of a staged mechane, God humbled Himself to the point of seeming brokenness and defeat, taking on Himself the hamartia of all humankind and walking into the depths of tragedy while His followers awaited a miraculous escape, a quick return, and an expected ascension of political power. Instead, He descended into Hell to tear its doors off their hinges and ascended to the Father to sit at His right hand, awaiting the Father’s appointed time to glorify what He has already redeemed. Our God is no machine that churns out happy endings, but a Man that laid down His life for his friends. Greater love hath no man than this.