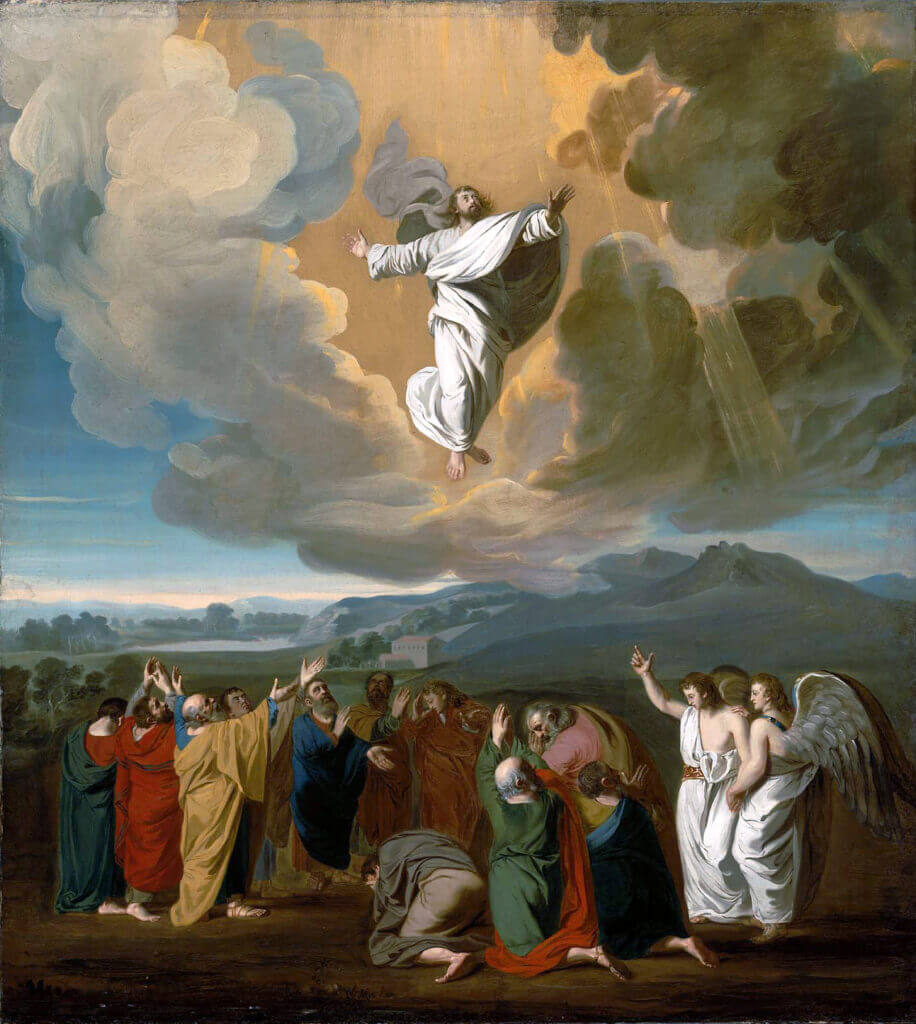 From the very beginning, God has ordered our days. In the Creation week, He made the sun to rule the day and the moon to rule the night. He rested on the seventh day, giving us a pattern of work and rest to follow in our own lives. Our calendars have, however, become far more numerous and complicated – work calendars, family calendars, and school calendars now direct how we spend our time. Sadly, the Church calendar is rarely the one setting the rhythm of life, even for Christians.

Yet, the Church calendar, with its repetition of fasting and feasting, prepares us and trains us for every season of life – times of suffering (fasting) and times of rejoicing (feasting). It also reminds us that the center of life is Jesus.

One important, but often overlooked (at least by many evangelicals) Church feast is Ascension. Christ ascended into heaven forty days after His resurrection, after appearing to His disciples multiple times. It is significant to note that the Easter season is not one Sunday. Rather, it is a forty-day feast that begins on Easter Sunday and continues through Ascension. There is a day of Easter feasting for every day of Lenten fasting…plus some. Easter’s forty days lead to the feasts of Ascension and Pentecost (ten days after Ascension).

Shortly before Jesus ascended into heaven, the disciples asked Him, “Lord, will you at this time restore the kingdom to Israel?” The power they would receive, however, was not political. Jesus answered, “You will receive power when the Holy Spirit has come upon you, and you will be my witnesses in Jerusalem and in all Judea and Samaria, and to the end of the earth” (Acts 1:8). The word “witnesses” is the Greek term for martyr. Rather than earthly, political power, the disciples would be given the power to lay down their lives for Christ.

Through His ascension, Christ is seen as the substance of Old Testament shadows. The accounts of Acts and the Gospel of John give us two specific examples.

Christ’s Ascension & the Ark of the Covenant

“And when he had said these things, as they were looking on, he was lifted up, and a cloud took him out of their sight. And while they were gazing into heaven as he went, behold, two men stood by them in white robes, and said, ‘Men of Galilee, why do you stand looking into heaven? This Jesus, who was taken up from you into heaven, will come in the same way as you saw him go into heaven’” (Acts 1:9-11).

When Christ rose from the grave, He first appeared to Mary Magdalene, who returned to the empty tomb after Peter and John had departed. She wept outside the tomb, then stooped to look inside. “And she saw two angels in white, sitting where the body of Jesus had lain, one at the head and one at the feet” (John 20:12). The empty tomb is the new Holy of Holies, and place where the body of Jesus had lain is the new Mercy Seat. The angels sat on either side of the tomb because the empty tomb is the true Ark of the Covenant (with angels on either side). Additionally, when Peter and John arrived at the tomb, even though John was the first to arrive, he makes sure we know that Peter was the first to enter the tomb (John 20:4). This is significant because Peter was the High Priest who would deliver the sermon at Pentecost and call the crowds to repent and be baptized. He had to enter the Holy of Holies.

Now, back in Acts 1, as Jesus ascends and the Holy Spirit is to be sent, all the disciples are gathered and, while they stand there looking for Jesus (like Peter and John did), two angels stand by them. The disciples are high priests now, and they are going to minister in the true Holy of Holies – proclaiming the empty tomb and continuing the work of Christ in the power of the Holy Spirit. They can enter the Holy of Holies because Christ tore the veil, that is His flesh, and opened the Holiest Place through His resurrection.

In 2nd Kings 2, Elijah and his apprentice, Elisha, are walking together and, as they arrive at the Jordan River, Elijah takes off his cloak, rolls it up, strikes the water, and the water was parted so they could walk over on dry ground. This should remind us of Moses and the Red Sea, as well as Joshua and the Jordan River (Joshua 3:16).

“When they had crossed, Elijah said to Elisha, ‘Ask what I shall do for you, before I am taken from you.’ And Elisha said, ‘Please let there be a double portion of your spirit on me.’ And he said, ‘You have asked a hard thing; yet, if you see me as I am being taken from you, it shall be so for you, but if you do not see me, it shall not be so.’ And as they still went on and talked, behold, chariots of fire and horses of fire separated the two of them. And Elijah went up by a whirlwind into heaven. And Elisha saw it and he cried, ‘My father, my father! The chariots of Israel and its horsemen!’ And he saw him no more” (2nd Kings 2:9-13).

Elijah is about to be taken up into heaven, and Elisha asks for a double portion of his spirit to come upon him, so he can continue the work of Elijah once Elijah is in heaven. This was not selfishness on Elisha’s part. By asking for a “double portion,” he was not being greedy. He was being humble. Elisha knew that, in order for him to carry on the work of Elijah, he would need a double portion. In the same way, as Jesus prepared to ascend into heaven, He does not leave His disciples helpless or powerless. He leaves them the Holy Spirit to continue to empower them to continue His work. And, just as Elijah went up into heaven with the flaming chariots, so the Holy Spirit would descend as tongues of fire at Pentecost.

In the same way, the Holy Spirit is given to the disciples and to the Church to continue doing what Jesus did – lay down His life for those the Father had given Him. We are called to do the same where God has put us, in the time He has given us, for the people He has given us – for our spouse, our children, our neighbors.

And as we labor on, laying our lives down for the Lord and others, the ascended Christ who sits at the right hand of the Father intercedes for us.