Castaways and the Raft Home 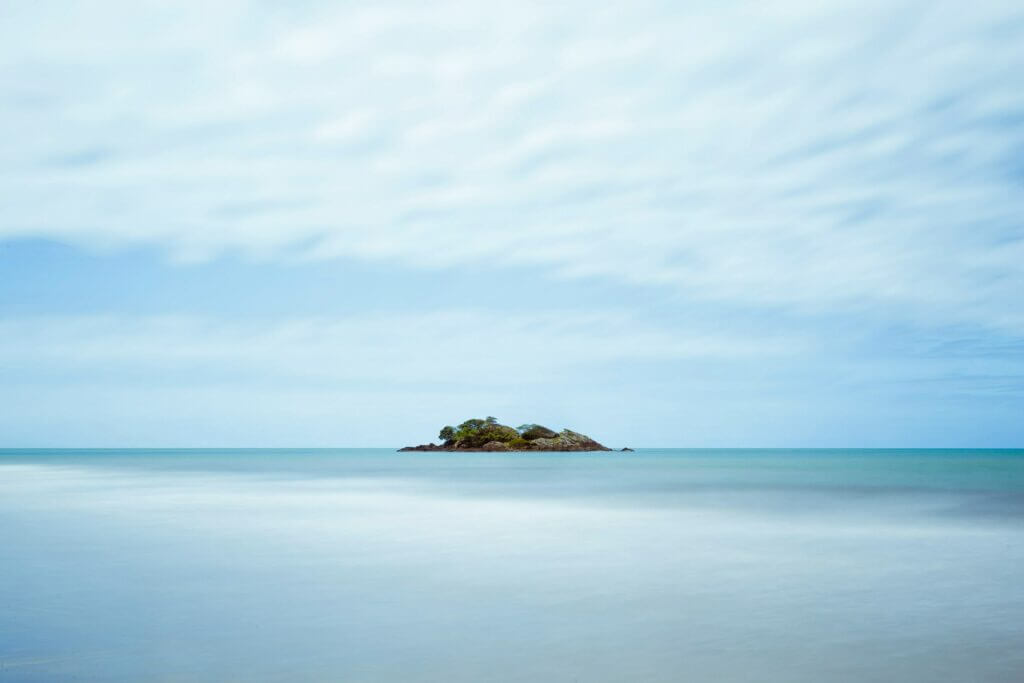 Over the course of the last few weeks we decided we should go on a bit of a Tom Hanks binge. You know, the classics: Sleepless in Seattle, Forest Gump, You’ve Got Mail, and Cast Away. Hanks is an incredibly gifted actor who has portrayed some of the greatest characters in cinematic history. His ability to communicate depth and complexity with the utterance of a single word is quite profound. “Jenny!” “WILSON!” In watching Tom Hanks’ portrayal of Chuck Noland in Cast Away, we both shared an epiphany: we are the isolated, lonely, wrecked castaways desperately searching for any signs of rescue and a way home.

In the movie, Noland lands on a deserted island following a terrifying and violent plane crash. He is alone. He is afraid. He clings to the artifact of his former life, a pocket watch with a picture of his beloved Kelly held inside. His love for Kelly energizes his longing to survive and to find a way home. However, the isolation and pain becomes a weight too great to bear. Noland does not give in to hopelessness quickly, but after years of waiting, he eventually breaks. The film jumps four years ahead. There we find Chuck bearded, sun-worn, and nearly emaciated. Noland has been alone on this island for nearly half a decade. He has done what he needed to do to survive – found shelter, made fire, spear-fished, and found some semblance of friendship through the volleyball he lovingly refers to as “Wilson.” One stormy night, Noland is resting in his cave when he hears something crashing along the jagged rocks. At first, he yells at Wilson to quiet down, but he then comes to his senses and realizes it is not, nor could it be, his friend the volleyball. When the storm clears and the sun rises, Chuck goes to the rocks to investigate. Cautiously navigating the rocky beaches, he finds the remains of a port-a-potty. The piece of oceanic refuse provides Noland with precisely the jolt of spirit he needs. He sets out to build a raft with the discarded port-a-potty as his sail.

While Chuck assembles his raft, the viewers learn the extent of despair with which he has grappled and his contemplation of suicide. Once he has assembled the raft, he bemoans the fact that there will not be enough rope to complete his project. Wilson, the volleyball, reminds him that there is about thirty feet of rope atop the mountain. Noland hesitates to return to this spot because it was there where he nearly took his own life a year earlier. You likely know the rest of the story; the raft works, a storm discards Wilson into the ocean, and a barge finds the nearly dead Noland in the ocean. He is saved.

We have watched this movie at least four times in our marriage. Upon this fifth viewing during a pandemic, where rates of depression and anxiety are skyrocketing (especially amongst adolescents and even in our classical Christian schools that we hope are havens), we fear many of us live out the functional existence of Chuck Noland. We are the castaways bound by social media, quarantine, and loneliness, with friendships that more closely resemble Chuck and Wilson’s than authentic and meaningful relationships.

Social media was designed to connect people more efficiently. The postmortem analysis after a decade of social media prominence is isolation and depression. Perhaps social media is not the cause but rather an effect of social isolation (the research has not proven causation). However, among people ages 19-32, who use social media for two or more hours a day are twice as likely to perceive a sense of social isolation than those who spend less than half an hour on social media (American Journal of Preventative Medicine). According to Pew Research, “the total number of teenagers who recently experienced depression increased 59% between 2007 and 2017. The rate of growth is faster for teen girls (66%) than for boys (44%).” We have an epidemic on our hands, and we are not solely referring to the Coronavirus. We are increasingly like Chuck Noland, trapped on deserted islands. Depressive mood disorder and depressive episodes (prolonged feelings lasting longer than two weeks) are marked by a loss of pleasure and interest in the daily activities of human life. Such a loss can be paralyzing, leading to further isolation and more prolonged despair. Hopelessness accompanies such episodes. We are in need of a vessel to carry us back to the shore, the fixedness of life in community. And this vessel is the good life of pleasure, joy, interest, “glorifying God and enjoying Him forever.”

We must take a bold stance against the tide of our modern culture. We need rafts of hope. During this new year, let us look to the Incarnation and the Second Coming as our true source of hope. Let us reject the consumerist vision of the good life. We have been receiving the gift of the latest innovations of technology for decades. Where has it taken us? We do not need the latest version of the iPhone or the newest iteration of the Xbox. We need to laugh, sing, eat, drink, and worship. A live well-lived is filled with laughter, joy, and feasting. A life well-lived is full of sorrow and tears experienced in community. Isolation is the position of Hell. Ebenezer Scrooge was alone with his hoarded gold, a human Smaug, a dragon resting upon his material wealth with no friends or family with which to enjoy it. Our hoarded gold looks like the endless material comforts and innovations gold can buy. As Thorin in The Hobbit says, “If more of us valued food and cheer and song above hoarded gold, it would be a merrier world.”

For far too long, we have found our worth in hoarded gold, new technology, social media, and consumerism, which has only led us to become sad, isolated, bound castaways. Let us break free. Let us wish one another a Happy New Year and take the steps Thorin describes to produce a merrier world. Let us teach our children, and even ourselves, to value food, cheer, and song. Let us gather the ropes that our rafts have been missing and set sail towards our true home.

Meghan and James Ranieri teach at Trinity Academy in Raleigh, NC. Meghan teaches 9th and 11th grade literature and James teaches Apologetics, Tolkien and Lewis, and Logic. They live in Raleigh with their three children, and their dog, Argos.