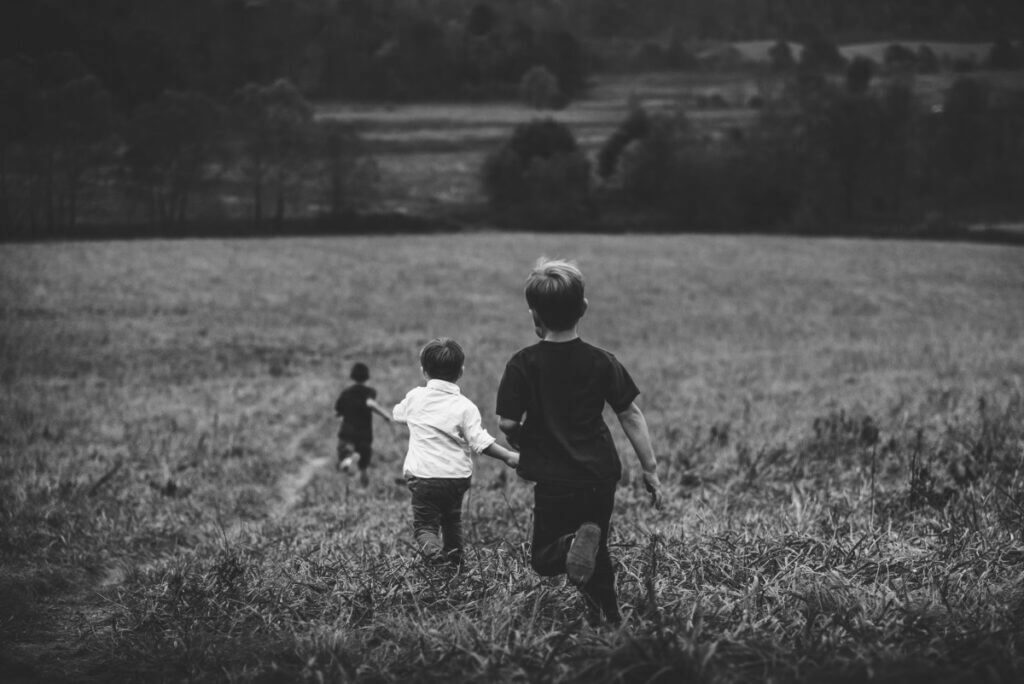 Boys are not quite right.

“Normal” boys do inexplicable things – from swinging on vines over dry, rocky creek beds to sword-fighting with trees. When he was only 4, my nephew would crouch into a three-point stance, say “hut-hut” and charge into furniture and walls while pretending to play football. My son, Ian, and his friend, Jaxson, make a game of running into one another to see which one falls; each round punctuated by thunderous laughter. Only on occasion do we waste our breath with a call to “be careful, boys!” or “watch that table!”

Recently, I heard the story of a little boy who passed out in line at school because he was trying to win a game of “who can hold his breath longest?” When his mother was notified, she softly replied, “Well, I guess he won.”

To many of us, such stories fit our description of what boys are and do. Boys are often naturally aggressive and physical; delighting in things that confuse girls and scare moms. There are still many parents and teachers who resist the pull of modern “helicopter” parenting.

Sadly, however, much of the world appears to have lined up against boys. Physical activity and contact sports are labeled too “dangerous” or “violent” and, in some extreme cases, boyhood behavior has been criminalized. A 6-year-old California boy was accused of “inappropriate touching” of another student because they were playing tag. Another boy in Texas was arrested and ordered to appear in court for throwing paper airplanes in class. Louisa May Alcott observed that freedom is the “sauce best loved by the boyish soul.”

While some boys fall to effeminacy, many others stray into harmful outlets – violent video games, actual violence, and false masculinity. The use of such harmful outlets further perpetuates the idea that “masculinity” is dangerous, resulting in a greater push to restrict boyhood, even in its good forms. The vicious cycle continues, and the boyish soul is caught in the middle. Boys are left, to quote Wodehouse, disgruntled or at least “far from being gruntled.”

It seems to me that we have forgotten how to make distinctions – healthy aggression from violence, real safety from hovering. Boys can be naturally aggressive and they must be allowed to demonstrate it in appropriate ways – running, climbing, falling, getting muddy, and playing rough games. When they are encouraged to do so, the likelihood of them turning violent slims considerably. They learn how to be rough and aggressive, but they are also learning how to distinguish that from actual violence. Brett McKay, founder of the popular Art of Manliness site, wrote:

“The problem is that research actually shows the opposite outcome: children who engage in frequent roughhousing are almost always more socially and emotionally adept than kids who don’t. Dr. Stuart Brown, an expert on play (Yeah, you can be an expert on play. Who knew?) says that the ‘lack of experience with rough-and-tumble play hampers the normal give-and-take necessary for social mastery and has been linked with poor control of violent impulses later in life’…

“Roughhousing builds social intelligence in several ways. First, when kids roughhouse they learn to tell the difference between play and actual aggression. Dr. Pellegrini found in a survey among school-aged children that the ones who could tell the difference between play and real aggression were more well-liked compared to kids who had a hard time separating the two. The kids who mistook play for aggression often ended up returning their classmates good-natured overtures with a real punch in the kisser. The ability to differentiate between play and aggression translates into other social skills that require people to read and interpret social cues.”

So, allow me to end this trilogy of articles with a few of suggestions and principles.