Wonder, Thunder, and the Christian Scholar 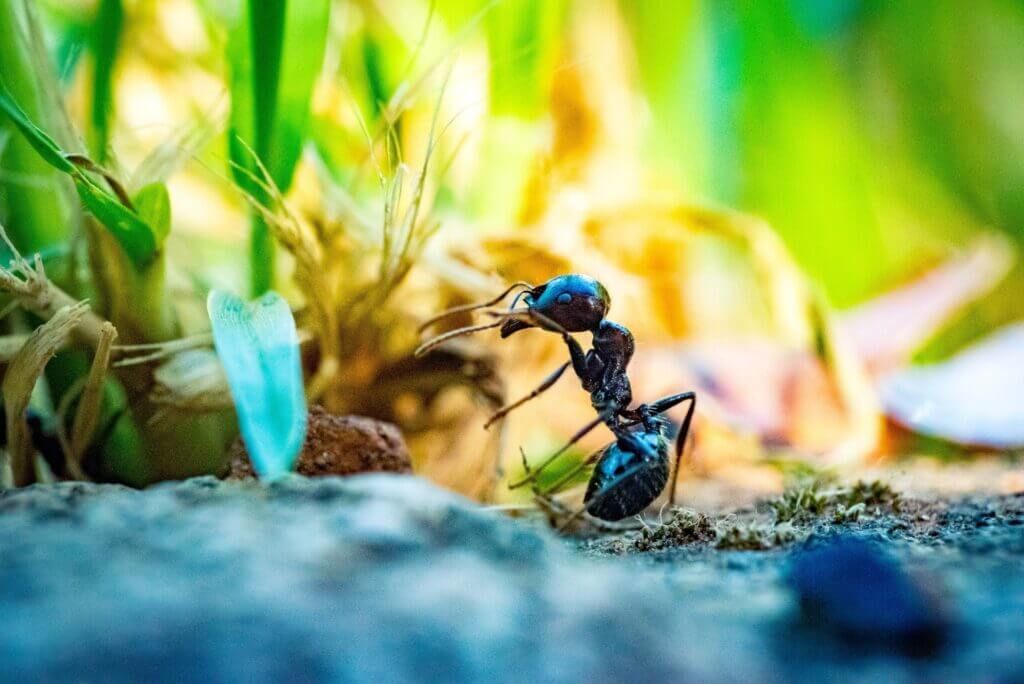 When was the last time you stood in silent awe before something created? I mean a silence with no plans, no sizing up, no using? A silent admiration of clouds, ants, squirrels, crystals, microchips, or skyscrapers. Are there any whole classes of creatures that no longer inspire wonder in you or never did? If so, what blunts that astonishment? What murdered that wonder?

These are essential questions for any teacher to consider, since wonder is central to—perhaps the central energy of—education. Addressing these questions requires us to consider three issues: what wonder is and should be, the connection between wonder and what it means to be a Christian scholar, and those forces in our culture that cripple or kill wonder—those influences that we scholars and teachers need to guard against.

The Recovery of Wonder

What is wonder? I suspect wonder is one of those words or concepts that are on people’s lips but not securely in their heads, words like “freedom,” “love,” and “religion.” Freedom is reduced to doing whatever I want; love means mutual attraction; religion means a vague sense of peace and spiritual self-fulfillment. There’s nothing wrong with words changing their meaning over time, but if a word’s meaning gets pared-down and trivialized, and if the word names a concept that is essential to the good life, then beware. A word’s mistreatment may signal the neglect or distortion of an important reality.

Consider the adjective “wonderful.” What does it most often mean? Often, it means “really great.” We had a wonderful time on vacation, at the concert, at the lecture on Homer. But was that experience actually full of wonder for you? Did you wonder at it? Did it truly leave you speechless? Or is the word wonderful yet another stand in for “good,” taking its place next to awesome, bad, wicked, rad, hot, chill, cool, crazy, cray-cray, and others?

Think about the verb “to wonder.” The first definition found at dictionary.com conflates wonder with “curiosity.” To wonder is to “be curious about.” And that does seem to reflect usage. You say “I wonder whether it will rain tomorrow,” or “I wonder how long Dr. Saunders will afflict me with his word worries.” This means you are just curious about these matters, not that they are rocking your world. You’re not blown away, rattled, or shocked; you would just kinda like to know.

There are a lot of things throughout the day you would kinda like to know, especially if you’re a curious person. But, whereas current usage conflates wonder and curiosity, a thousand years of Christian thinking distinguished them. Curiosity was not one of the seven deadly sins, but it was dangerous. Curiosity was the desire to know the wrong things, or the right things in the wrong way, or to the wrong extent, or for the wrong reasons.

On the other hand, consider the following synonyms for “wonder” which can help us to discover a correct understanding of the concept: “awe,” “awesome,” “astounding,” “astonishment,” “amazement,” “admiration.” Some of these, such as “awesome,” are (like “wonderful”) victims of verbicide. Today, “awesome” just means “really good in my opinion.” My flavored cereal is awesome; so is the new song you played for me; so is your car and your hair.

Wonder, however, means to stand and stare, to contemplate while being stunned, rendered immobile, shocked, speechless in the presence of that which is full of wonder—a continually appropriate response for the Christian student, since, to paraphrase King David, the heavens and earth thunder the glory of God. In the classical and Christian tradition, wonder was a core virtue in the pursuit of wisdom, one that we ought to try to recover in our schools and homes today.

Solomon, a man who knew thousands of plants and proverbs, is the archetype of the Christian scholar. “I gave my heart,” he says, “to seek and search out by wisdom concerning all things that are done under heaven” (Ecc. 1:13). “It is the honor of kings to search out a matter” (Prov. 25:2). Solomon was interested in everything—in human studies like ethics, politics, and economics, but also things of nature. He was able to analyze behaviors and decisions in terms of inputs and outcomes. He had a sharp eye for cause and effect and patterns, but he could recognize the big picture. He saw the world in terms of relationships between people, and between people and God. And, of course, he knew how to prioritize (for instance, in asking first for wisdom). All of this is tremendously exemplary for any Christian scholar.

But Solomon also shows us that wonder is essential to being a Christian scholar. He wrote, “There be three things which are too wonderful for me, yea, four which I know not: the way of an eagle in the air; the way of a serpent upon a rock; the way of a ship in the midst of the sea; and the way of a man with a maid” (Prov. 30:18-19). The man who knows all those plants and proverbs confesses that he’s thunderstruck by these things. What does it mean that the four “thunders” strike in four zones from sky to land to sea to soul? Perhaps it means that wonder fits everywhere: wherever you go and whatever your expertise. Something must always exceed your grasp, something must baffle you. If not, you’re a proud fool, a petty soul with a false claim to mastery.

Aristotle, one of the greatest non-Christian philosophers of the tradition, wrote that “philosophy begins with wonder,” his version of Solomon’s “the fear of the Lord is the beginning of wisdom.” Far from quaking, recoiling flight, Aristotle’s “fear” is the mindset of awestruck, stunned-to-silence amazement.

Awe is—or should be—the stable basis of our scholarship as we search for wisdom. The wise man maintains the habit of, and capacity for, staring open-mouthed. Even as we move forward deeper into any discipline, part of us should take on the posture of the man who is staring quietly at it from afar, taking it all in. As one sage has put it, “He who can no longer pause to wonder and stand rapt in awe is as good as dead; his eyes are closed.”

Careerist pragmatism is the impulse to use everything (or the more profound things) for personal material gain. The careerist thinks, “I’ll take a literature or theology course for personal enrichment after I retire. Right now I’ve got to focus on my major or get that promotion.” Or, “I might check out a book on art or architecture before I take that trip to Europe, but otherwise it’s not worth my time.” What the careerist misses is that the wonderful things—the true, good, and beautiful things, are useless. A silk tie or a symphony or seasonings on food—these things are enjoyable because they manifest the Creator, not because they propel me toward the American middle-class ideal of consumption, security, and free-time. Students and their parents, especially in private schools, are often tempted by this worldliness.

The excesses of the digital world—of virtual reality, image saturation, and virality—constitute a second danger. It’s getting harder to be in this world while not of it. What gradually builds in the serial texter and YouTube addict is the sense that you can experience the world, even live your life to some extent, at a distance. To wonder most deeply, I think, you have to be present. How many of us spend time in awe of things on screens but don’t know the amazing stories of the people next door or the natural wonders down the freeway. This is why we read and discuss the Great Texts in our literature classes, to make us present to the great minds, ideas, stories, and epochs of the past. I’m not anti-TV or anti-internet. I’m talking about the dangers of a certain kind of shallow, click-and-go consumption of digital, image-based media, the kind that makes you a hungry fish in a pond full of click-bait, the kind that triggers a dopamine hit to the brain like the one porn-users and compulsive gamblers get. W. Bradford Littlejohn has argued that the dopamine effect in addiction signals just the kind of vice the classical and medieval Christians called curiosity. Desiring knowledge is not bad; what’s bad is desire that sheers off the surface of things and burns them in the idol-forge of shallow pleasure.

So what do we do, especially for our students? There are two approaches to take, one negative and the other positive.

On the negative side, we can watch out for and warn against certain attitudes, especially in upperclassmen. For example, the jaded boredom of senioritis that rubs shoulders with the pride of sophomorism. These are the common wonder-killers that every teacher has to spot and attack in his or her own way. Additionally, Christian wonder opposes formulaic approaches to study and academic success, wherein each discipline is wrestled into line with a “learning style” and “what works for me,” without letting the material shape us and challenge us to learn according to its nature. It is also opposed to the “I have it all figured out” attitude which results from disintegration of one study from another (algebra from calculus) and one year from another, such that students think that because they graduated from high school they mastered English in some sense.

On the positive side, though, we can cultivate the virtues that wake up a snoozing wonder: gratitude and humility. Gratitude that receives everything as a gift will see grace in everything and be blown away by it, whether it is sunshine, water, beautiful poems, the Pythagorean theorem, the planet Mercury, chocolate, or modern dentistry. Because everything is a gift, everything is being given back to the giver in a life of worshipful service; everything is being passed on. That means everything is bigger and more wonderful than itself. Even Solomon could be astonished at ants and grasshoppers, serpents and ships.

Finally there’s humility. Point out to your got-it-down, know-it-all students that physicists are discovering a new fundamental particle nearly every decade. Remind them that Thomas Aquinas said our greatest scientists can’t exhaust the essence of a single fly. René Descartes offers an image of the kind of humility we need. He describes the difference between understanding and comprehension as the difference between touching a mountain and putting your arms around it (compare Eph. 3:17-19). I think it is wonder that keeps that distinction in view, that keeps us scholars aware that we are not comprehending but always only touching the deeper surfaces of God’s thunderous creation.

Bret Saunders is Assistant Professor of Humanities at John Witherspoon College in Rapid City, SD, where he lives with his wife Katie and two children. For one living in the Black Hills he spends all too much time indoors reading, playing folk music, and trying to write poetry.