Why Leisure Can Save You from Hell (Or, Don’t Go to Lunch Just Yet) 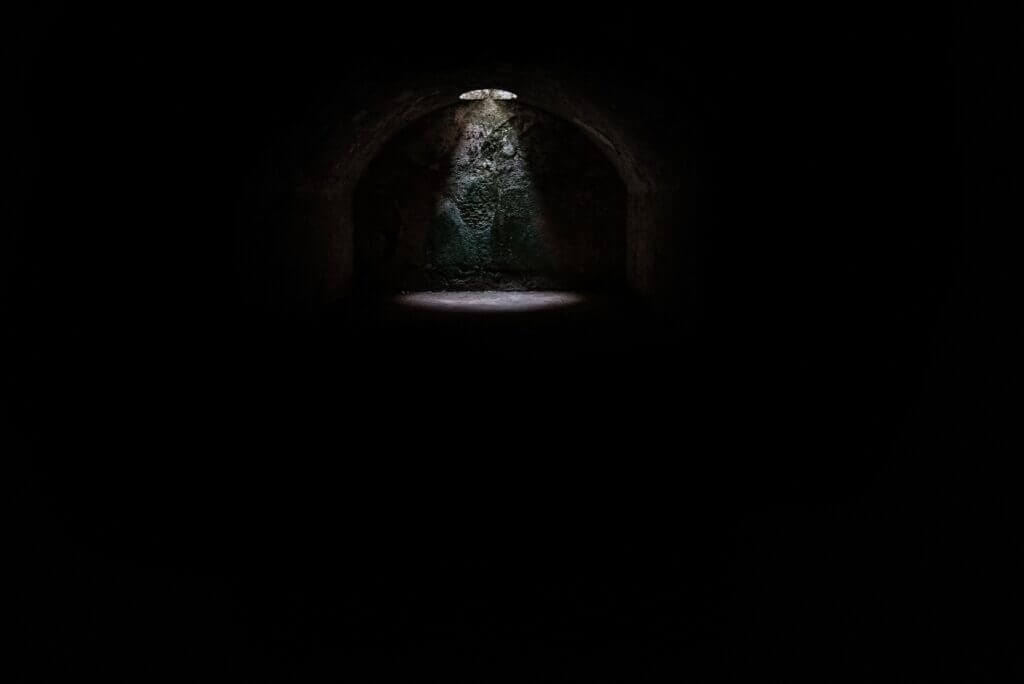 In That Hideous Strength, C.S. Lewis tells the story of Mark Studdock, a servile man who ironically comes to realize his true freedom in the limitation of a jail cell. However unpleasant it may be, we have it on good authority that “being at close quarters with death” can actually be good medicine for the soul, especially for the Christian soul. Like Boethius and greater men before him, Mark Studdock receives a great blessing in his incarceration (as he comes to see later on). But how can jail time confer a blessing?

When Studdock is first imprisoned, he finally begins to do something that the psalmist recommends to us all: commune with your own soul on your bed and be still. Silence begins to penetrate the layers of distractions. The jail cell ironically affords him the leisure to do the real work that he has been avoiding his entire life and marriage. As his physical freedom is taken away, the soul’s freedom is allowed to expand. Alone and quiet, Studdock is forced to come to terms with the self he really is, not the marketed or curated self, which he often fancies.

He looked back on his life not with shame, but with a kind of disgust at its dreariness. … He saw himself in his teens laboriously reading rubbishy grown-up novels and drinking beer when he really enjoyed John Buchan and stone ginger. The hours that he had spent learning the very slang of each new circle that attracted him, the perpetual assumption of interest in things he found dull and of knowledge he did not possess, the almost heroic sacrifice of nearly every person and thing he actually enjoyed, the miserable attempt to pretend that one could enjoy Grip, or the Progressive Element, or the N.I.C.E. — all this came over him with a kind of heart-break. When had he ever done what he wanted?

To realize that all your painful choices in life were for things you never really wanted in the end is an earthquake. Fear of death can produce this. But such a realization only comes when one’s attention is not divided and when one’s vision is clear. Without this kind of jailed leisure, Studdock’s transformation into becoming a real human being would be impossible.

But it’s not just about being a better person. According to Lewis, leisure is a matter of life and death, of one’s very salvation. The devils know the danger of contemplation. The first lesson that The Screwtape Letters records is about how the devils can successfully distract, worry, and frighten the “patient” into not attending to one’s soul.

In The Screwtape Letters, Lewis reminds us that modern man “has been accustomed, ever since he was a boy, to have a dozen incompatible philosophies dancing about together inside his head,” and that the devils “are there to fuddle him.” Screwtape recalls an incident where a bit of schole almost undid his entire project of damnation:

I once had a patient, a sound atheist, who used to read in the British Museum. One day, as he sat reading, I saw a train of thought in his mind beginning to go the wrong way. The Enemy, of course, was at his elbow in a moment. Before I knew where I was I saw my twenty years’ work beginning to totter. If I had lost my head and begun to attempt a defense by argument I should have been undone. But I was not such a fool. I struck instantly at the part of the man which I had best under my control and suggested that it was just about time he had some lunch. The Enemy presumably made the counter-suggestion (you know how one can never quite overhear what He says to them?) that this was more important than lunch. At least I think that must have been His line for when I said ‘Quite. In fact much too important to tackle at the end of a morning,’ the patient brightened up considerably; and by the time I had added ‘Much better come back after lunch and go into it with a fresh mind,’ he was already half way to the door. Once he was in the street the battle was won. I showed him a newsboy shouting the midday paper, and a No. 73 bus going past, and before he reached the bottom of the steps I had got into him an unalterable conviction that, whatever odd ideas might come into a man’s head when he was shut up alone with his books, a healthy dose of ‘real life’ (by which he meant the bus and the newsboy) was enough to show him that all ‘that sort of thing’ just couldn’t be true.

Leisure is no light thing. It involves eternity. It involves eternity because it is a kind of time that qualitatively relates to eternity. It might mean the difference between salvation or damnation. Notice how Screwtape juxtaposes two realities: the “real life” of the shouting newsboy and the No. 73 bus stand in contrast to “the ideas that come into a man’s head when he was shut up with his books.” In this scene, the man falls because he is easily confused and distracted. The question is, of course, which is the “real life”?

Later, Screwtape scolds his impish nephew for the “blunder” of allowing his patient some contemplation: “you, first of all, allowed the patient to read a book he really enjoyed . . . [i]n the second place, you allowed him to walk down to the old mill and have tea there—a walk through country he really likes, and taken alone.” The demons endeavor to drown out the still small voice with the “noise” of Hell or to lure us away from the True Venus with the false beauty of sirens and “stage girls” of the world (think of Boethius). In short, the Adversary seeks to abort man’s ability to become fully human and attain wisdom and virtue.

St. Peter tells us the Devil, “as a roaring lion, walketh about, seeking whom he may devour” (1 Peter 5:8). But what does this mean? Lewis suggests that the demonic purpose is to scatter, confuse, and distract. Hence, the word “diabolical,” meaning “to throw apart” and sow discord. Though he cannot destroy the Good, the True, and the Beautiful, the Adversary can certainly attack our capacity to see or hear them. Repeatedly he instructs Wormwood to attack the patient’s leisure or any semblance of intellectual solidarity. “It is funny,” remarks Screwtape, “how mortals always picture us as putting things into their minds: in reality our best work is done by keeping things out.”

If one of the demonic aims is to ruin our leisure, then it is not the “public schools” that the devils will go after. Hell has already been wildly successful with the various programs of that enterprise. It’s not simple progressivism either. No. Take a hint from eavesdropping on Screwtape. Hell would rather have us convinced that classical Christian education is safe from all such attacks. The devils would gladly deceive us with whatever they can, and this should disabuse us of any smug pretense that classical education is somehow immune to worldly temptations or demonic deceptions.

Alas. The shouting newsboy and the passing bus simply represent the old distractions one might have faced in Lewis’s day, before the digital flood. There are myriad now. The colossal vanity of Tik Tok, the twitterpated Tweets, the disorientation of gaming, the boasts of Instagram, the “Tumblring” (if that’s even a thing anymore), the incessant messaging, the augmented ephemera of SnapChat, the dark corners of Reddit, the continual buzz of news updates and media wars, and then there’s Netflix. And we haven’t even begun to analyze the way in which normal things of life today have increased in competition for our attention, fragmenting our desires—the endless sports games or tournaments, the youth group retreats, the pretty girl or handsome boy, the shopping for things one doesn’t need, the buying of things one does need, or the times when our belly growls and interrupts our ruminations with thoughts of lunch.

Yes, leisure can keep one’s soul from the distractions of hell. But how can one find leisure in a world where there is none? And if the devils really can stifle our contemplation with an appeal to our appetites or with a healthy dose of some daily diversion, then how much more ought we to be prepared today? And oughtn’t we, as educators, to be even more on guard? After all, education by its origin and nature belongs to the domain of leisure (scholé). But how many teachers, administrators, parents, and home educators (yes, you too) are ignorant of this? We blithely assume students know what it means to read a book. We blithely assume they have moments of quiet such as the one Lewis describes. We blithely assume the liberal arts tradition means anything in today’s Age of Martha, where we are, as Eliot laments, “distracted from distraction by distraction.”

It is enough that the devils need only “fuddle” us and keep things out. “Handle him properly,” says Screwtape, “and it won’t come into his head.” The opposite is true for the educator. But our aim is not simply to get the right things back into students’ heads. It is to create the preconditions for those things to be received in the first place and to cultivate habits of attention to accomplish this. Else the liberal arts, the Great Books, and the rest of the fragmented pieces of wisdom will simply take their place on the less fashionable isle of desiderata, behind all the other “real” things to see and to do.