What Classical Education Is Not

On dialectic, the nature of things, and chopping wood 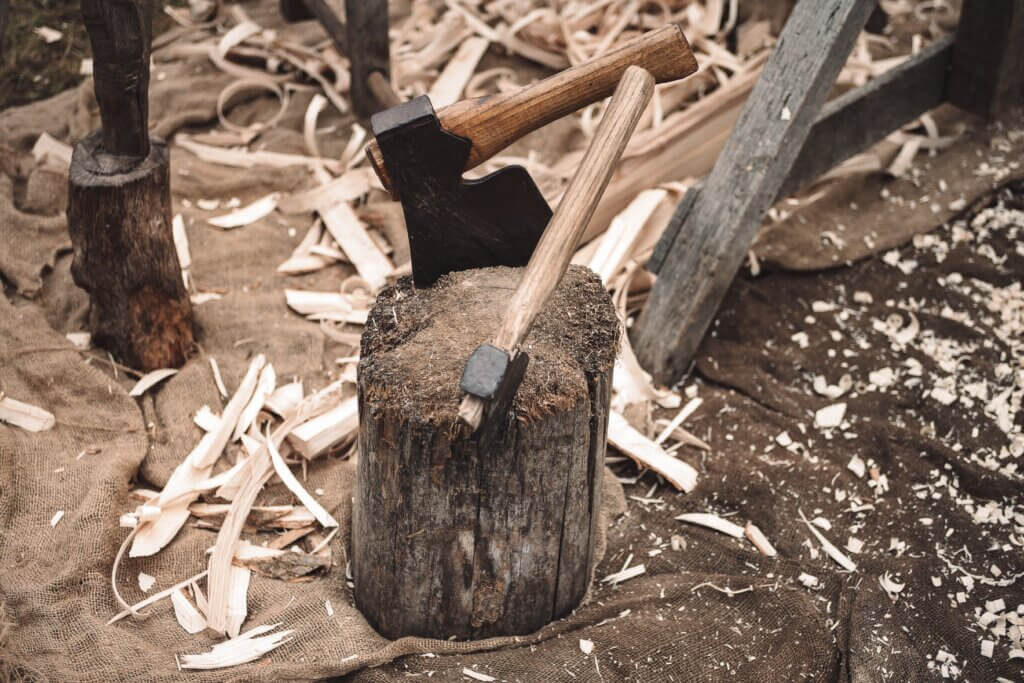 Which is more important: teaching classically or teaching in accordance with reality?

There once were two pioneers settling on the forested frontier of colonial America. They were brave but inexperienced. Neither of them had ever split firewood in their lives. One of the pioneers carried in his head a method of handling an axe that he remembered his grandfather describing to him when he was a boy. He had worked out a theory from what he recollected, and he determined to follow it carefully when the time came to cut firewood. The other pioneer just looked at his axe, looked at the wood, considered for a moment, and then set to work. Standing a piece of wood vertically on its end, he swung his axe up, over, and down in a swift, circular motion, aiming to chop right along the grain of the wood. Momentum and gravity completed the axe’s arc for him, and the two halves seemed to fly apart of their own accord. Soon he had plenty of firewood. The first pioneer began by laying out a piece of wood horizontally, as he imagined his grandfather doing it. Then, lifting his axe high over his head and holding it there for a moment, he brought it down with all the force of his arms against the wood, hitting it perpendicularly to the grain. He tried this over and over to little effect until, becoming exhausted, he decided to move back east. Unbeknownst to him, his grandfather had been an executioner.

Classical educators also strive to follow a tradition handed down of old. I used to think of classical education as a venerable curriculum. Later, I thought of it as a revered method of teaching or as a combination of a certain curriculum and a certain method. I have since learned that classical education is none of these. It is better understood as the practice of educating in harmony with the nature of things—what we commonly call reality.

The classical tradition allows, and indeed extols, the ceaseless questioning and refining of its established dogmas.

Suppose for a moment (though it may take a good deal of supposing) that there were a teacher somewhere whose practices were contrary to those of the classical tradition but who nonetheless actually taught in a manner more in accord with reality—with the nature of the child for instance—than did any of those teachers nearby who were striving to adhere to the tradition of classical education. In that case, the classical educator who observed this would have to conclude that the practices of the teacher in question more truly embodied classical education than did the tradition received by those others, at least inasmuch as those others rightly understood their tradition and put it into practice.

Classical educators are characterized by a resolve to act with due respect for the natural properties of things (things like wood and wedges, triangles and tropes, syllogisms and souls). When the master teacher sets to work, like a craftsman sitting down at his workbench, he does not fail to take into account the nature of the child, the nature of the art being taught, and the nature and form of learning itself.

Although all created things have a nature and a purpose, some natural properties are obvious while others are less so. The properties of some things, such as eleven-year-olds, are an inexhaustible mystery. Hence the need to draw upon a tradition that is millennia old. Without the strong, helping hand of so much practical and theoretical knowledge, we would be sunk in insurmountable ignorance.

Nevertheless, the classical tradition allows, and indeed extols, the ceaseless questioning and refining of its established dogmas. This questioning and refining is called dialectic, and it is one of the pillars on which the whole tradition rests. Dialectic is always aimed at better understanding the nature and purpose of things, as well as the proper way to use or conduct oneself toward them. Because of the esteemed role of dialectic in classical education, one can at least conceive of the possibility of teaching in a way that is more in harmony with nature than the received tradition. Yet it is only from inside the tradition itself that such an evaluation could be made; only by drawing on the received tradition would anybody think to raise the question of harmony with nature in the first place. Any real improvement, then, must constitute a further refinement of the tradition from within, not a modification of it from without.

To teach classically is to teach in accordance with reality. To do otherwise is to disregard, or actively to struggle against, nature and its Creator, and such hubris always ends in futility. How foolish it is when a man tries to cut against the grain! But how good it is to work in harmony with the created order. It is logical that this should be, for the universe was created by ο ϕιλανθρωπος Θεος, the man-befriending God.