What is a Classic, Anyway?

On Hemingway and the Hundred-Year Rule 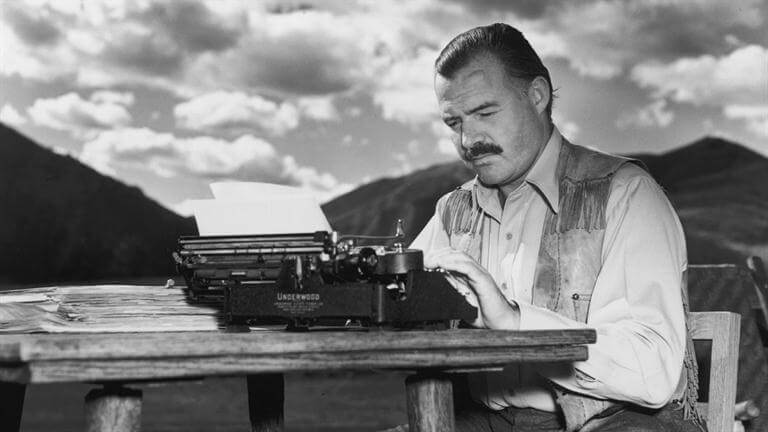 The best literature teachers rely on classic books, but how can you tell a classic from a non-classic? One popular answer to this question is that you have to wait because it takes time to identify one. You must wait and see which books manage to transcend the concerns of their own time and place and speak to the hearts of people from other times and places; which books, in other words, address universal themes in universally compelling ways.

This idea is well known among lit teachers and is widely applied as the “hundred-year rule”: a book cannot be declared a classic until it has persisted in relevance for at least one hundred years. Well-meaning teachers often use this rule to exclude twentieth-century literature from the high school curriculum. We have an obligation to read the time-honored works of the ancients, they say, but since Ernest Hemingway wrote during the lifetime of our grandparents, his books have much less to teach us and therefore create no such obligation.

We put a true idea to an absurd use when we apply the hundred-year rule this way. It amounts to making a judgment about the quality of a work based on its age alone. Worse, it implies that classic works take on some extra quality with the passage of time. It forces us to conclude that Dante’s Inferno was something less than a classic from 1320 to 1420, by which time it had finally changed into one of the greatest insights into human nature ever written.

This is not a rational basis for judging literature. Should high school seniors in 1620 have avoided Shakespeare simply because the world had not yet determined his place in the canon? Did Hamlet’s wisdom suddenly appear in 1720 in the same verses where it had presumably been absent for a century?

It is indisputable that Great Books stand the test of time. However, this is not the same as saying that no recent book is great. The Aeneid was great from its first day in 19 B.C. The hundred-year rule is descriptive of old classics, but should never be used to evaluate more recent ones. This only postpones a true reckoning of their worth. Granted, Hemingway’s A Farewell to Arms is not yet 100 years old. It is 88 years old, which forces those of us who reject it to plan for an uncomfortable day twelve years from now. On what basis can we reject it then if we use the hundred-year rule to reject it now?

The real problem, of course, is not that Hemingway’s books are too recent. The real problem is that we don’t like what they say. We complain that Hemingway’s writing is depressing, his philosophy atheistic, and his characters morally repugnant. Our problem is not that the jury is still out on Hemingway; our problem is that the jury is in—with a verdict of guilty. For teachers who caution their students to wait a century before passing judgment, this is perhaps a little inconsistent, but Hemingway’s immorality forces our hands. We put his work and the works of other twentieth century writers on an index of godless books that have no value to our students.

I think our anxiety about twentieth-century literature has its roots in faulty philosophies of reading, art, and education.

As good parents and teachers, we want our kids to grow up wise and virtuous, and we press literature into this service by mining the classics for characters to emulate. We elevate moral virtue as the highest principle of literary art and imitation as the highest pedagogical technique, and therefore we approve of works which lend themselves to the teaching of moral virtue by imitation. Since works which do not fit this paradigm are useless to us, we deride them as defunct and corrupt and eliminate them from the curriculum. Since nobody can become virtuous by imitating a Hemingway hero, his stories are the first to go.

This, however, is not the purpose of literature. It is not why authors write, it is not why readers read, and it is certainly not how teachers ought to teach. Dante did not write the Inferno to frighten us into keeping our noses clean; he wrote to describe the contours of human nature and to create a community of fellow sinners. Shakespeare did not create Hamlet to help us avoid indecision; he wrote to marvel at the mass of contradictions that make up a man, including both his potential for glory and his appetite for destruction. Homer did not compose the Iliad as a warning against the sins of self-seeking and of bitterness: what solution could he possibly have offered, knowing nothing of the God of grace who alone can empower righteous conduct? No, Achilles exists so we can gaze in wonder at the glorious mess that is mankind, and feel in our own hearts a kinship with the plight of all men everywhere. There was no need for Homer to coerce his hearers into virtuous resolutions to go and be just like Achilles. The whole point of The Iliad is that you are just like Achilles, which is both the problem and the glorious beauty of the whole thing.

Ernest Hemingway and his contemporaries did for the twentieth century what Dante did for the fourteenth – and what Shakespeare did for the sixteenth, and what Homer did for the eighth century BC. He wrote from a different culture than they did, with different mores and different assumptions running behind his work, but he strove for the very same goal: to lay before his readers, in all its glory and tragedy, the crisis of the human soul as he saw it. He strove to speak for his place and time about the condition of man in all places and all times. In this way, the works of Hemingway (and Waugh, and Eliot, and Chesterton, and Fitzgerald, and Steinbeck, and Faulkner, and Solzhenitsyn, and Lewis, and Robinson, and dozens of others) are the Hamlets of their era, the Iliads of the twentieth century.

We ask too much of our literature. We demand that every story be a sermon, that every written thing speak as holy writ. Literature is not so. Written by fallen man for fallen men, the most it can ever do is “hold the mirror up to nature” and show us ourselves in the clear light of art.

Fortunately, this self-knowledge is the first step on the road to virtue. Where endless models for emulation will eventually create a self-righteous Pharisee, true depictions of human nature can make a humble, empathetic man. Twentieth-century literature may be thin on moralistic models for emulation (it was not a particularly moral time), but it teems with powerful depictions of the human situation that our students need to understand. They live in a world created by the twentieth century. They will hear Hemingway’s doubts, fears, and questions raised by their neighbors and friends, perhaps even echoing in their own hearts. They have been born into this age through the will of God, and this is the age they are called to serve.

Empathy for the plight of the world our students live in is the final result of a good education. And they must know the Great Books of their own time to attain it.

Many of these works will eventually pass the hundred-year test, of course, and become classics – but that will make no difference to our students, who will not live that long. Now is their chance. The Great Books of the twentieth century, as profound, insightful, and universal as they will ever be, sit waiting to be discovered.