A Walk through the Tabernacle 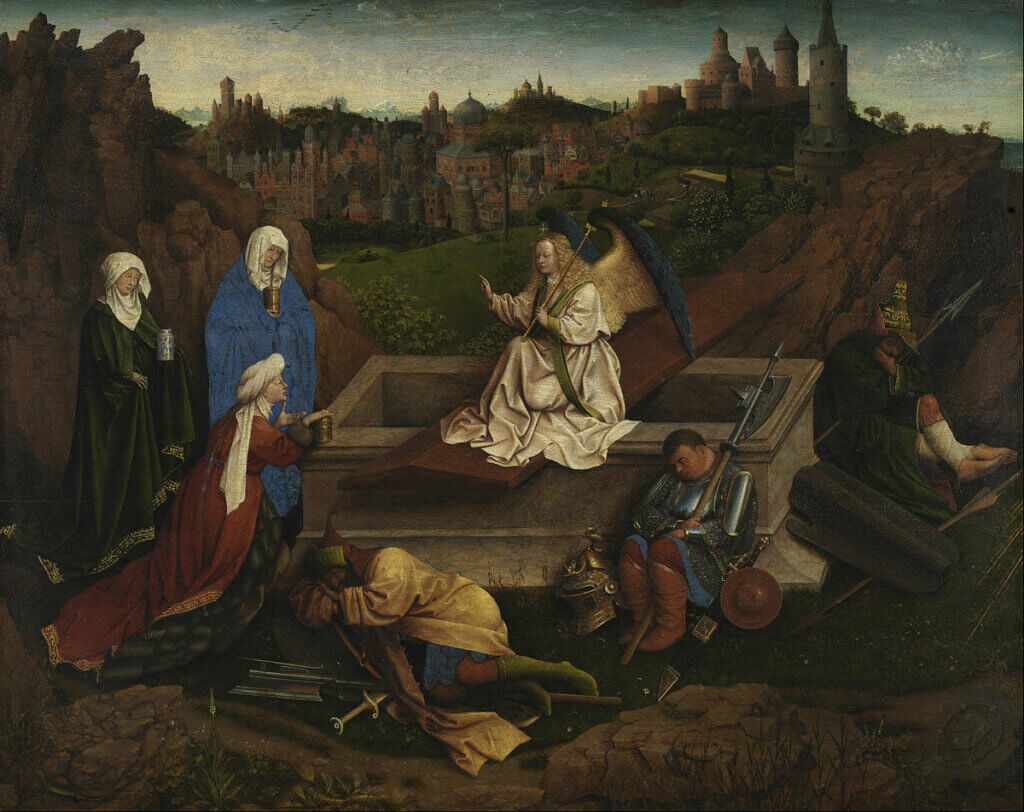 Peter Leithart’s survey of the Gospels, The Four, models what it means to read Scripture iconically – that is, paying attention to the images, connections, and echoes found throughout. In his chapter on St. John’s gospel, Leithart mentions, almost in passing, that one could view the book as a walk through the tabernacle. And upon close inspection, it seems clear that this is yet one more beautiful thread John weaves throughout his writing.

In the opening verses of the gospel, John speaks of Christ as the “Word.” “And the Word became flesh and dwelt among us, and we have seen his glory, glory as of the only Son from the Father, full of grace and truth” (1:14). The word “dwelt” is the word “tabernacled.” Christ was the tabernacle, the dwelling place of God with man (Revelation 21:3).

In chapters 2 through 5, there are several events connected by water. In chapter 2, Jesus turns water into wine at the wedding at Cana, notably using jars of water used for the “Jewish rites of purification” (2:6). In chapter 3, Jesus and his disciples meet John the Baptist while he is baptizing, and John the Baptist again testifies to Christ. In chapter 4, Jesus meets the woman at the well and tells her that He is the “living water” and that all who drink of Him will never thirst again. Finally, in chapter 5, Jesus heals a man who has been paralyzed and awaiting a miracle for 38 years. And Jesus heals him by the pool of Bethesda. After the altar of burnt offering was the laver or bronze basin, where Aaron and his sons would wash with water in preparation for offering the sacrifices.

Jesus is the Lamb of God, and He is the laver, but chapters 6 and 7 continue through the tabernacle as Jesus feeds the five thousand (plus women and children) who are gathered near the Sea of Galilee. He feeds them with five loaves and two fish, leaving twelve baskets of fragments remaining. Later in chapter 6, Jesus calls Himself the “bread from heaven,” the “bread of God,” and the “bread of life.” Jesus said, “I am the living bread that came down from heaven. If anyone eats of this bread, he will live forever. And the bread that I will give for the life of the world is my flesh” (6:51). Passing the laver or the bronze basin in the tabernacle, one leaves the outer courtyard and enters the Holy Place, and arrives at the Table of Shewbread (the Bread of Presence). Christ is that bread.

Given the laver is in the outer courtyard, one must pass its waters, before entering the Holy Place. And, only then can one arrive at the table of bread. This prefigures the sacraments of baptism and communion – one first passing through the waters of baptism before they can come to the table of bread. And Jesus makes this connection even clearer in John 6, declaring, “I am the bread of life; whoever comes to me shall not hunger, and whoever believes in me shall never thirst” (v. 35). Then, in verses 54-56, Jesus says, “Whoever feeds on my flesh and drinks my blood has eternal life, and I will raise him up on the last day. For my flesh is true food, and my blood is true drink. Whoever feeds on my flesh and drinks my blood abides in me, and I in him.”

In chapters 8 through 13, John emphasizes repeatedly that Christ is the light of the world – a title Jesus gives Himself in 8:12 and in 9:5, again in 11:9, and in 12:35. In chapter 13, Jesus speaks of being glorified by the Father, which is also connected to light throughout Scripture. In John’s walk through the tabernacle, he here brings the reader to Christ is the lampstand, the menorah. He is the light of the world.

In chapters 14 through 18, John arrives at the altar of incense, before which the priest stands to minister, immediately before the Holy of Holies. Over the course of these chapters, Jesus is shown to be the great High Priest. He says that He reveals the Father (14:6). In 14:16, Jesus promises that He will ask the Father to send the Helper, the Holy Spirit. And, in 14:27, Jesus says that He will give His people peace, just as the priest was commissioned to do in every benediction.

But Jesus as High Priest is perhaps clearest in chapter 17, where He prays to the Father, interceding on behalf of His disciples. He then does the same in chapter 18, protecting His disciples from being arrested by the guards with Judas. And then, in 18:12-14, Jesus is brought before Caiaphas the high priest – the true High Priest before the earthly high priest.

After the altar of incense comes the veil, which divides the Holy Place from the Holy of Holies. Only the High Priest could enter the Holy of Holies, and then only on the Day of Atonement. Leviticus specifies that, before the High Priest could go behind the veil, he had to first make atonement for himself, then he had to kill the sacrifices of the people, and bring the blood of the sacrifices into the Holiest Place to sprinkle on the Mercy Seat. He would step behind the veil and sprinkle the blood on the Mercy Seat between the cherubim that sat on either side. Remember that the sacrifice had to be without spot or blemish.

In John 18 and 19, Jesus is examined by Pilate and three separate times, says, “I find no guilt in him” (18:38, 19:4, 19:6) – exactly what was required of the sacrifice. Then, when Jesus was crucified, His garments were torn and the veil was torn from top to bottom. Additionally, when the soldiers came to break the legs of those who were crucified, one of them pierced Jesus’ side, and the blood sprinkled out.

But, on the third day (or the 8th day of the New Creation), the Lamb of God arose.

“But Mary stood weeping outside the tomb, and as she wept she stooped to look into the tomb. And she saw two angels in white, sitting where the body of Jesus had lain, one at the head and one at the feet” (John 20:11-12). The two angels on either side of the open tomb are the cherubim that stand upon the ark of the covenant, their wings touching over the Mercy Seat.

Peter entered the empty tomb first, though John reached it before him (20:4-6), for Jesus said that it would be upon Peter that He would build His Church (Matthew 16:16-19). Peter was the first to enter the tomb, for he was the new High Priest. It was Peter who preached at Pentecost, declaring the New Covenant to the people.

The sacrifice has been offered, the High Priest entered (followed by His successor), the blood was sprinkled, and the work finished and accepted by the Father. Christ is the tabernacle, and His empty tomb is the Holy of Holies.