The Value of Good Argument: A Response to Gibbs

Senior theses have merits, including research, which Gibbs did not recognize. 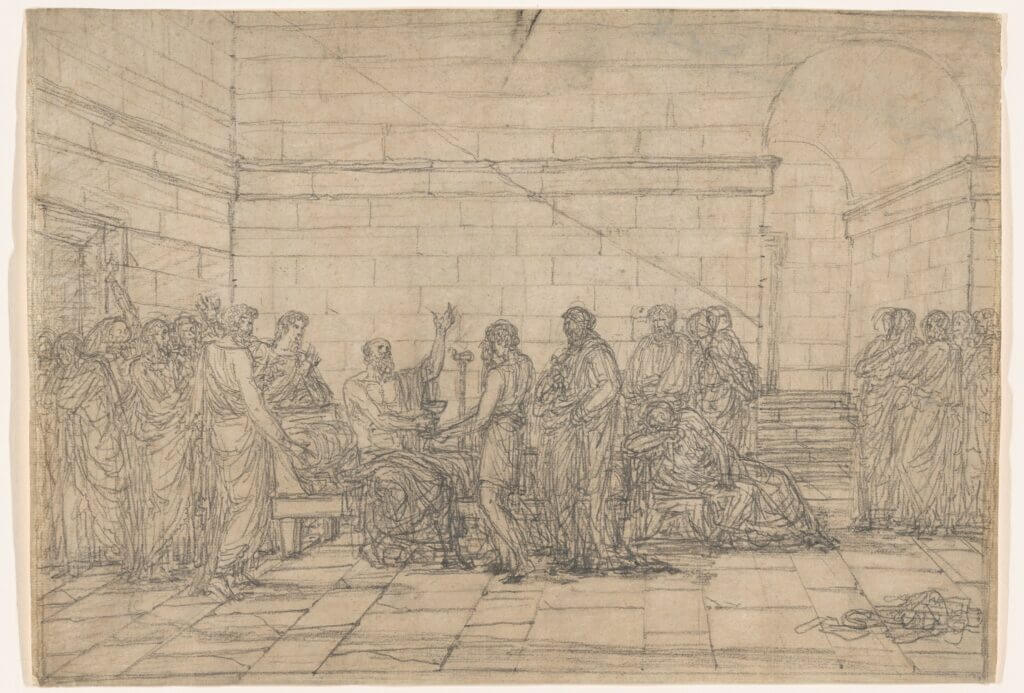 In June, Joshua Gibbs offered a critique of the typical classical school senior thesis program and proposed an alternative. It seems likely that his primary goal was not to advocate for the demise of senior thesis programs but rather to extol the value of the study and creation of proverbs, a proposition with which I have no quarrel. To the extent that he is seriously proposing proverbs replace senior theses, however, his article requires a response.

I presume that Mr. Gibbs is engaging in provocative hyperbole rather than serious advocacy because I respect both his intellect and his rhetorical skill which are at odds with his claims. Setting aside his implicit assertion that our students should study nothing outside of the canon and his casual rejection of the fourth canon of formal rhetoric—memory—I will focus instead on what I find to be the more serious flaws.

First, Mr. Gibbs bases his critique on a false assumption. As a senior thesis instructor, he must know that a senior thesis, properly constructed, is not primarily a research paper, although it will require research. A senior thesis is an argument. The skills necessary to compose a cogent argument are a major focus of a classical education. This is why our schools prioritize the study of logic and the avoidance of fallacies (such as false assumptions). Dorothy Sayers, in her address “The Lost Tools of Learning,” used the lack of sound argumentation as evidence for the need to rethink progressive education when she asked rhetorically, “Have you ever, in listening to a debate among adult and presumably reasonable people, been fretted by the extraordinary inability of the average debater to speak to the question, or to meet and refute the arguments of the speakers on the other side?”

I doubt any of my readers would find it difficult to accept a claim that the state of public discourse has not improved since Sayers’ speech in 1947; however, the following excerpt from a 2018 University of Chicago Writing Program publication entitled “The Problem of Argument” may serve to universalize our individual experiences: “That, then, is the threshold problem of an argument here on campus: what a student will present as a coherent, cogent argument can be judged by faculty as neither coherent nor cogent. But what is much more worrisome, it can be judged by faculty as not an argument at all.”

Second, Mr. Gibbs asserts that “outside of school, research papers don’t happen.” Beyond the objection, raised above, that a proper senior thesis is not a “research paper,” this assertion has two additional flaws. It ignores the fact that the vast majority of our graduates still have at least four years of school ahead during which writing and reading research papers will be a skill required of most of them. More significantly, his assertion is not true. Lots of professions require research and the reporting of the results of that research. There are the obvious ones, such as lawyers, journalists, and consultants of all types. There are those that we all hope are conducting research and reading those non-canonized research papers, such as our doctors, pharmaceutical developers, and the myriad advisors to our elected officials. Even the professions that Mr. Gibbs cites as those that do not do research papers, occasionally do. Take “cops” for example. A simple Google search reveals that many police departments have entire divisions dedicated to “planning and research.” There are also nonprofits such as The Police Foundation, which describes itself as “constantly engaged in a variety of research projects” and dedicated to “advancing policing through innovation and science.” The National Institute of Justice describes “using research to move policing forward” in an article written by Captain James Nolette (a “cop”).

Third, and most importantly, our students need to understand that their opinions are not valid simply because they hold them or even because their learned teachers or parents have espoused them. Whether or not their opinions comport with reality, whether or not they are true, matters a great deal. Whether or not our students can show others that their opinions are true matters almost as much. Sometimes (more often than most of our students realize) this actually requires facts. In this, I suspect that my view of the value of the senior thesis and Mr. Gibbs’ view of the value of proverbs begin to converge. We are both interested in students exploring the nature of things and, in so doing, developing humility. He resists the temptation to see oneself as “special.” I resist the temptation to see one’s opinions and prejudices as self-evidently in the right. He suggests that this can be accomplished by having students contemplate the great proverbs (a task I agree is worthy) and then creating their own based in part on their life experiences. I, however, believe that one of the goals of a classical education is to take young men and women out of their own limited life experiences and prejudices. In other words, I think our students need to realize that they simply do not know everything and they should do a little research before they presume to opine as if they do. Or, even more concisely, “Do you see a man wise in his own eyes? There is more hope for a fool than for him” (Prov. 26:12).

Mr. Gibbs’ proposed course on proverbs sounds interesting and valuable. I commend him for the suggestion. It does not, however, sound like a valid alternative to the senior thesis. At a minimum, I suggest Mr. Gibbs should be a little less cheerful when he contemplates students who have not had to “hunt anything down at the library.”

Leslie Moeller is the Head of the Upper School at the Covenant School in Charlottesville, Virginia, and the Chairman of the Board of the Society for Classical Learning.