Uprootedness in the Age of the Virtual Self 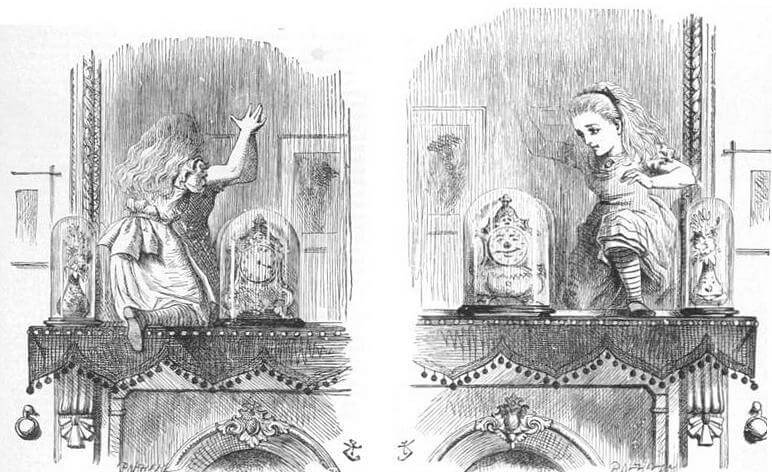 Shortly after I ventured into social media many years ago, I discovered this poem by Emily Dickinson:

How dreary – to be – Somebody!
How public – like a Frog –
To tell one’s name – the livelong June –
To an admiring Bog!

Its prophetic nature struck me: how evocative of the chit-chattering of Twitter, the constant streaming of Facebook’s news feed, and the persistent flow of images on Instagram. It made me chuckle—mostly at myself.

This poem, however, is no prophecy: it’s simply the reading of human nature. The desire for Somebody-ness is an urge so profound that it drives most of us to be seen, heard, recognized, and appreciated. It’s encapsulated by the age-old craving for fame . . . a striving to be affirmed, valued, and yes, beloved. And not only to be loved in the here and now, but to be cherished for eternity.

What Dickinson perceives, however, goes deeper. She sees that in our yearning to be Somebodies, we—as the song says—look for love in all the wrong places. Or, as Socrates suggests, we pursue evils, not because we know they are evil, but because we mistakenly perceive them to be goods. Our distorted vision and discernment impair us.

Often, we seek to be Somebodies by shouting our names brazenly into the universe, creating a cacophony of public declaration that, ironically, in the end drowns out our individualities. That Somebody-ness we claim through self-proclamations reduces us all to a repetitive droning in a great, noisy bog.

This is the dark implication of Dickinson’s little ditty: many are tempted to take almost any path that seems to allow transformation from Nobody-ness into Somebody-ness—even if it means self-annihilation, assimilation into a mass of sound and fury. Herein lies the cognitive dissonance that has rocked the universe from the instant Eve tasted the apple, to the time Achilles chose death over the banality of an ordinary life, to the moment when a person becomes addicted to posting selfie after selfie online. No one is, nor ever has been, immune.

Today we live in a world custom-made to serve this urge, teeming with platforms for endless self-assertion. It’s an inevitable outgrowth of technology. Neil Postman, who addresses issues of technological impact, touches on this:

“We are living at a time . . . when all the once regnant world systems that have sustained (also distorted) Western intellectual life, from theologies to ideologies, are taken to be in severe collapse. This leads to a mood of skepticism, an agnosticism of judgment, sometimes a world-weary nihilism in which even the most conventional minds begin to question both distinctions of value and the value of distinctions.” Into this void comes the Technolopoly story, with its emphasis on progress without limits, rights without responsibilities, and technology without cost. . . . It promises heaven on earth. . . . It casts aside all traditional narratives and symbols that suggest stability and orderliness . . . (Technolopoly: The Surrender of Culture to Technology)

There’s more to it than that, however. Recall a term that once seemed solely in the realm of science fiction: Virtual Reality. Well, it’s come of age. We’ve gone past self-assertion via self-proclamation and leapt headlong into digital self-creation.

Frequently these days, that which seems “real” is “out there”: it’s disembodied, external—outside our communities, our homes, and our lives—but it becomes pseudo-incarnate on screen each time we post an update or scroll our feeds. (Don’t miss the connotation of the word “feed”— what do we do to sustain our “real” selves? We eat; what do we do to sustain our “virtual” selves? We virtually eat.)

Since our relativistic culture rejects objective reality, many people today not only persistently self-proclaim but create their own realities by projecting themselves “out there” onto ubiquitous screens. Why? In order that they can feel “real,” achieving virtual self-hood, complete with avatars.

This has gone beyond the desire to develop from Nobody into Somebody; it’s become the desperate drive to affirm existence through digital media. We’ve become self-broadcasters in a way that heretofore would have been unimaginable, and the bog of Dickinson’s poem has become a vast, bottomless pit.

Many feel the need to broadcast continually because they constantly require virtual confirmation of existence. Although nurtured by it, this surpasses the dopamine rush garnered with each little “like.” Virtual Reality now often supplants the reality of the places in which we physically dwell. Existence has been inverted: life on the screen is perceived as more real than our daily lives; many sense they move in shadow lives as shadow selves. The real action takes place in thin black boxes carried everywhere. It hasn’t happened if we haven’t “posted” it; we aren’t real unless we “post” ourselves.

Pediatricians warned that on-screen violence was a problem because children couldn’t discern the difference between simulated violence and “real” violence, and that this engendered violent behavior. Today, people—especially the young—struggle to discern the difference between Virtual Reality and Reality, virtual selves and real selves. This engenders a disembodied existence, one untethered and unstable. Many have abandoned, often uneasily, real self-hood and now experience existence on-screen, “out there,” as broadcasted. They accept the illusory validation of Virtual Reality, and in so doing accept the uncomfortable ambiguity and heavy anxiety of such existence.

Many no longer grasp hope for the transformation of Nobody-ness into Somebody-ness because being a virtual Somebody is rooted in illusion; we all know this. Gut instinct warns us, and experience shows us, that the virtual self is always shape-shifting in the prevailing winds. When we lose our screens, don’t many panic? This is partly why: our fragile sense of existence has come to be rooted “out there”—in a place we neither truly understand nor truly enter. Yet, we find it challenging to resist the lure of “telling our names.”

This doesn’t happen consciously. But it’s happening all around us—a relentless psychological sleight-of-hand has taken life lived out in daily interactions, tasks, and contemplations and relegated it to psychical shadows. The consequences are dire, producing intense uprootedness because it doesn’t matter who you are, where you live, or what culture surrounds you: the fake reality of the illusion on screen—unless vigilantly guarded against—will supersede all as it gradually swallows you whole.

Two potent results of this uprootedness are apathy and anger. People either acquiesce in dispiritedness to the impossibility of ever truly being Somebodies, or they lash out in rage at the elusiveness of ever achieving it. Not only is the virtual self always subject to change, but should the internet go down, it will vanish instantaneously . . . for it always was even less than smoke.

We viscerally get this, and the experience of deep insecurity drives many to attack anything they sense threatens the reality they desire to broadcast. Hence, we see bastions of the centuries—moral as well as political—across many cultures now begin to fall against an onslaught of a radically disembodied understanding of What, of Who, is Real.

In The Need for Roots, Simone Weil writes, “Uprootedness is by far the most dangerous malady to which human societies are exposed, for it is a self-propagating one. For people who are really uprooted there remain only two possible sorts of behavior: either to fall into a spiritual lethargy resembling death . . . or to hurl themselves into some form of activity necessarily designed to uproot, often by the most violent methods, those who are not yet uprooted, or only partly so.”

Weil articulates what the internet infamously offers: depression, isolation, and outbursts of hostile aggression against any threat to self-asserted identity. It’s not that the internet offers nothing good. It’s that all it offers that’s good pales in comparison to a disjointed surreality assaulting human ontology. Rather than Reality permeating it, this aspect of it creeps—like the pernicious Upside Down of Stranger Things—into Reality. (Oh, how our contemporary mythologies are soaked through with this experience!)

It doesn’t go too far to say that the greatest task of education today is to equip and prepare human beings to live surrounded by this assault. Barring apocalyptic catastrophe, it’s the world we inhabit and in which our children and children’s children will dwell. And it’s classical education, in particular, that has both the vision and the means to achieve that goal.

How is it possible to remain rooted in a world of virtual self? Reject the mantra that to assert, proclaim, and broadcast one’s self is ever successful in the transformation from Nobody to Somebody. Embrace the classical notion that the only way to become Somebody is to transcend self—not by glorifying it and asserting it, but by leaving it behind. As C.S. Lewis wrote, “In reading great literature I become a thousand men and yet remain myself. Like the night sky in the Greek poem, I see with a myriad eyes, but it is still I who see. Here . . . I transcend myself; and am never more myself than when I do” (An Experiment in Criticism).

What Lewis expresses is rootedness. Today, classical education is—because it has its own roots deep in a proper human ontology—perhaps the only way to reach it. It’s in the retreat into Nobody-ness that becoming Somebody is possible. The virtual self is anathema to this, but classical education can bring healing to uprootedness.