Talking about the Capitol Riot: Another Perspective 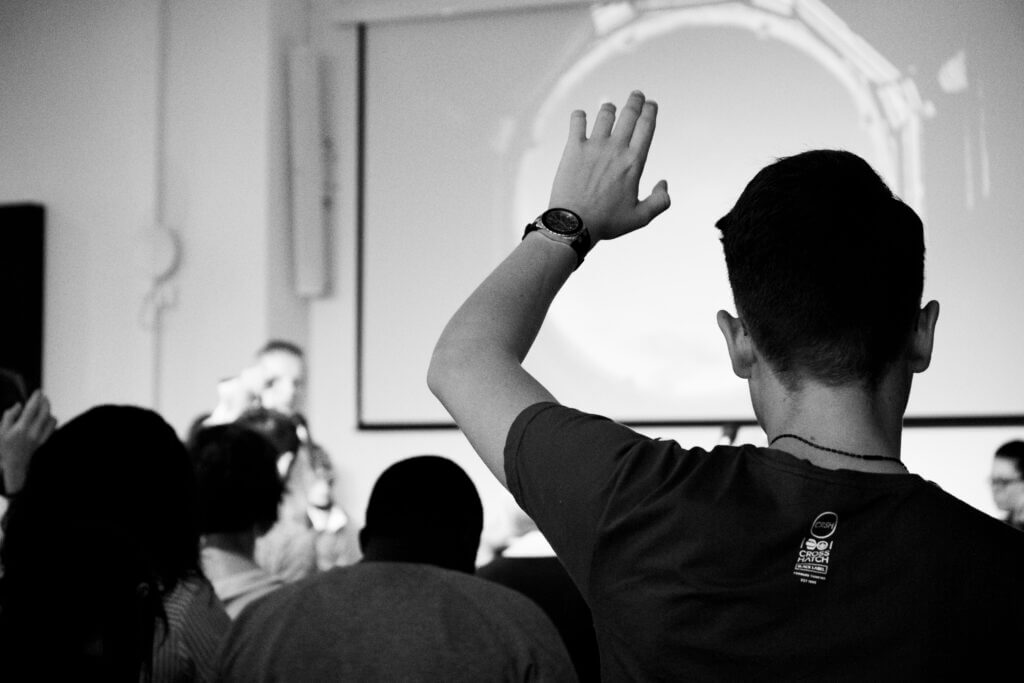 On January 8, Joshua Gibbs published a piece on this website titled “Can We Talk About What Happened In D.C. The Other Day?” What follows is a response to and critique of Mr. Gibbs’ post. I begin with a summary of his article.

Gibbs’ piece takes the form of a Socratic discussion between himself and a student. The student asks Mr. Gibbs if they could spend time in his humanities class discussing the January 6 riot at the U.S. Capitol. Mr. Gibbs answers, “No.” Pressing the issue, the student notes that Mr. Gibbs’ classroom is more refined than other contexts in which she could discuss what happened, and she hopes that Mr. Gibbs will facilitate a thoughtful discussion of the event. Mr. Gibbs ignores this request, saying, “One of the reasons my classroom feels dignified and weighty is that we don’t talk about recent events here. This classroom is set apart from the world and devoted to uncommon things, things that have stood the test of time, beautiful things, true things, virtue, holiness.” He adds that “it is far, far more important for you to think through the fourth canto of the Purgatorio deeply than it is for you to think through the news cycle deeply—at least at your age, but maybe at any age.”

His rationale? Students do not have the tools requisite to thinking well about the news cycle until they have “finished” studying Dante and Boethius. And if teachers took the time to discuss current events then they would never get around to reading the great texts. The student observes that some events are more important than others, and suggests that, given the importance of what happened, perhaps an exception could be made in this case. Gibbs acknowledges that some events are more important than others, but maintains that it is impossible for an “amateur historian” such as himself to know which events are important and which are not without substantial hindsight. Dante, by contrast, is definitely important. Gibbs rests his case with the claim that “you have to know a lot of interesting things that have nothing to do with current events in order to say anything interesting about current events.”

There are elements of the dialogue that any classical humanities teacher would agree with. However, when I read Gibbs’ dialogue shortly after it was published, certain aspects of it troubled me. Having read it several more times in the subsequent days, my initial unease has not abated, and that for the following reasons.

No classical educator would dispute the claim that a humanities course should prioritize reading and discussing classic works. But this does not mean that humanities teachers should refuse every discussion of recent events. If one goal of a classical education is for students to “Learn from the great thinkers who came before them and integrate timeless ideas with present reality” (as my school’s portrait of a graduate claims), then surely it is appropriate to spend some time in class modeling how students might do this.

After all, education is fundamentally an imitative task. Students learn by watching. This is true of a kindergartner learning how to form letters, and it is true of a high schooler learning how to apply ancient wisdom to current events. Thus, rather than Mr. Gibbs dismissing his student’s request by insisting that Dante is more important than current events, a better response would have been to engage her question by drawing upon Dante as an interlocutor.

It so happened that my sophomores were reading Beowulf when the Capitol riots took place. I cannot say that Beowulf would have been my preferred classic text for the occasion (Cicero, Augustine, or Boethius would have been more appropriate), but I nevertheless found that even the Old English epic had helpful things to teach us on January 7. Beowulf narrates the feats of a Viking warrior-hero who slays monsters and dragons. But the tale is not about killing monsters and dragons. The poet knows that the real monsters—those menacing forces of evil and chaos—dwell not in lairs and meres but in corrupt human hearts. Thus, Beowulf is about overcoming evil with good; it is about keeping chaos at bay and maintaining order. The poet wants us to think about what it means to be a hero and how to attain glory. Once students see these things, they are ready to consider how we might apply Beowulf to the events of January 6. All they need are some questions to guide them: What “monsters” were on display on January 6? What were their vices? What virtues would be essential in heroes who would combat those “monsters”? If Beowulf gets glory by slaying dragons for the good of others, what would constitute glorious leadership in America right now?

By declining his student’s request, Mr. Gibbs missed an opportunity to show his students (and then his readers) how Dante could help them process the events they had just witnessed. Ironically, in doing so he devalued Dante. For while Dante is worth reading for his own sake, what makes him great is the fact that his wisdom is timeless, and therefore still applicable.

Gibbs argues that even if some current events were important enough to merit discussion in a humanities classroom, it would be impossible for “amateur historians” to know which events are important and which are not. Since we know that Dante is important, we can be assured that discussing Dante is a good use of time.

Gibbs’ reasoning here begs the question. We can always raise the possibility that something more consequential will happen tomorrow, just as a young man may avoid asking out the woman he admires because of the possibility that he may soon meet someone even better. The fact is, we did know on January 6 that the Capitol riot was important, even if something more consequential might have happened the next day. Gibbs’ logic carries the Hegelian assumption that an event’s importance is determined solely by what comes out of it. In reality, a thing’s effects are not the only gauge of its importance. A thing may also be important intrinsically or on the basis of its causes. For an example of the latter, consider the coronation of Charlemagne by Pope Leo III on December 25, 800. Historian Mark Noll writes of this event that “If the events on Christmas Day in the year 800 had not happened, much the same results would probably have marked the development of Christianity in the Middle Ages. At the same time, however, the event was a dramatic symbol of relationships undergoing permanent change” (Turning Points, 3rd ed., 101). In other words, Charlemagne’s coronation was important not so much because of its effects as because of its causes. Similarly, whatever effects may result from the Capitol riot, we already know that it is important because of what caused it. It is not necessary to discuss those causes here. Suffice it to say that the Capitol riot will at least be remembered as a shocking sign of the times.

3. A Concluding Point about the Nature of Students and the Classroom

Our calling as humanities teachers is to shepherd young souls. We do so primarily by leading them to the rich pastures of the Great Tradition. No one does this better than Mr. Gibbs, who rightly insists that the best thing for young hearts is to resist the pull of what is current by casting their gaze onto “things that have stood the test of time, beautiful things, true things, virtue, holiness.” But while we steep our students in the past, we cannot expect them to tune out the world they inhabit altogether. The humanities classroom is, in some ways, “set apart,” but it is not an island cut off from the world. Our students cannot check their cares at the door. And just as a body can sometimes be too weak for solid food, so the mind can sometimes be too preoccupied with jarring news to contemplate Dante. In such cases, it seems to me that rather than telling a student that it is impossible for her to have any interesting thoughts about current events until she has “finished” studying Dante—a point which strikes me as rather pompous and unlikely to be received well by most teenagers (or anyone else)—it would be better to remind her that, even amid the chaos in Washington, even if riots continue, even if the government implodes, in all circumstances—yesterday, today, and tomorrow—Christ is King, her citizenship is in heaven, and it is from there that we await a Savior. Once she has settled on those things, whether it takes a few minutes or an hour, then she will be ready for Dante.

Dr. Jonathon Wylie teaches upper school humanities and theology at Covenant School in Huntington, WV and serves as a priest in the Anglican Church in North America. He holds a Ph.D. in Hebrew Bible from the University of Wisconsin–Madison and a B.A. in Ancient Languages and Biblical Archaeology from Wheaton College.