How a Rennaissance Myth Calls Us to a Higher Vision 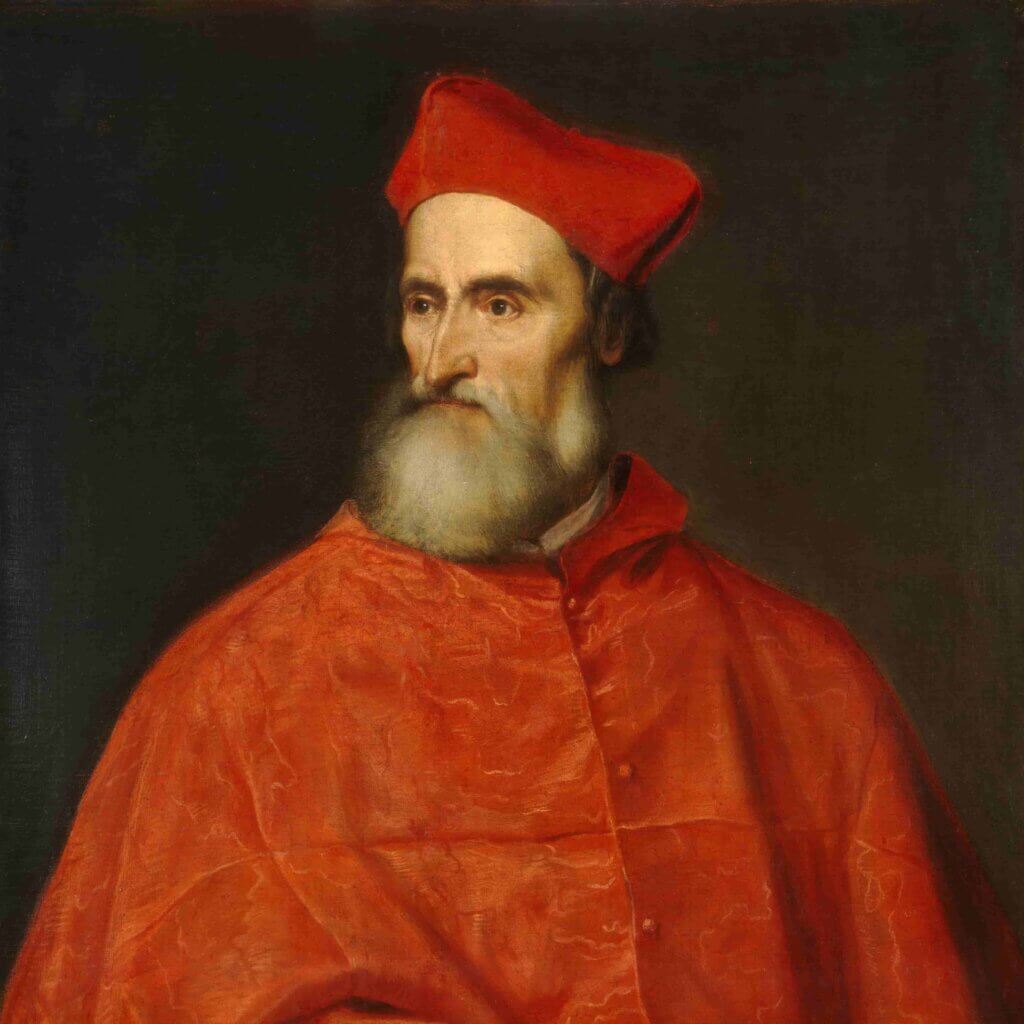 In his literary masterpiece Gli Asolani, Renaissance writer Pietro Bembo awakens and ennobles the moral imagination with the myth of the Queen of the Fortunate Isles. In this myth—which, in the narrative is told by a wise old man to the impressionable young man, Lavinello—the Queen of “surpassing beauty” tests the affections of men and rewards them in accordance with their love. Bembo’s myth invites us into a beautiful romance and demands that we examine ourselves, reorder our loves, and seek better dreams for our lives.

The myth of the Queen begins when she summons the men of the kingdom to herself, one by one; she touches each of them with a wand, and sends them off. As soon as they leave her presence, they fall asleep and begin to dream. Some of the men dream of hunting, fishing, and wild beasts, others dream of trade and the governance of family and community, and still others dream of her. The Queen awakens the men and summons them once more. Those who dreamt of the bestial life, she drives out to live among the beasts. Those who dreamt of mundane and ordinary servility are appointed to an eternity of servile work. But those who dreamt of the Queen are invited to perpetual feasting and merrymaking and “rounds of endless pleasure” in her presence, with each man’s enjoyment commensurate with the degree of their affection toward her.

In Bembo’s view, our lives on earth are analogous to the sleeping dreamers in this myth. He writes, “this life of ours is even a kind of sleep” and we ought in this sleep to “strive to find, not the mere likeness of food or these vain and shadowy delights, but food itself and firm and pure contentment” which nourishes us even while we are still asleep. Being thus fed, not on shadowy and transitory sensual delights but rather on the True, Good, and Beautiful, when we are awakened, “we may give pleasure to the Queen of the Fortunate Isles.”

It is tempting to immediately see ourselves in this myth as the virtuous dreamer who eschews the bestial or servile life in favor of a contemplative life which fixes its vision on the Queen. Such haste is dangerous, however. We must not forget that we share the same human nature as Odysseus and his men: we are susceptible to the seduction of Calypso and the enchanting draft of Circe which can bind us to our own passions and enslave us to our appetites: “through my fault, through my fault, through my most grievous fault” is our confession today and everyday.

But perhaps we have aged and matured enough that we most often subordinate our passions and appetites to our reason as a matter of habit. Still, we ought not pride ourselves into thinking that, having escaped the bestial life, we are necessarily virtuous. In Gli Asolani the character of the wise old man tells Lavinello that his love is not virtuous. The wise sage says that, though your love is “not evil like those which are mingled with bestial desires, still it falls short of virtue because it does not draw you toward an immortal object…”

But perhaps the critic responds, ”is it not enough to simply not be evil, why must we burdened with a quest for sainthood?” The wise man goes on to tell Lavinello that, in his current state, he is held “midway between the extremes of desire where it is not safe to remain, for on a slope it is easier to slide into the depths than to clamber to the summit.” Bembo thus argues that we would do well to continue our ascent and not to tarry on slopes which opens ourselves to enticing snares in hidden caves or the beckoning laughter of those who, having given up on sainthood, gleefully descend back into depravity.

Lavinello is thus like me, and I suspect also like you: he is incontinent. He is not fully committed to the right sort of dream, and is rather prone to distraction, much like Aeneas is distracted by his dalliance with Dido. And lest we forget, though Aeneas does indeed eventually go Rome-ward, his incontinent actions precipitate the tragic demise of Dido. Perhaps you and I and Lavinello are not bestial, but our incontinence has serious consequences both for ourselves and for those with whom we are in relationship.

Bembo’s myth should lead us to ask ourselves “how ought I to live?” In answer to this essential question, Bembo says that we must “seek some better dream” than what is ours now. We must not satisfy ourselves with empty venery when we are called to noble veneration. We must not be distracted by daily dalliances with fleeting shadows or earthly thoughts. We must not fix our eyes so much on the city of man that we do not see that all around and within this city is the eternal city of God. No, we must seek better dreams. We must dedicate ourselves to the dream which is contemplation, which fixes our eyes on the Queen of the Fortunate Isles.

Ours is an inheritance of festivity, the future hope of everlasting bliss, an existing in and delighting in the beatific vision of God. This hope, which is our glorious telos, is too great a dream for us to let it be usurped by lesser myths. Rather, having had our moral imagination stirred by the beautiful and romantic myth of Bembo, let us now endeavor to seek better dreams so that our affection may be drawn ever upwards toward that Beauty so ancient and so new wherein we find our eternal joy and rest.

Anthony Barr, a homeschool graduate, is a student in the Templeton Honors College where he studies European History and Literature. He has written for Ethika Politika as well as Adorans - an undergraduate academic journal.