Satan Is Just Like Me: On Milton, Sympathy, and Protagonists

Classic literature gives readers a glimpse of their own human condition, and then offers them the comfort of fellowship 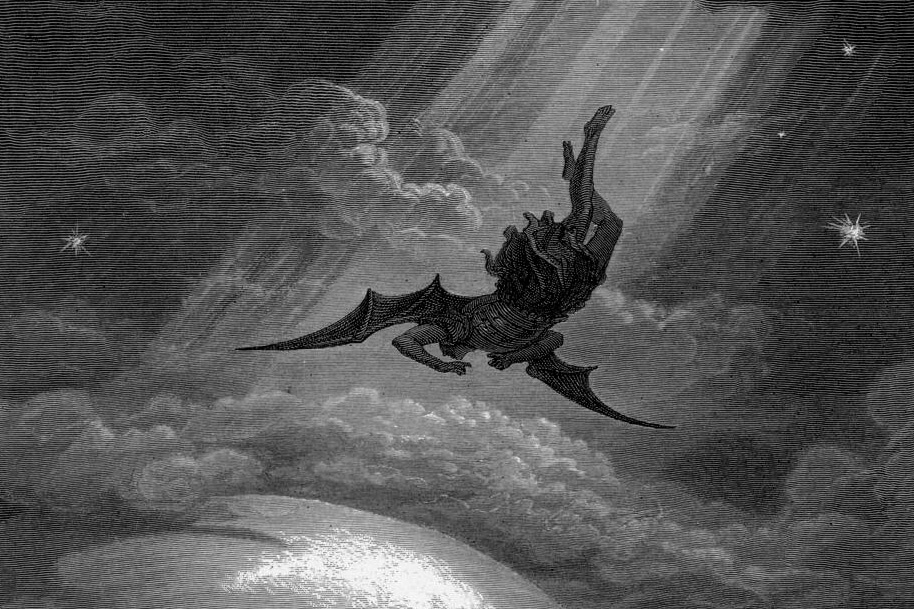 Here at Center for Lit, we regularly ask students in our online Lit classes the question, “Who is the protagonist of this story?” Although the answer is often obvious, a discussion of this question almost always helps students relate to the author’s themes more profoundly.

Last week’s class on Paradise Lost was no exception. John Milton’s 17th century epic tells the story of the fall of man and features an unlikely protagonist whom most students overlook at first. This class was not full of “most students,” however. They spotted the protagonist of Paradise Lost right away: Satan, lord of the fallen angels and chief rebel against the God of heaven.

I was a little taken aback at how quickly some of the kids noticed Satan’s “protagonistic” qualities. Sure, the protagonist is the character whose goals and desires make up the main subject matter of the story, and Satan’s plan to disturb creation occupies the entire first half of Paradise Lost. But isn’t the protagonist also supposed to be the “good guy,” for whom the reader roots? Surely Satan fails this test, at least among good Christian boys and girls?

I asked one student why she chose Satan so quickly and was moved by her profound answer: “He’s compelling,” she said. “He’s just like me.”

Out of the mouths of babes and infants. I don’t know how she knew to say that. It was wise beyond her years, but she was exactly right.

Before I explain, let me offer a caveat. There are two ways to articulate a reader’s connection with this character, and I think it makes a difference which one you choose. The first way is to say, “I’m just like Satan.” This is somewhat imprecise, and suggests a reading of Paradise Lost that has been informed by Biblical accounts of Satan’s character. Readers who put the relationship this way tend to confuse Paradise Lost with the Scriptures. “I’m just like Satan” sounds like a negative self-assessment based on Christian ethics, a statement of one’s own character flaws. While this assessment may be accurate (God forbid), it is not first and foremost a literary observation about Milton, but a moral observation about oneself.

If, however, you say it the way my student said it, “Milton’s Satan is just like me,” you make a powerful literary observation about the poem, and it begins to do its intended work.

The thing about Satan in Paradise Lost is that he lives in a world of suffering, and he feels pain very keenly. On the one hand, he has brought much suffering upon himself, which fact makes it even more painful. On the other hand, however, he is powerless to control it. Satan’s situation is, therefore, hopeless because he is not big enough, strong enough, or smart enough to control his future and alleviate his pain. He cannot work all things together to effect his own master plan or to control his fate; his finitude prevents it. More than that, he does not know enough to desire the master plan that is being effected in spite of him. He has crooked desires, you might say, to go with his weak hands. He’s doomed, and he knows it.

This is what my students noticed right away: not Satan’s comic-book-style evil, which anyone can see, but the desperate futility of his lot as a creature and the frustration that it causes. “Misery!” he cries. “Which way shall I fly infinite wrath and infinite despair? Which way I fly is Hell; myself am Hell” (4.75). Frustration and anxiety, more than diabolical intent, are Satan’s main characteristics.

My students noticed something else in Satan, as well: a deep desire for peace, and a longing for Divine favor. When Satan first enters Eden and beholds Adam and Eve, his longing is palpable. He cannot deny it; he can only rage against it.

O, then, at last relent! Is there no place
Left for repentance, none for pardon left?
… Ay me! They little know
How dearly I abide that boast so vain,
Under what torments inwardly I groan. (4.79-88)

On the one hand, Satan struggles with a world of pain that he cannot control; on the other, he longs for peace from an estranged God. Can a more essentially human situation even be imagined? Who can fail to relate to this?

Through unforgettable characters like Milton’s Satan, classic literature gives readers a glimpse of their own human condition, and then offers them the comfort of fellowship. Such characters remind us that the human family has more similarities than differences: made of dust, we have frailty in common. If you can identify in this way with a protagonist, you can find fellowship with every other reader in the world on the only common ground that exists—the ground we walk on daily with our feet of clay.

To my students, who beat me to the punch on this story and found that common ground on their very first try: well done indeed! The classics are safe with you – and the rest of our civilization is in good hands as well.