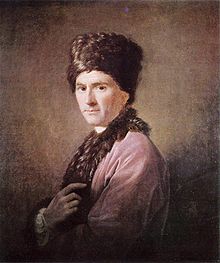 Few men have exerted the far-reaching influence of Jean-Jacques Rousseau.

In the eighteenth century, a time when the influence of writers dominated, Rousseau was most influential. From educational and parenting theory and moral relativism to the political theories of Marx, the rise of totalitarianism, and revolutions from France to Russia, almost every ill of the modern age can trace its philosophical and spiritual roots to the writings and life of Jean-Jacques Rousseau. How’s that for a legacy?

Born in Geneva, Rousseau’s early life was characterized by abandonment, sexual perversity, exhibitionism, self-pity, and an insatiable vanity. He was desperate for fame and believed himself set apart from other men. He moved to Paris and associated with such Enlightenment powerhouses as Voltaire and Diderot. After many false starts, Rousseau’s chance for notoriety finally arrived in 1749 when, at the age of 37, he learned of a contest sponsored by the Academy of Dijon. The Academy would award a prize for the best essay on this topic: “Has the restoration of the sciences and arts contributed to corrupt or to purify the morals?” Consider the year 1749. This is the Enlightenment, the Age of Reason. The Academy chose a topic to allow writers to glory in the great advancement in civilization since man threw off the shackles of religion and embraced unaided Reason. This was an opportunity for self-congratulatory prose. So Rousseau, a master self-promoter, decided to argue the opposite so as to stand out.[1]

He attempted to demonstrate “that man is by nature good, and that only our institutions have made him bad!”

Rousseau won first prize and achieved overnight fame. In one essay, Rousseau destroyed 2,500 years of classical and Christian thought about the nature of man, and the world is still suffering. The implications of the rejection of original sin are vast.

Richard Weaver, in Ideas Have Consequences, argues that the Enlightenment thinkers “assiduously cut the mooring strings to reality as they succumbed to the delusion that man is by nature good.” And of course, one can only reject reality for so long before everything falls apart.

But for the purposes of this article, let us briefly examine Rousseau’s thought on children: as students, as the responsibility of the State, and as teenagers immersed in the modern youth culture.

Rousseau believed that advancements in learning have corrupted mankind and that the pursuit of knowledge destroyed man’s paradise of innocence. He even argued at one point that libraries and universities should be burned down. It is no small irony then that Rousseau is the father of modern educational theory.

Or, perhaps it is not ironic at all. At the heart of modern educational theory is Rousseau’s insistence that man is naturally good and that institutions corrupt. Schools are institutions, and teachers, as representatives of the institution, are corrupting forces as well. Education therefore is no attempt at repairing the ruins, as Milton described. Teachers are not cultivating the divine image in children and aiding them in overcoming the effects of the Fall, but rather teachers need to stand back and allow children to develop naturally and learn according to their natural bent, which is good all by itself.[2]

In this perspective the teacher’s job is to create an appropriate atmosphere in which learning can take place. Environment becomes paramount. Educators throw around jargon and buzzwords like “making my class a safe place.” But what does it mean to make a class a safe place for learning? It usually means removing all standards. For Rousseau, evil entered the world the moment that one man looked at another man and compared himself. He believed competition to be the root of all evil.

And so the modern classroom, showing due deference to its father, removes all indicators of competition.

Even some Christian schools, rather than delighting in excellence, God-given differences of ability, and hard work, refuse to give public praise in the form of academic awards. And the most radical schools reject grades all together. It is more than simple concern that a bad grade might discourage a child. According to Rousseau, children are born with an innate sense of community. The children in the classroom will love each other and support one another as long as the teacher can prevent competition from destroying this natural communal sense. Furthermore, competition encourages all of man’s most evil traits.

Very closely related to Rousseau’s thoughts on education is his belief that children are primarily the responsibility of the State. He developed this idea in 1753 when the Dijon Academy sponsored yet another contest, this time addressing the question “What is the origin of inequality among men, and is it authorized by natural law?” All inequalities are unnatural and occurred when man left a state of nature, Rousseau posited. Everything went wrong when man began to compare himself to others. Rousseau argued that the State should finance a national system of education to create a new brotherhood. [3] Education would be the great corrective to all inequalities and would be the key to social and moral improvement. Therefore, education is the concern of the State, not individual parents.

This is certainly the prevailing view of our time and continues to be a battle for those involved in private education and home schooling. Of course, a rather obvious contradiction stands out here. Rousseau argues that the State will save man (through education and the removal of private property), yet the State is made up of institutions—which by definition will corrupt, not purify. Indeed, Rousseau was a most contradictory writer, which should not surprise us since Rousseau also believed that man needed not just Reason but should embrace irrationality. There is no law of non-contradiction in an irrational universe. And so Rousseau never appeared the least disturbed with his many contradictions, nor did he ever attempt to reconcile them. Nor were Rousseau’s ideas about the salvific nature of the State born out of some lofty ideal.

Rousseau demanded that his mistress abandon all 5 of their children. Orphanages at that time were just as horrible as we imagine them to be, and it is highly unlikely that any of the children lived very long after their abandonment. To assuage his own guilt (especially since he too was an abandoned child), Rousseau boldly proclaimed that he abandoned his children for their own good. The State is the superior parent, he wrote. “I could have wished and still do wish that I had been brought up and nurtured as they have been…If only I could have had the same good fortune.” This absurd justification of his own abdication helped usher in an age of totalitarianism which agreed that people “should consider themselves only in their relationship to the Body of the State.” But even as he was becoming more and more of a statist, Rousseau continued to be fascinated with the idea of “natural man”, and he and his friends, in an attempt to live out their ideas, began to ostentatiously reject social norms. As a result, Rousseau is one of the great influences on the modern Culture of Cool. His group intentionally dressed in ways that reflected barbarism and savagery.

Rousseau wrote, “I began my reformation with my dress. I gave up gold lace and white stockings….” He called it a simpler style (meaning uncivilized). He and his friends wore tribal beads and native pagan artifacts. They marked themselves with tribal markings, sometimes scarring themselves. They dressed all in black, put on affected mannerisms, and wore their hair in an unruly manner, meticulously styling their hair in ways that would shock and horrify onlookers. They redefined art as that which is offensive, horrifying, and confusing, and they created an idea of the artist as one who is detached and above the ordinary. As George Grant says, “In other words, they invented rock and roll.”

Thus the many Goth kids dressed in black, trying to shock us with their authenticity are expressing themselves in exactly the way Rousseau taught them to. As we consider the question What is Man? we must wrestle with the answers that Rousseau gave. He gave all the wrong answers, but nonetheless, his is the voice we hear echoed in the culture of our day. From the classroom to the capital to the mall, Rousseau’s fingerprint is everywhere.

[1] Rousseau is the first historical revisionist, especially when it comes to recounting his own life. As a result, the reliability of this account is highly questionable. Diderot claimed that he gave Rousseau the idea for the essay. [2] Paul Johnson points out, “There is no evidence whatever that he studied children to verify his theories” (Intellectuals, 21). I find this remark amusing because anytime I hear of someone who believes that children are naturally good, I wonder if the person has ever actually met a child. [3] Rousseau’s argument that private property in particular is the root of all economic, political, and social inequality and most of the evils of the modern world had a profound influence on Karl Marx.