The Restoration of a Thinking Polis Has But One Solution: Classical Education, Part Two 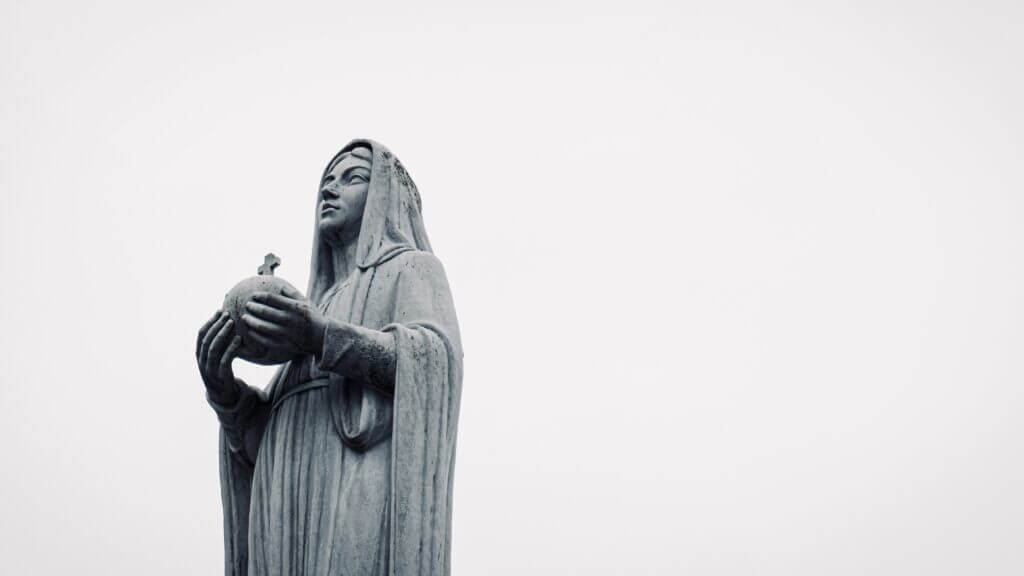 We do not need an innovation to solve the complex problems of modern society. We simply need to, like the Prodigal Son, turn around and head home. In fact, as I have written previously, we need “a return to permanence, a fixedness on objective reality, and the formation of citizens who seek to conform their souls to that objective reality.” The Fall of Man was an innovation. The Fall was a new way, “to be like God, knowing good and evil.” The Fall was a rejection of the old way, an obedience to the hierarchy of essences in objectivity: man as image bearer reflecting God, not being God. The modern West has devolved into a new paganism. As philosopher Peter Kreeft writes, “many gods, many goods, many moralities. No one believes in Zeus and Apollo and Neptune any more… But moral relativism is the equivalent of the old polytheism. Each of us has become a god or goddess, a giver of law rather than receiver.” Modern classical education too often downplays this centuries long amoral and anti-spiritual revolt. Instead, prospective parents are told that classical education is a pedagogical distinction. They are told that we teach Latin and Logic. The classical school focuses on dialogue rather than lecture. Classically educated students do better on standardized tests and are more successful in college.

We market ourselves, often, from the playbook of “the conditioners” condemned by Lewis in The Abolition of Man. We often disregard a “Lewisian” view of a classical education as the formation of souls through just sentiment and rightly ordered loves because we must maintain a certain level of marketability. However, being driven by commerce and market communicates a hierarchy of value. We say, “sure, Lewis’ points are valid, but the bottom line is of more importance.” So, we give the consumer what he most desires: getting his child into an elite university with a large sum of scholarship dollars so she can become a CEO. This compromise with the conditioners (we will cede to you your societally conditioned ‘first things,’ but let us at least teach them Logic and have them read Homer), is doomed from the start. Thus, the tension so often felt between classical schools and families. “Why does my child have to learn a dead language?” “Why does my child have to adhere to an archaic dress code? That’s not how the real world works!”

C.S. Lewis describes well the destructive conclusions of “the conditioners” in the modern educational industrial complex in The Abolition of Man (explained in part one). A series of essays might be the proper medium for the articulation of a problem; These essays can even begin to describe solutions. However, the modern West has been told a false narrative for decades and the whole of our being is shaped by that story. We do not need to compromise within the confines of this poorly constructed metanarrative. We need to tell the powerful story of a different metanarrative, the true, good, and beautiful metanarrative. The spell woven by the conditioners is strong, but not as strong as “Christ has died, Christ is risen, Christ will come again.” As Lewis wrote in The Weight of Glory:

“Do you think I am trying to weave a spell? Perhaps I am; but remember your fairy tales. Spells are used for breaking enchantments as well as for inducing them. And you and I have need of the strongest spell that can be found to wake us from the evil enchantment of worldliness which has been laid upon us for nearly a hundred years. Almost our whole education has been directed to silencing this shy, persistent, inner voice; almost all our modem philosophies have been devised to convince us that the good of man is to be found on this earth.”

A common reply is, “but, we do need to be practical.” Then, we should ask the most practical question ever uttered, “what does it profit a man to gain the whole world and forfeit his soul?” We will then find to give up one’s soul the least practical thing a man can do. The new paganism is a powerful corrupter of souls; it has convinced modern man, like Adam, that he can be like God. Classical schools should not succumb to this power, nor flirt with its premises. Rather, let us wrestle against it until the dying breath. As we wrestle, let us remember that, “we do not wrestle against flesh and blood, but against the rulers, against the authorities, against the cosmic powers over this present darkness, against the spiritual forces of evil in the heavenly places.” When a prospective parent asks, “why should I send my child to a classical school” let us respond, “for the goodness of her soul.”

So, what steps might we take to promote a Lewisian model (or more accurately an Augustinian, Boethian, Aristotelian model, lest we give Mr. Lewis too much credit) of the classical school and not promote the innovators model with stolen Lewisian language? We must focus on first things. Logic is wonderful, Latin is grand, we do believe in the importance of dialogue, and our students do objectively outperform others on standardized tests. However, none of that is the point. They might be byproducts, they may be rungs on a ladder, but they are not the goal. The three foci of the rightly ordered classical school are Heaven, virtue, and joy.

Firstly, Heaven is the goal. N.T. Wright tells us that Heaven, being transcendent, is both a present reality and a future hope, just as beauty is an objective universal, yet it exists in and through particulars. The innovators tell us that there is no Heaven, and earth must be made into heaven in order to satisfy that persistent longing. Once again, the innovators are wrong. Heaven, as Lewis writes in The Great Divorce, “once attained, will work backwards and turn even that agony into a glory” and “the Blessed will say ‘We have never lived anywhere except in Heaven.’” We are called to form souls through education by consistently inviting them into Heaven and communion with the “I Am.”

How do we form souls? By pointing them to objective realities over and again. As the priest from the 1993 movie Rudy says, “Son, in thirty-five years of religious study, I’ve come up with only two hard, incontrovertible facts; there is a God, and, I’m not Him.” There is objective Truth, Goodness, and Beauty. These objectivities have been revealed to us, not created by us. We teach in order to call our students to Heaven through the study of literature, math, science, and the like because each is held together by the Logos. Christ is the Logos and each shadow of the Logos in study points us to Christ and our Heavenly home. N.T. Wright adds, “The future goal is the thing which produces character in the present.”

What of this character in the present? If Heaven is the goal, virtue is the path. The fork in the road on which we diverged long ago has thrown us from this path. What does the Innovators way dictate to us? For a century, we have been told that our primary concern for our children should be their happiness; for the Innovator, a happy worker is an efficient worker. However, if we strive for Heaven, happiness fails to serve us. As N.T. Wright puts it in After You Believe, “Forget happiness. You were called to a throne. How will you prepare for it? That is the question of virtue, Christian style.” We must call our children and students to virtue. The habit formation of virtue allows us to make heavenly-aimed choices. We do not teach children to seek happiness through selfish ambition and success, rather, we call them to be good, as God created them, and virtue and goodness are the vestments of a citizen of Heaven.

Lastly, joy is the reward. While our focus on student’s happiness increases, their depression and anxiety also rises. Happiness is fragile and momentary because we were never created to be happy, but joyous. The transcendent disposition of joy speaks to the objectivity of Heaven. The temporal emotion of happiness never satisfies the longing for joy. We must stop emphasizing happiness, for ourselves and our children. Heaven does not promise happiness, but joy. Instead, let us be sure to point our students to the goal of Heaven, by way of the path of virtue, and invite them to their reward: joy.

Classical schools do not exist simply to correct a pedagogical error. Rather, we seek to rebuild what has been torn down over these past centuries by the Innovators. So, how can we restore a thinking polis? By classically educating. What does it mean to classically educate? Well, in this answer lies the irony of the article. Restoring thinking has little to do with right thought, and much to do with rightly ordered loves, for one attains just thought only through just sentiment. A man cannot think his way into Heaven; He must love his way into Heaven. Perhaps we ought to set aside the platitude that, “we do not teach kids what to think, but how to think.” Let us, instead, say, “we teach kids what and how to love.” A Lewisian classical school mirrors the flourishing life. It seeks Heaven by way of virtue and finds joy as the reward.

James Ranieri serves as the Director of Discipleship in addition to teaching Apologetics, Logic, and electives such as “The Literature of C.S. Lewis and J.R.R. Tolkien” at Trinity Academy in Raleigh, NC. He lives in Raleigh with his wife Meghan, a high school literature teacher at Trinity Academy, their three children, and their dog, Argos.