“The Readiness is All” – Hamlet and Viruses 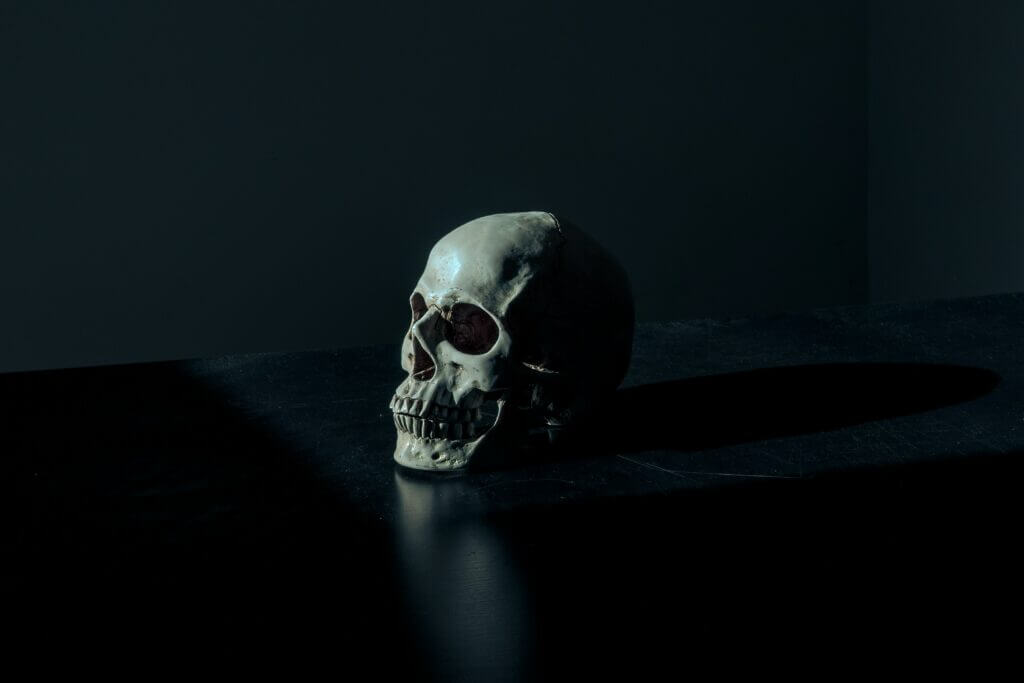 Hamlet is a play that ponders, among other things, the human urge to direct. In the context of a play, a director has the power to lead and guide the actors to fulfill his vision. A play within the play, commissioned by the Danish Prince, is a central catalyst of the plot (“The play’s the thing/Wherein I’ll catch the conscience of the king”). Many of the characters also embody the act of directing in the ways they attempt to instruct and control others: the ghost directs Hamlet; Hamlet directs his actors; Polonius gives instruction to whomever will listen; Claudius attempts to manipulate by directing Polonius, Ophelia, Laertes, etc.

This urge to be in charge, to control and direct others, is not relegated to professional directors. We all want to be in charge in some way; we have ideas of how things ought to be. We in the modern world, with our technological advances and first-world comforts, assume that we ought to be able to make a thing so because, according to our vision of the world, it ought to be. This can lead to extraordinary efforts to fight poverty or injustice, but it can also blind us to our own limitations. There’s nothing like a global pandemic to make us feel like the universe has stopped listening to our directions.

One of the most vivid images from Hamlet is the titular character holding aloft a human skull. I might call that creepy, but for someone who’s slightly obsessed with British crime drama, it’s not so much (people in Oxford, apparently, are tripping over the things all the time). For all our love of bodies in libraries (surely I’m not the only one watching all these shows), we have gotten pretty good at avoiding the contemplation of death. On screen, remains are unearthed, detectives are clever, and it’s a pleasant way to spend an evening. In real life, any hint of our own or others’ mortality is carefully scrubbed away. We can avoid pain in a myriad ways – physically, mentally, psychologically. A recent visit to a doctor’s office found me stuck with daytime TV in the waiting room; almost every other commercial was for medication for my arthritis, arrhythmia, or anxiety. Westley was right: life is pain – anyone who says differently is selling something. When we bury our dead, it’s in cemetaries far removed from the family plots or churchyards where we might be reminded on a daily or weekly basis of our own journey’s inevitable end.

In the ghost story that is Hamlet, the spectre of death haunts Hamlet from the start, when his father’s ghost appears to him with a directive to avenge his murder. While this ghost “harrows” his friend Horatio “with fear and wonder,” the memory of her dead husband causes Hamlet’s mother Gertrude to say, “Thou know’st ‘tis common. All that lives must die,/Passing through nature to eternity.” And when Gertrude’s new husband, (spoiler alert) the dead man’s murderer, monologues about nature’s common theme of the “death of fathers,” the reader understands that neither one feels the reality of death the way they ought.

Right in the middle of the play, Hamlet stands alone on the stage to deliver one of Shakespeare’s most famous soliloquies: “To be, or not to be…” Here he grapples in gripping verse with the reality that others have only brushed aside: “the dread of something after death,/The undiscovered country.” In his desire to be done with life and to take his own, Hamlet is brought up short and filled with unease. He is not ready to travel to that undiscovered country, and he realizes it is this fear that “makes cowards of us all.”

We might be able to avoid some of the angst the Danish prince experiences if we never think about death, or think about it glibly and brush it aside, or exert all our energies to directing all around us to fulfill our vision of the world. But our mortality shows through in cancer, car accidents, and crow’s feet. Coronavirus (very novel to most of us) rubs our faces in it (masks notwithstanding), and we find ourselves thinking about death. We are afraid.

Throughout history, Christians have had another strategy for combating the fear of death. Paradoxically, it was to remember it. Now, I’m a Christian, and I also don’t want to die. More importantly, I don’t want those I love to die. I can’t let my mind go very far down the imaginary road that ends with my children’s deaths, even though I know that their end is as inevitable as my own. That same fear that settles like a heavy mist over the stage in Hamlet and weighs on the prince even in his manic moments, threatens each of us who dares to contemplate it. However, a truly Christian remembering can set us free from fear in the very act of this contemplation.

Memento mori, literally “remember to die,” is both an object and a motif in Christian art and architecture that utilizes images of death, human skulls in particular, to remind the believer of the comparative brevity of life and the eternity that waits beyond death in Christ. It was developed to give courage to those suffering and to humble those who are at ease, with the thought of both their common beginning and common destiny: “For dust you are, and to dust you shall return.” An historic house here in Nashville hides an old grandfather clock tucked away in a hall corner; a closer inspection reveals, directly above the clock face, an inlay of a grinning skull and a scythe. They just don’t make them like they used to.

What then, is the difference between Hamlet’s fearful contemplation of death and the Christian one? Hamlet himself eventually begins to learn this. In the first scene of the closing act of the play, we see Hamlet with his own memento mori, a skull not like the shiny little decorative one that sits on my mantle, but that of a friend of his childhood. “I knew him.” From the grisly image of Yorick’s skull, Hamlet immediately turns to see the burial of Ophelia, at which point he proclaims, “For, though I am not splenitive and rash,/Yet have I in me something dangerous,/Which let thy wisdom fear.” That “something dangerous” in Hamlet may very well be the beginning of his own freedom from the fear of death, brought about by the very contemplation of death. He finally tells Horatio, in steadier, more kingly words than we have come to expect from the angsty prince, “There is a special providence in the fall of a sparrow. If it be now, ‘tis not to come; if it be not to come, it will be now; if it be not now, yet it will come. The readiness is all. Since no man of aught he leaves knows, what is’t to leave betimes? Let be.”

Ecclesiastes tells us the day of one’s death is better than the day of one’s birth. Psalms instructs us to number our days and so gain a heart of wisdom. On my mantle next to the little golden skull is a little silver cross. The very symbol of our faith is an ancient Roman instrument of torture and death; it is the world’s greatest memento mori, for in it we remember not only the death of Christ, but also the death of death; we remember His death, and our death, and the death of our death.

I can’t with honesty tell anyone not to feel afraid of death. I have nothing to say about the action we can and must take. I still don’t even know if Hamlet acted well or poorly. All I can say is that the readiness is all. Back in Act I, there was “something rotten in the state of Denmark.” Faithful Horatio’s response in the face of figurative disease and decay is “Heaven will direct it.” Let us imitate him, be directed by Heaven, and let be. Then we will be ready for whatever action is required. The readiness is all.