The Play is the Thing: A Case for Live Performances 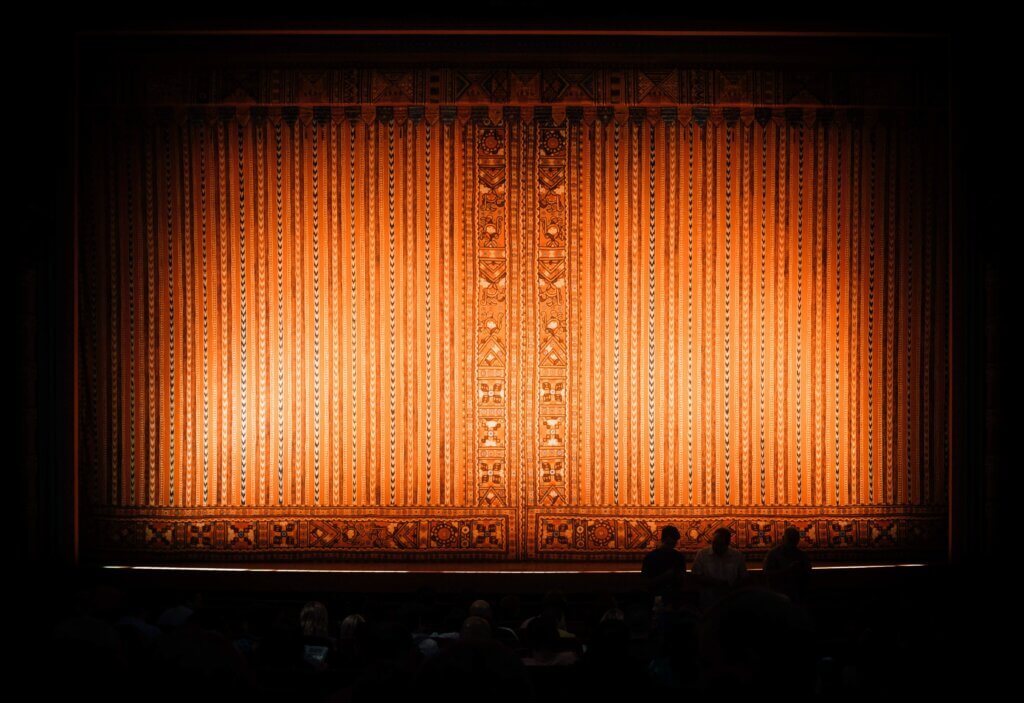 Recently our entire high school of 125 students and a handful of teachers saw Thornton Wilder’s play Our Town at a local university, free I might add. For a play written in 1938, it was indeed a snapshot of its time, approaching mid-century America post World War I and the Great Depression. After the country had seen so much loss of life (and quality of life), it was no wonder that a certain hopelessness invaded the story. In essence, Wilder simplistically depicted the passing of time in the place and people of Grover’s Corner, Americana. Yes, Americana. It is predictable and normal and mundane, and the characters are every bit flat and stereotypical. But that’s intentional. Surely all of us can identify with the bright student; the champion baseball player; the town drunk; the mom who makes thousands of meals in her lifetime.

When I asked some of my students about the performance and story, I heard some unexpected things. “Mrs. Norvell, I didn’t like it. There wasn’t any real hope, not in a spiritual way at least. I mean, I get the message from the cemetery people, like appreciate the present and the details in life, but it felt so hopeless. Like, do the dead people just forget everything, and that’s it?”

And that is why performance is critical. Here this young man observed, not read, that a REAL hope was absent. Here he discerned the apathy of an atheist or the absence of eternity. And I think he fairly questioned the wisdom of such lives, living without hope in God.

This live performance did more than just invigorate his imagination. The experience itself brought a reality to bear because it cemented his personal belief that his choice of Christ was indeed the way, the truth, and the life, not some vague hope that things would just work out.

Yes, I realize that Wilder was both praising the simple life and criticizing America. I know he hoped to turn his audience to living an appreciated life, but he missed something. In 1956, the Paris Review published an interview with the Pulitzer prize winner. Wilder admitted that most of his plays and novels dealt with one or two ideas. The most dominant one was his “unresting preoccupation with the surprise of the gulf between each tiny occasion of the daily life and the vast stretches of time and place in which every individual plays his role. By that I mean the absurdity of any single person’s claim to the importance of his saying, ‘I love!’ ‘I suffer!’ when one thinks of the background of the billions who have lived and died, who are living and dying, and presumably will live and die.”

Wilder was and is right. Perspective is necessary. Unselfishness is a virtue. But maybe he lost sight of the individual—the one created in God’s image and the one created for eternal life—in the midst of the crowd of common men.