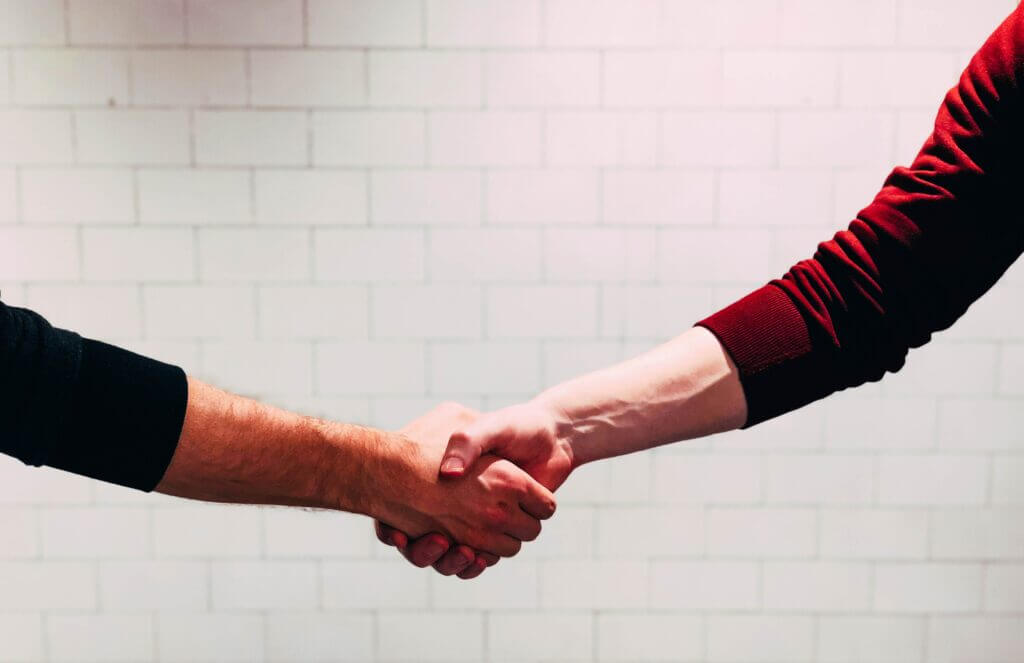 I distinctly remember the realization as the camera shutters clicked. We had gathered to bury our grandfather, and now we posed for posterity. Suddenly I realized that with this funerary passage, something new had happened, something I had never experienced before. The oldest generation had vanished, and each succeeding generation, without being consulted, had simply moved up. Nobody asked if this would be alright with them. It just happened. This meant our parents–impossible!–would be the next to die. Plucked from the grandchild group, we cousins were the new parents. We were the wage-earners, shouldering responsibilities while a new generation ran carefree, mindless of the passing of a great-grandfather, or the marching passage of time. Oddly, the exact same shock struck again on Sunday, as I worshiped via live- stream, because COVID-19 had struck America, and America was closing its doors.

We still call two parishes home. Our Maryland parish is the tech-savvy one, so it was with Maryland that I was worshiping from Michigan, while my son chanted services down the road. Like every other college student, he had been sent home to wait out the virus. When forced to decrease our numbers, our clergy prioritized the involvement of the young. So while I dressed for church at home, my boy hustled out the door. “Bye, Mom! I’ll bring you blessed bread!”

Truth be told, he’s a normal 19-year-old boy, so with midterms looming and two exams the next day, he would secretly have been glad if someone had excused him. But “this is a privilege,” I reminded him. “Your past faithfulness is serving you now.” I think it helped when he realized I wasn’t going back to bed. These are days our children will remember–if we tend them well.

“Tuning in” to my other church, I expected to see my friends, singing, reading, leading. I gulped, recognizing instead, the wee ones I had known two decades earlier, some before they were even born. How did all these children arrive at this point, ready to stand in their parents’ shoes, ready to shoulder duty? Somehow, in the wake of COVID-19, these children have become the next generation.

There is a scene in a story I taught, Wilson Rawls’ Summer of the Monkeys. A farm boy earns money rescuing circus monkeys escaped from a derailed train. As with Rawls’ other novel, Where the Red Fern Grows, the grandfather gets involved, and Jay Berry Lee grows through more hilarious, if less tender, escapades. In the corners of the story, we hear Jay Berry’s parents whispering over a stash of hard-earned cash stored in a coffee can. “Will there be enough money for our daughter’s operation? The doctor says we shouldn’t wait much longer. How will we scrape up the sum?” Daisy, Jay Berry’s sister, is crippled. But Jay Berry doesn’t notice that, and neither do we. We love Daisy for her cheer, and for her special intuition with nature.

Jay Berry’s heart has been set on owning a horse for as long as he can remember. When the circus master rewards Jay Berry, Jay’s Grandfather asks and asks again, “You’re sure you want to spend it on a horse?” “Yes, Grandpa, I’m sure! Of course, I’m sure! That’s all I’ve ever want- ed!” When Grandpa returns, we hear Jay’s disappointment. “He’s lame! He’s lame, Grandpa! You brought me a lame horse!” “Oh, I think you’ll find this horse very special,” Grandpa nods, and Jay Berry, emotionally struggling, begins to walk his lame horse home. It’s a long walk. Approaching the clearing, he spies Daisy hobbling in the distance, and suddenly he knows. He looks down at his horse’s lame leg, then out at his sister again. Something clicks, and he turns his horse around. All the way back to Grandfather he goes. He’ll surrender his hard-earned reward, so Daisy won’t be lame. That night Jay’s father confides, “You grew ten feet tall today, Son. I’d like to shake your hand.”

I ask my students, “Did you ever have a grown-up want to shake your hand?” “Give me your hand. Let me feel your handshake.” We talk about a handshake: what makes it perfect, what makes it not, and what it means to have become a man in your father’s eyes.

When I close my eyes, I can still see my other grandpa crossing the lawn to shake my father’s hand. When I was eight or nine, I wondered why a daddy would shake his boy’s hand, even if they both towered over six feet tall. It seemed like hand-shaking was for acquaintances, while hugs were for family. But when I was ten, that Grandfather died. Years later, my father mused, “What I miss most is shaking my Dad’s hand.”

My son was still singing Sunday as he mounted the steps. Swinging in, he tossed his coat and trilled, “I love singing with my uncle! Here’s your blessed bread!” I had prepared a “coffee hour”, for just the two of us. Do you remember the first time you served coffee to your son? It’s another rite of passage. My baby sipped coffee and jabbered. He repeated all the glitches, all the joys; he practically repeated the sermon by heart. A friend once said that my six-year-old would one-day practice music on his own. I guess that day has come. His father is overseas right now, but if he were home, I have a feeling he’d want to shake his boy’s hand.

Time will prove those changes that emerge from COVID-19. Some will be bad but some will be good. It may be that our children will look back on a pandemic Sunday in Lent and recall, “That was the day I saw the generations shift. That was the day that I became a man”.

Margo Sinkevitch teaches Lost Tools of Writing and is a Circe Apprentice. She thanks her pa- tient husband and her homeschooled son for standing by her passion for reflective writing.