Life and the Contemplation of Death 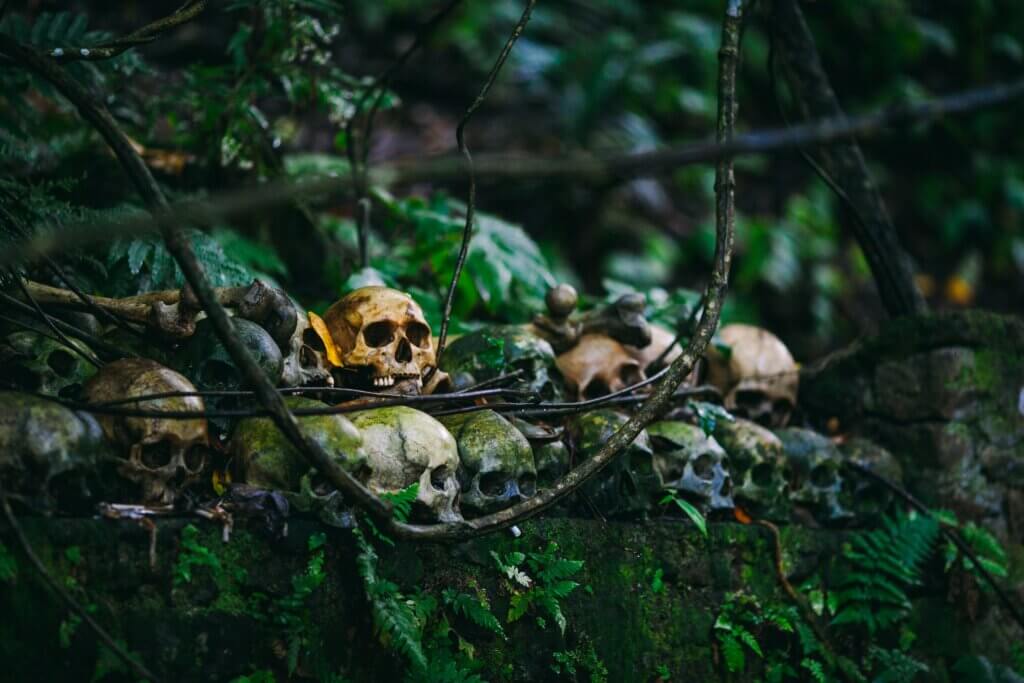 A couple of weeks ago, I was angry at a friend. During a conversation, he had said some things that frustrated me, made me feel unwanted, and it resulted in me not wanting to be around anyone else for awhile. Shortly thereafter, a couple of other friends invited me to lunch, and I refused to go with them because I was too irritated to be around anyone else. I drove off to get some lunch, alone. As I was pulling into the drive thru line at a fast food chicken joint, two vehicles in front of me crashed into each other. No one was hurt, thank God, but it occurred to me that someone could have been. Not only could there have been a casualty, but there could have been a fatality. Suddenly, the anger and frustration I was feeling toward my friend were gone. What had seemed so insuperable at the time had become inconsequential. Life had been put into perspective.

Jean-Charles Nault writes in The Noonday Devil, “Now the thought of death, precisely, gives meaning to passing time, restores a linear orientation, gives it a sense, in both senses of the word: direction and signification” (42). In a moment, death had been put in front of me, had become the center of my thoughts, and by that the signification of events in my life had been restored to their proper places: the inconsequential became recognizable as such, the important became valued as such. Something else became clearer to me as well: Christianity and Platonism are both, at various times and by various people, accused of teaching their followers to despise this physical world in hope for a greater, more real spiritual realm. Paul, for example, writes in a letter to the Corinthians:

For we know that if our earthly house of this tabernacle were dissolved, we have a building of God, an house not made with hands, eternal in the heavens. For in this we groan, earnestly desiring to be clothed upon with our house which is from heaven: If so be that being clothed we shall not be found naked. For we that are in this tabernacle do groan, being burdened: not for that we would be unclothed, but clothed upon, that mortality might be swallowed up of life. (2 Cor. 5:1-4)

He seems to be saying that this world and, specifically, this physical body are temporary and changing, but there is a realm and a “clothing” that are eternal and unchanging. This world and this body trouble us, thus we groan, not to be unclothed but to be clothed by the eternal, unchanging realm. Plato, coincidentally, presents Socrates speaking similarly:

In this present life, I reckon that we make the nearest approach to knowledge when we have the least possible concern or interest in the body, and are not saturated with the bodily nature, but remain pure until the hour when God himself is pleased to release us. And then the foolishness of the body will be cleared away and we shall be pure and hold converse with other pure souls, and know of ourselves the clear light everywhere; and this is surely the light of truth. For no impure thing is allowed to approach the pure. (Phaedo)

Socrates, too, seems to be saying that the body inhibits wisdom-that the closest we can come is when we pursue knowledge apart from entertaining the interests of the body. True knowledge and wisdom will come only when we have been separated from this impure body and are living in the eternal, unchanging realm. Why do they seem to be speaking in such a way, so derogatory toward the good God’s good creation?

God’s creation is good and is to be enjoyed. As when a child experiences the love of his mother, and a mother experiences the joy and love of her child when that child receives and enjoys his mother’s gift, so too does man experience the love of God and express gratitude to God by receiving and enjoying His gift of the creation. Yet, we make an idol of creation when we make the enjoyment of its goodness primary. This is when conflict arises. I create a vision for and expectation of what goodness is in my life, then someone else crosses me and prevents that goodness from being attained. I became angry or frustrated. I start a war (or respond in other ways of varying degrees of hostility). The contemplation of death, however, heals, sometimes even prevents that. Death restores, as Nault wrote, a sense of direction and signification to this life. My own vision and expectations become recognizable for what they ought to be. I value that which should be valued. I devalue that which is inconsequential. Paul and Plato are both preparing for us a mind that contemplates death. They are teaching us, through this contemplation, to rightly order our affections, to prize things according to their real value.

When we prize things according to their value, our life becomes more rightly ordered. Peace is possible. Harmony is desirable. The Good is good. We learn to judge rightly, and by this become better neighbors, friends, and family. Death is worthy of contemplation, not as a morbid curiosity but as an appraiser of our valuations.