What we can learn from Moses' death, Joshua's ascension, and Israel's journey 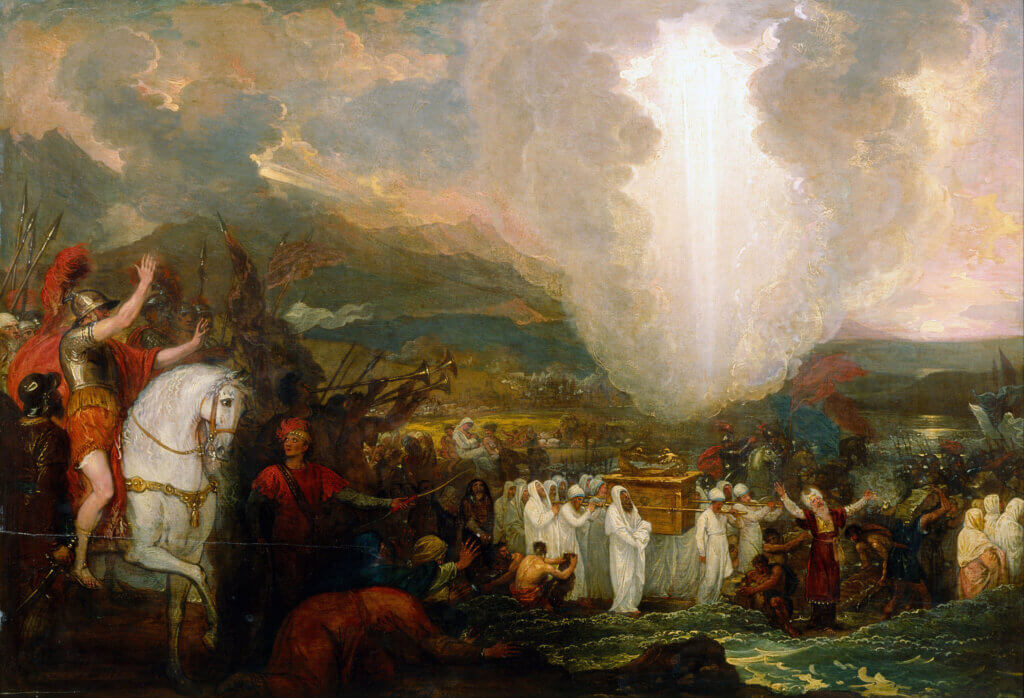 It is a recurring historical truth that succession is difficult. Monarchs with no heir typically bequeath civil war.

Before deciding they wanted a king “like all the nations” – even though that meant rejecting God as king, and rejecting all of the serious warnings from Samuel (1st Samuel 8) – God directly appointed Israel’s leaders.

Before Moses’ death, God appointed Joshua to lead Israel into the land promised to Abraham. “Joshua the son of Nun, who stands before you, he shall enter. Encourage him, for he shall cause Israel to inherit it (the land)” (Deuteronomy 1:38). And because the succession from Moses to Joshua was secure, the people were able to fully grieve the death of Moses – “And the people of Israel wept for Moses in the plains of Moab thirty days. Then the days of weeping and mourning for Moses were ended” (Deuteronomy 34:8). No worry over leadership, no threat of civil war, meant they could fully honor and remember Moses.

“After the death of Moses the servant of the Lord, the Lord said to Joshua the son of Nun, Moses’ assistant, ‘Moses my servant is dead. Now therefore arise, go over this Jordan, you and all this people, into the land that I am giving to them, to the people of Israel…No man shall be able to stand before you all the days of your life. Just as I was with Moses, so I will be with you. I will not leave you or forsake you. Be strong and courageous, for you shall cause this people to inherit the land that I swore to their fathers to give them. Only be strong and very courageous, being careful to do according to all the law that Moses my servant commanded you. Do not turn from it to the right hand or to the left, that you may have good success wherever you go. This Book of the Law shall not depart from your mouth, but you shall meditate on it day and night, so that you may be careful to do according to all that is written in it. For then you will make your way prosperous, and then you will have good success” (Joshua 1:1-3, 5-8).

When we turn the page from Deuteronomy to Joshua, we see the new Moses. Joshua took the reins, being filled with the spirit of wisdom from the laying on of Moses’ hands, and promised the presence of God with him as was with Moses. Additionally, Joshua was reminded that the “Book of the Law shall not depart from your mouth, but you shall meditate on it day and night.” In other words, even though Joshua was the new leader, he was told to carry Moses with him.

The connection between Moses and Joshua continues well beyond their leadership position. In chapter 2, Joshua sent spies into the land, just as Moses had done in Numbers 13. Interestingly, Joshua only sent two spies – equal the number of faithful spies that returned to Moses. In Numbers 13-14, the negative report of the ten “faithless” spies led to rebellion among the people that required the intercessory protection of Moses. In Joshua 2, the two spies were protected by the intercessory protection of Rahab (protected, not from God’s wrath, but from the guards of Jericho).

In chapter 3, Israel crosses the Jordan River on dry ground, just as the previous generation had crossed the Red Sea. In Exodus, Moses held up his hand over the sea and the waters withdrew. In Joshua, the waters rolled back when the priests carried the ark of the covenant to the brink of the waters of the Jordan River. The people were told to follow behind the ark so that they could see the way to follow, for they had “not passed this way before” (Joshua 3:4). After crossing the river, Joshua instructs twelve men (one from each tribe) to collect twelve stones from the river, from which they created a memorial. “When your children ask in time to come, ‘What do these stones mean to you?’ then you shall tell them that the waters of the Jordan were cut off before the ark of the covenant of the Lord” (Joshua 4:6-7) – words plainly echoing those connected to the Passover in Exodus 12:26-27.

Chapter by chapter, one hears echoes from Joshua to Moses and back, and even forward to Christ Himself (perhaps more on that another time). Yet, in just the first four chapters of Joshua, we find valuable lessons, particularly for leaders.

The truth remains that succession is difficult, but we often make it more so by our actions. There are leadership lessons (I write particularly for school and homeschool leaders) from Joshua 1-4 that are a helpful in a number of contexts – for leadership transitions, new leaders, leaders in training, and for those who are subject to leaders. And while I do not want to treat this passage as something to be stripped down for mere personal applications, there are some principles to consider with the fuller picture in view (as I tried to provide above).

Succession is difficult, but it is less so when the heir is already part of the community. Where the new leader is known, transitions are generally less traumatic.

Joshua took over, but carried Moses with him, both in spirit (Deuteronomy 34:9; Joshua 1:5) and in the Book of the Law (1:8). When Joshua sent spies into the land, he sent 2 instead of 12 – the number of faithful spies that returned to Moses.

You never move forward if you never look back. As Edmund Burke wrote in Reflections on the Revolution in France, “People will not look forward to posterity, who never look backward to their ancestors.”

And, the well-remembered, but oft-misquoted words of George Santayana in Reason in Common Sense, “Those who cannot remember the past are condemned to repeat it.”

Learn from past successes and mistakes, then take those lessons forward.

As the people crossed the Jordan River, God appointed the priests to carry the ark of the covenant in front, telling the people to follow 2000 cubits behind (about 1000 yards). The land was new and they did not know the way, but God had appointed leaders to follow. If the people followed the ark-bearing priests, they would be safe.

After safely crossing the Jordan on dry ground, chosen men from each tribe collected stones to establish a memorial so that when their children asked, “What do you those stones mean to you?” the story of God’s faithful protection could be retold.

“Memorial stones” help us keep current struggles in perspective, help us avoid the complaining to which we are all too easily given, and give us a script for teaching our children of God’s faithful goodness.