An Introduction to the Dance

The mystery of the Dance, of cosmology, and of the workings of the natural world and history are found in Him. Starting from this position changes everything 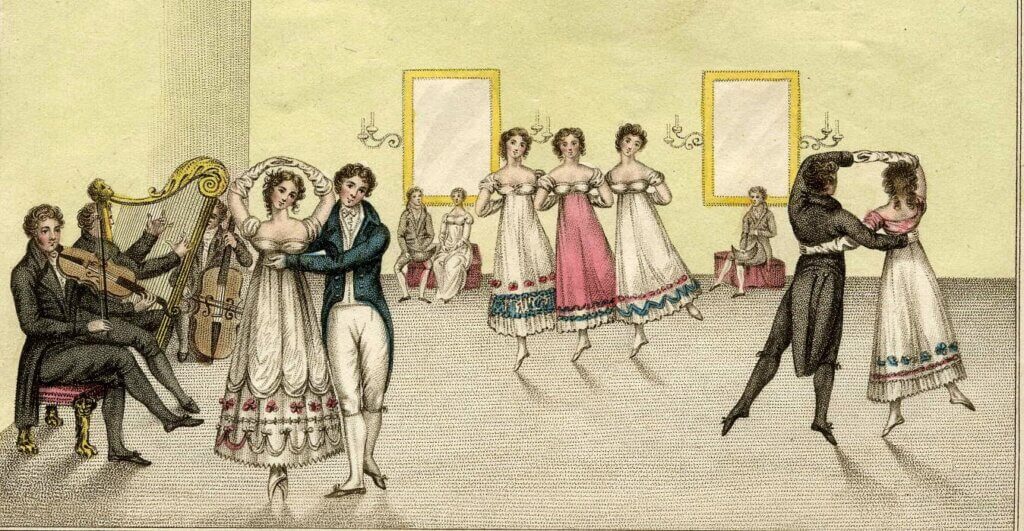 One of my favorite scenes in the film The Fisher King occurs in Grand Central Station. Perry, one of the lead characters, has lost his hold on reality through trauma, but he has snatches of sanity mostly centered around his love for Lydia—a plain-looking, ordinary girl whom he has not actually met. He knows her routines, and waits for her to show up at the terminal on her way home from work. Despite the chaos of his mind, he is searching for a redemptive path, and as Perry follows Lydia through the pushing and shoving throng of commuters, the entirety of Grand Central Station turns into a colossal waltz as couples pair up and dance through the immense space and around the couple. Love and devotion brings order to Perry’s mind.

The idea of creation as a dance is an oft-repeated trope that holds significance both theological and teleological. Who writes the steps of the dance, and what does it all mean?

But first, we must answer the question: What is the Great Dance? Following are some examples of how the Great Dance is incorporated as an operative idea in literature. E.M. Tillyard writes in The Elizabethan World Picture:

“The idea of creation as a dance implies ‘degree,’ but degree in motion. The static battalions of the earthly, celestial, and divine hierarchies are sped on a varied but controlled peregrination to the accompaniment of music. The path of each is different, yet all the path together make up a perfect whole.”

We that are of purer fire

Who in their nightly watchful Sphears,

Lead in swift round the Months and Years.

The Sounds, and Seas with all their finny drove

Now to the Moon in wavering Morrice move.

In order for a dance to work, one must know the steps, one must mutually submit to one another and to the overall dance, and one must participate and not stay on the sidelines. We see these principles at work in The Sound of Music.

Maria is dancing a traditional Austrian folk dance in the garden with the children. After the Captain watches for a while, he cuts in. As Maria and the Captain dance together as one in mutual submission, the experience of shared knowledge helps them all recognize the reality of their burgeoning romance.

Jane Austen uses dance as social commentary. In her books and the films made from the novels, the community gathers as one in order to share dances. These community dances become a touchstone of how the characters interact with others as well as their moral compass. Mr. Darcy will not deign to dance with the simple country folk and thus indicates his pride and prejudice. Mr. Wickham, who is outside of proper society, does not even show up. Mr. Knightly shows his kindness and genteel spirit by dancing with the outcast, Miss Smith. These simple actions are reflective of deeper heart issues.

At the still point of the turning world. Neither flesh nor fleshless;

Neither from nor towards; at the still point, there the dance is,

But neither arrest nor movement. And do not call it fixity,

Where past and future are gathered. Neither movement from nor

Neither ascent nor decline. Except for the point, the still point,

There would be no dance, and there is only the dance.

C.S. Lewis spends a great deal of time describing the Dance at the end of Perelandra where he writes lines such as:

And now, by a transition which he did not notice, it seemed that what had begun as speech was turned into sight, or into something that can be remembered only as if it were seeing. He thought he saw the Great Dance…

He could see also (but the word “seeing” is now plainly inadequate) wherever the ribbons or serpents of light intersected minute corpuscles of momentary brightness: and he knew somehow that these particles were the secular generalities of which history tells — people, institutions, climates of opinion, civilizations, arts, sciences and the like — ephemeral coruscations that piped their short song and vanished.

The Great Dance does not wait to be perfected until the peoples of the Low Worlds are gathered into it. We speak not of when it will begin, It has begun from before always. There was no time when we did not rejoice before His face as now. The dance which we dance is at the center and for this dance all things were made. Blessed be He!…All is righteousness and there is no equality. Not as when stones lie side by side, but as when stone support and are supported in an arch, such is His order; rule and obedience, begetting and bearing, heat glancing down, life growing up. Blessed is He!

The Dance is in praise of the Almighty. All of life and creation point to the Creator. This is why Charles Williams spoke of the Dance in The Greater Trumps like this:

Imagine that everything which exists takes part in the movement of a great dance—everything, the electrons, all growing and decaying things, all that seems alive and all that doesn’t seem alive, men and beasts, trees and stones, everything that changes, and there is nothing anywhere that does not change. That change—that’s what we know of the immortal dance; the law in the nature of things—that’s the measure of the dance, why one thing changes swiftly and another slowly, why there is seeming accident and incalculable alteration, why men hate and love and grow hungry, and cities that have stood for a century fall in a week, why the smallest wheel and the mightiest world revolve, why blood flows and the heart beats and the brain moves, why your body is poised on your ankle and the Himalayas are rooted in the earth—quick or slow, measurable or immeasurable, there is nothing at all anywhere but the dance.

The writer of Hebrews says:

Long ago, at many times and in many ways, God spoke to our fathers by the prophets, but in these last days he has spoken to us by his Son, whom he appointed the heir of all things, through whom also he created the world. He is the radiance of the glory of God and the exact imprint of his nature, and he upholds the universe by the word of his power. (Hebrews 1:1-3)

Christ upholds the universe. He is the center of the Dance. The universal theory of everything finds its answer in Christ—for by the word of his power do all things live, and move, and have their being. The mystery of the Dance, of cosmology, and of the workings of the natural world and history are found in Him. Starting from this position changes everything.